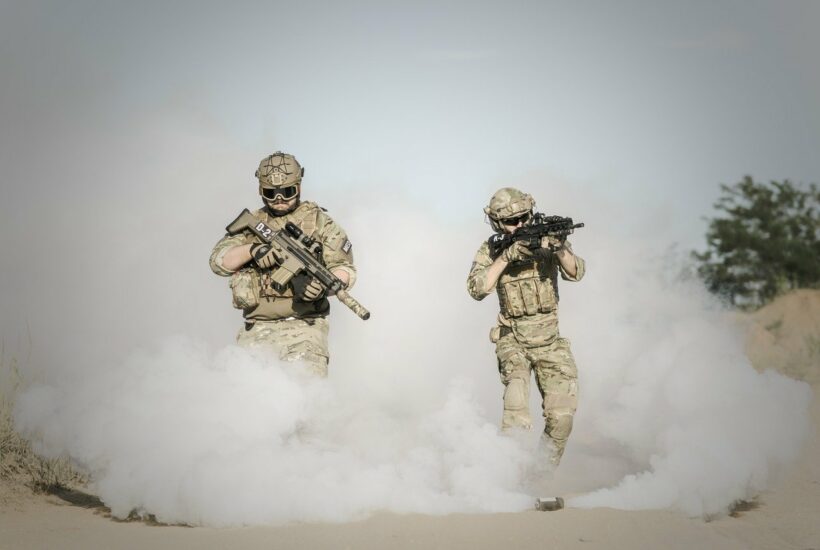 The Intergovernmental Action Group against Money Laundering in West Africa (GIABA) is working to cut off the sources of terrorist financing in Burkina Faso. Thus, in collaboration with the National Financial Information Processing Unit (CENTIF), the GIABA secretariat is organizing a workshop to strengthen the capacities of actors in the fight against money laundering and terrorist financing. The workshop is being held from June 15th to 17th, 2022 in Ouagadougou.

Read more about money laundering and terrorism in Burkina Faso and find the latest economic news from around the world with our companion app Born2Invest.

If the impact of money laundering seems to be less understood by part of the population, terrorism at least remains the phenomenon that most affects the population in West Africa, Burkina Faso in particular in light of current events. And yet, money laundering is one of the means that feeds this terrorism. Indeed, funds enter and leave the country most of the time, without any prior declaration to the competent authorities.

Yet, the physical cross-border transport of cash constitutes one of the most basic forms of money laundering and even terrorist financing. It is with this in mind that GIABA is organizing this workshop for the benefit of local actors in the fight against money laundering and terrorist financing (AML/CFT) in order to effectively fight against these phenomena.

During the 72 hours of exchanges, these actors will focus on the theme “Fight against the illicit physical cross-border transportation of cash and other negotiable bearer instruments.” These local actors are customs officers; services involved in air and land border control; those of the criminal chain, and control, and coordination authorities in the fight against money laundering and terrorism financing.

During these three days of discussion, the aim is to strengthen, among other things, the operational capacities of the participants; to improve their knowledge on profiling techniques; to block and seize cash and currency from money couriers; to make them understand the procedures for reporting suspicions or information to the CENTIF, to strengthen their capacity to write reports, to explain to them the means to disrupt transnational networks and to prevent the financing of terrorist activities

“The research reports have highlighted the predominant circulation of cash in our regional economy and indicate, moreover, that some of this cash is used to finance terrorism and to launder money”, noted Aïssata Diallo, President of CENTIF.

At the end of this activity, she expects, among other things, an increase in the detection of cases of physical cross-border transportation at exit and entry points; seizures of illicit funds; and an improvement in statistics on declarations relating to money couriers.

The representative of the Director-General of Customs, Pulchérie Dabiré, said that this activity is part of the fight against money laundering and terrorist financing techniques that the Financial Action Task Force (FATF) has issued under the name of “Recommendation 32” on cash couriers.

This recommendation, according to her, aims to prevent terrorists and other criminals from financing their activities or laundering the proceeds of their crime through the physical cross-border transportation of cash or bearer negotiable instruments. In addition, the director of the fight against fraud and surveillance of the territory welcomed the organization of this event while urging participants to a rich contribution during the exchanges. And the objective of this workshop is to strengthen the skills of customs in the implementation of this recommendation 32, added the representative of the Director General of GIABA, Djiha Benoit Konan.

Recommendation 32 of the Financial Action Task Force requires that “countries should have measures in place to detect the physical cross-border transportation of cash and bearer negotiable instruments, including a reporting and/or communication system; countries should ensure that effective, proportionate and dissuasive sanctions are applicable to persons who have made a false or misleading declaration or statement; and countries should ensure that they have a system in place to prevent the misuse of cash and negotiable instruments.”

(Featured image by DariuszSankowski via Pixabay)