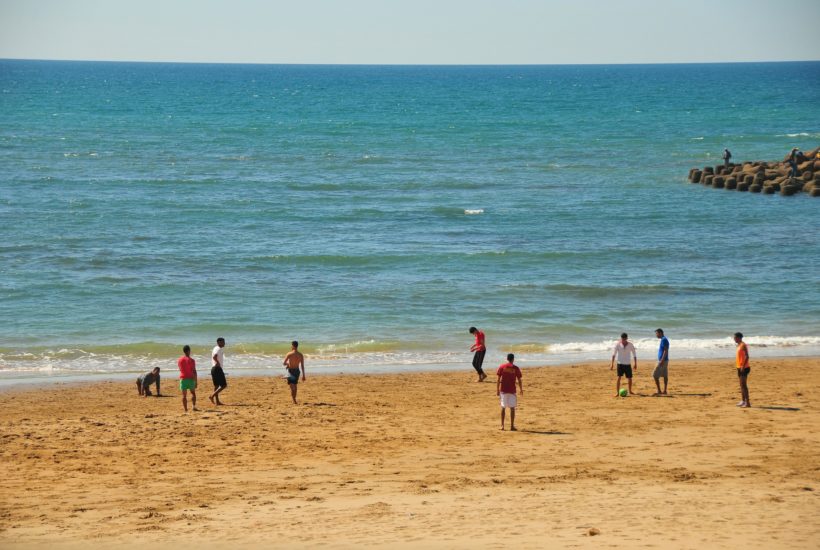 Morocco is reopening its public places whereas a few weeks ago it was still one of the most confined countries in the world facing COVID-19. It was in fact one of the four states in the world, along with Italy, Romania and France, to demand, under penalty of fines, a certificate to leave one’s home. The government had suggested that the restrictive measures introduced in mid-March would remain in place as long as the virus continued to circulate.

Find out more details about Morocco’s economy and the measures taken to halt the coronavirus pandemic with the Born2Invest mobile app. Read the latest economic news in the world with our companion app.

However, the economic and social cost has forced Rabat to change its plans, especially since the epidemic seems to be under control, with officially only 213 deaths for 35 million inhabitants and about 100 new cases a day, for a total of 10,000. The government, therefore, announced on Friday, June 19th, a second phase of easing measures. June 25th saw the reopening of cafés, restaurants, and sports halls, as well as the resumption of domestic tourism and inter-city travel by road, rail, or air. Hotels, shopping malls, and hammams were also allowed to reopen on that day, provided they do not exceed 50% of their capacity.

The beaches will again be accessible to the public, although the physical distance must be respected. All shops will now be able to stay open after 8 pm. However, with the maintenance of the state of health emergency until July 10th, the wearing of masks remains compulsory throughout the country, gatherings are prohibited, and museums, mosques, cinemas, theatres and public swimming pools are closed.

Half a dozen towns where outbreaks of infection have been identified, including one of 539 cases diagnosed on Friday, June 19th, near the town of Kenitra, also remain confined. This prompted authorities to warn that restrictive measures could be reinstated if the flows resume.

Above all, international flights are not resuming and no dates have been announced for the reopening of land, sea or air borders. Tourism, a key sector of the economy, is plunged into an unprecedented crisis. “The sector will remain devastated even after the recovery and the reopening of borders,” said Khalid Benazouz, president of the National Federation of Travel Agencies.

A large number of Mediterranean countries “have taken the lead by committing themselves to opening borders at the end of June or early July. As a result, tour operators and airplanes will program these destinations to the detriment of Morocco,” insisted Abdellatif Kabbaj, president of the National Confederation of Tourism. Tunisia thus reopens its borders on June 27th.

Morocco should experience this year its worst recession since 1996, with a drop in GDP of more than 5% due to the pandemic, according to the Kingdom’s Central Bank.

(Featured image by hnhiri via Pixabay)

First published in LesEchos, a third-party contributor translated and adapted the article from the original. In case of discrepancy, the original will prevail.