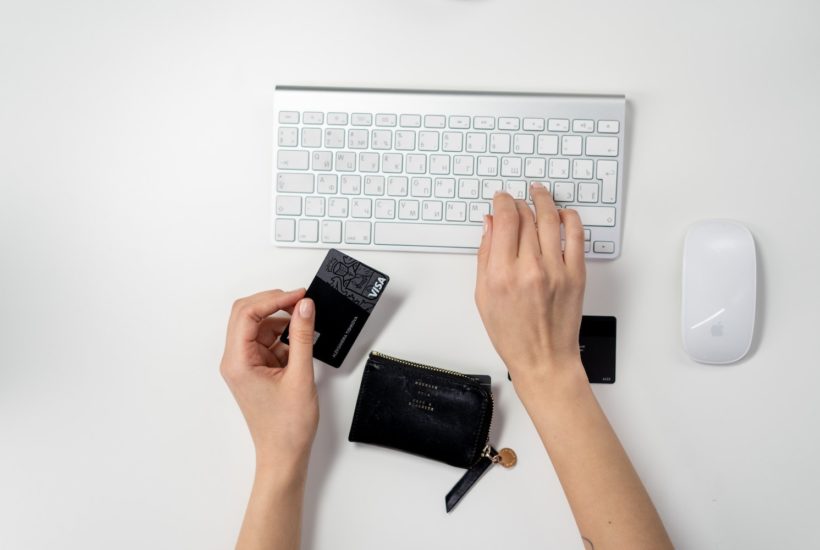 In his professional career, Uruguayan Gabriel Roizner has stamped his passport in many countries. In Latin America, besides a stint at Despegar.com, in Argentina, he undertook in Chile and Brazil.

In the country, in 2013, he founded Tizkka, a platform for tips and fashion content. Elected as one of the ten most innovative Latin American startups by the American magazine Fast Company in 2016, the company was sold two years later to Mexican Cultura Colectiva.

Now, Brazil and Mexico are at the center of Roizner’s new itinerary, which plans to open up a still unexplored space in the region. He is one of the founders of Mozper, a fintech startup, which offers debit cards, both physical and virtual, for children, in which expenses are controlled by parents through an application.

The ability for parents to control their childrens’ finances is important, particularly given the uncertainty over what’s to come in the financial news, which can be followed in our free companion app, Born2Invest.

The ‘evolution of the famous allowance’ is coming to Brazil

Founded in December 2019, the startup launched the service in the Mexican market a week ago. And it already has Brazil as the first country in its expansion itinerary.

“Our focus now is to make the product more robust in Mexico,” Roizner said in an interview with NeoFeed. “We still depend on some variables, but we are working to get to Brazil by the first half of 2021.”

Available for children from the age of six, the Mozper model is, in practice, an evolution of the famous allowance, now on the virtual plane. Through an application, parents can transfer money and define a series of rules, controls, and filters for their children’s spending.

It is possible to establish limits for withdrawals at ATMs and at which virtual stores children can shop, as well as choose the categories of products that can be consumed. The platform also allows you to create savings targets for buying, for example, a bicycle or a smartphone.

Expansion of the offer is planned, but not a short term goal

In the medium term, the idea is to add income and investment options to the platform, which also issues real-time alerts to parents about each transaction. In addition, it makes it possible to create a schedule of tasks to be fulfilled for the transfer of the allowance.

Gabriel Roizner, co-founder and CEO of Mozper says, “we want to be the financial application for the family in Latin America,” Roizner said. “Our plan is to give the ingredients for parents to decide the right recipe for their children’s financial education.

In Mexico, Mozper charges a monthly fee of $3 (69 pesos), without additional fees, for each card. With the operation in the formatting phase, fintech has not yet defined the price it will practice in Brazil.

To build the offer in the region, the company has conducted research and compiled data, which outline a scenario of the potential of this market.

“In Brazil and Mexico alone, there are about 30 million people between 6 and 18 years old with smartphones”, he says. “And this public spends approximately $30 billion on these devices.”

When it lands on the Brazilian market, however, Mozper will find at least one competitor keeping an eye on part of those figures. At the end of July, the Inter Bank launched the Kids Account, aimed at children and adolescents.

In other markets, such as the United States and the United Kingdom, this trend already has more exponents and is gaining ground. The main ones are the American Greenlight and the British GoHenry,

The former has more than 500,000 subscribers and has already raised US$81.5 million from investors such as JP Morgan, Wells Fargo, and Drive Capital. With the same volume of users, GoHenry has raised $12.2 million in crowdfunding equity platforms.

Getting investors on board

Mozper is also strengthening its bank account. The startup has just received a contribution led by the Dux Capital fund, with the participation of angel investors. Taking into account this first round and the inclusion of the startup in the Y Combinator accelerator program, the company has already raised about $1.6 million.

The funds are being used to scale and consolidate the platform in Mexico. At its launch, the startup attracted 13,000 users. The goal is to close the year with 25,000 customers. In the country, fintech has signed partnerships with companies such as Visa, for the flagship of its card, and with the Toka bank, which gives regulatory support to the operation.

For the operation in Brazil, Mozper plans to capture a new contribution. The company already has conversations with investors, local and foreign. And it is starting to make agreements with other partners in the country, among them, financial institutions that can make its performance in the country feasible from a regulatory point of view.

Roizner is, however, cautious about the official landing in the country. “Six months ago we wrote our first line of code and now we have the product in the market,” he said. “Let’s take it one step at a time. And with responsibility.”

Meanwhile, the company continues to accelerate the development of resources to encourage the service, such as offering analysis and suggesting spending controls, along the lines of GuiaBolso.

A field that is already being explored is partnerships with companies from other segments to grant benefits and discounts to platform users.

“Seeking partnerships, especially outside the financial services, is what can make more sense to make the fintech companies in this space viable and profitable,” said Bruno Diniz, founder of Spiralem, a consulting firm specialized in innovation in the financial sector. “Otherwise, it’s difficult to get out of the niche and capitalize on the model.”

(Featured image by Cottonbro via Pexels)

First published in Neo Feed, a third-party contributor translated and adapted the article from the original. In case of discrepancy, the original will prevail.