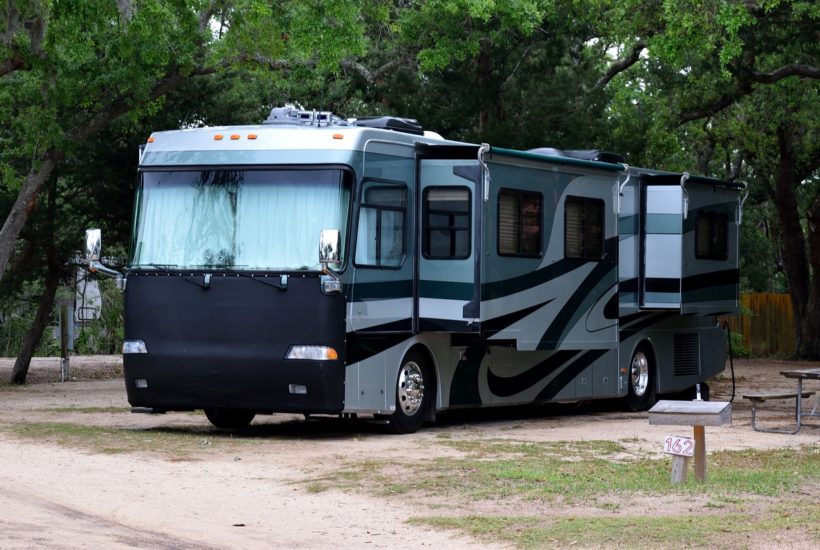 “We are the first to come back,” said Andreas Mall confidently. Mall and Paul Pizzinini are the managing directors of the Fürstenfeldbruck company “Camperboys” and are currently on hold. As for many others in the travel industry, the standstill in social life and the restrictions on freedom mean financial losses every day.

As a startup that rents out motorhomes at Munich Airport, they have not yet been able to build up the reserves they could easily get away with, in their first two years. To remain liquid, to pay the salaries of six employees and to cover running costs, money is needed. Either through the corona loans currently being extended by the development banks or through crowdfunding.

Be the first to read the most important financial news from around the world with the Born2Invest mobile app.

Like the Camperboys, many companies are currently in the same situation, not only those in the travel industry

Arno Slawinski, company advisor at the Commerzbank branch on Augsburger Strasse in Fürstenfeldbruck, is now receiving more and more enquiries and applications. Also, at Volksbank Raiffeisenbank, Chairman of the Board Robert Fedinger reported an increase in applications.

The weeks in which the usual debits from the company accounts continued, but there was no income, are getting longer and the losses in turnover are becoming more noticeable. The situation is getting worse for those who want to invest this year.

The Camperboys have also launched a crowdfunding campaign

Their business model is to be able to offer new motorhomes for rent at the beginning of each holiday season. When the season is over, the vehicles – with comparatively few kilometers and well maintained – come onto the used car market. This worked out well last year, as the two young entrepreneurs said, and 33 new vehicles have already been ordered for this year: 25 VW buses with camping equipment and eight motorhomes for up to five travellers.

The season should have started on April 1st, but already from the second week of March the Camperboys received the first cancellations. At a stroke, the travel industry came to a standstill, the prospects of being able to take the planned holiday were gone.

The company’s biggest concern was now the financing of the motorhome fleet. After talks with the supplier, with whom advance payments had already been made, delivery had been stopped, and the company was also able to do without the premises within Munich Airport, which it had rented for the first time this year. “We have shown our customers goodwill, and that has been well received,” said Pizzinini. Cancellations could be converted into vouchers that can be redeemed when it will be possible to travel again.

In order to reduce costs, they first cut their own salaries, and short-time work has been applied for the employees. The Camperboys also applied for emergency aid from the state for their six-member team. “€5,000 have been paid out – for six people,” said Mall.

To keep the company running, they calculated about €40,000, a sum they said was the target of a crowdfunding campaign. As of Monday, April 20th, €6,175 euros have been received, with 21 days left to reach the target. The money is not simply donated, but investors can expect something in return. The offers range from stainless steel camping mugs and T-shirts with the company logo to lectures by the founders.

Companies like the Camperboys also have other possibilities of financing

Robert Fedinger, Chairman of the Board of Volksbank Raiffeisenbank Fürstenfeldbruck, has held many talks with corporate customers in recent weeks. He has gained the impression that most of them are still liquid and are coming through the crisis well.

Emergency aid has been called upon, and its reserves are being used up. However, as the general standstill continues, an increase in loan applications can be observed. Since the development banks, KfW and LfA have issued Corona loans at special conditions, interest is growing and the number of consultations has increased.

At the end of last week, there were “an estimated 20 applications,” said Fedinger. At the same time, talks were being held to interrupt the installment payments of existing loans and to make back payments.

(Featured image by paulbr75 via Pixabay)

First published in Suddeutsche Zeitung, a third-party contributor translated and adapted the article from the original. In case of discrepancy, the original will prevail.