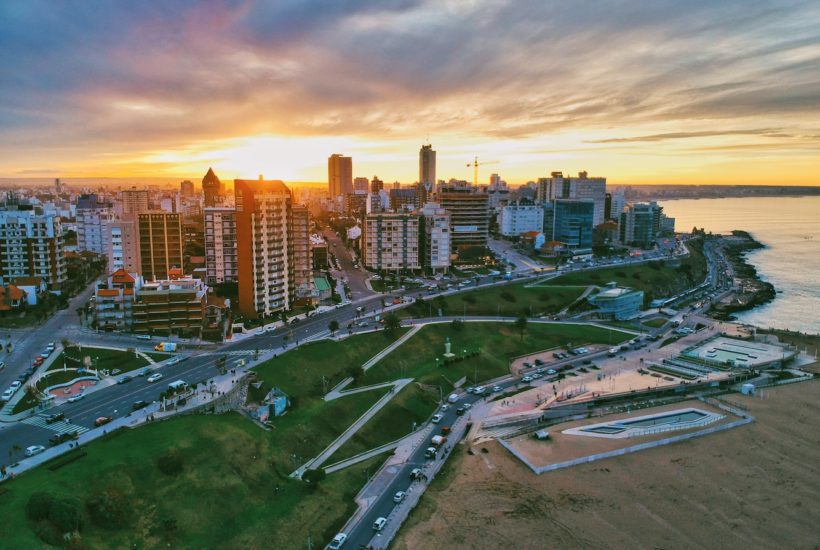 The fintech company Nubi incorporated biometric recognition technology from the Spanish company FacePhi to achieve secure validation and enhance the user experience. The agreement was signed through the collaboration of the technology partner Compusistem.

Discover more about Nubi’s new agreement with Visa International and read the most important financial news from around the world with the Born2Invest mobile app.

With the SelphID biometric solution, Nubi App users are registered simply by capturing the ID card on both sides and taking a selfie that is compared with the photo on the document. In this way, the facial recognition system verifies that it is the same person and enables the Nubi user to operate with greater transparency and security.

This technology will offer a differentiating experience within Nubi Cuenta, an app for Android devices which will soon be available. The app allows any user to pay, access a prepaid VISA International card and control all their expenses from their mobile phone, without opening or maintenance costs.

“Argentina is one of our main growth points within the Latin American market, as we have strong activity in this country. We want our activity to continue growing in Argentina and in the rest of the Latin American area in order to consolidate our position there, without leaving aside other strategic markets in our expansion plan such as Asia-Pacific, where we have already won the first contract in South Korea,” said FacePhi CEO Javier Mira.

Mariano Chiavetti, CTO/COO of Nubi, indicated: “We want to guarantee the highest security for our users, with a first class technological solution, chosen by the most important financial institutions in the world. In addition to technology, it has a team of professionals who are constantly incorporating improvements aimed at reducing friction in the experience.”

In what would be its landing in the Fintech world, Visa International sealed an agreement with Nubi to issue prepaid cards to its customers. Thus, with the impulse of this launch, the fintech company which achieved an alliance with PayPal in Argentina, will also add new products to consolidate itself as a virtual wallet and contribute to financial education with the launch of Nubi Cuenta.

“That International Visa chooses us to enter the fintech world is a compliment. It is like a letter of intent and a bet that makes in a niche where it did not operate until now”, said Sebastián Böttcher, CEO of Nubi.

The fact that this is Visa’s first step in this segment was one of the factors that seduced the people of Nubi to start offering these plastics and put off until later the proposal of Mastercard, which already issues cards for several fintech and small finance companies.

Currently, Nubi has about 150,000 users, but of that number only about 50,000 operate every month. “There are many who opened an account in order to link Paypal to a bank account for some payment they made and then never operated again,” said Böttcher, who aims to reach 500,000 users in the next 12 months.

To achieve this goal, the agreement with Visa is just the tip of the iceberg. In the next few days, Nubi will start offering the possibility of using its app to load the SUBE Card, pay for services, make transfers to other virtual wallets (CVU) or to a bank account (CBU), all services that add to the alliance it has with PayPal. In addition, with the Visa card they are looking for people who are not banked to access services such as Spotify, Rappi, Globo, Uber or Cabify.

“From the beginning, the idea of offering all this was on the road map, but the agreement with PayPal came out faster than we expected, and that’s why we put all the chips on this in the beginning,” revealed Böttcher, a former Citibank who then went through Prisma and from there jumped to Brubank, to finally land in Nubi.

The target audience is the young and unbanked

The target audience is the unbanked 15-45 year olds. “There are about 16 million people in that age range, about half of whom are unbanked. This is a segment of between 8 and 9 million people,” said Böttcher in a dialogue with iProUP.

It is the targeting of the unbanked that largely explains why they begin by offering a prepaid card rather than a credit card. “For people who are unbanked, the prepaid card is a much better tool because it’s simple to explain how to use – it’s like a SUBE, he said – and it doesn’t put you at risk of getting into debt like the credit card does,” said Böttcher, who also wants to focus on financial education.

“With this card you include financially many people who because they don’t have a bank account miss out on many services or benefits,” said Nubi. Regarding the benefits, they plan in a second stage to seal agreements with some firms to offer discounts with the use of their card, to somehow fight on equal terms with the banking promotions.

Likewise, according to the FIEL study, the main reason why individuals do not open a bank account is lack of income (59%), followed by lack of confidence in the financial system (25%), or that a family member already has one (23%), and in very small percentages for religious reasons (3%) or lack of need (3%).

“This presents an opportunity for Nubi to generate financial education and confidence in those who do not trust the traditional financial system and who find in Nubi another way to manage their money efficiently and reliably,” noted Böttcher.

According to the latest report on financial inclusion prepared by FIEL, 20% of the Argentine population has at least one credit card. Nubi sees it as an opportunity to include more Argentines within the universe of prepaid card holders and give them the possibility of accessing the Visa retail network in Argentina and abroad.

SEE ALSO  Why unstoppable innovations will kill the iPhone

The next steps the company will take

In the next few days, and as a test, the new Nubi app will be available for the inner circle (Friends and Family, as it is usually called) and when the operation is polished they will make the launch massive, first for the “nubiers” – as they call the user community internally – and then for the rest of the public.

On the other hand, according to Böttcher, the exchange trap limited the operations they carry out through PayPal, although the impact was not as negative as they had initially expected. Specifically, since the tightening of exchange controls, operations have been reduced by less than 10% because, as Nubi’s CEO said, people who receive payments through PayPal continue to do so, even though they have to be weighed when they enter the country.

However, Nubi’s focus is now on the digital account. The arrival of Visa gives a boost to this fintech company, which in its almost three years of life has always known how to distinguish itself from the rest of the market. First, for being the only one who managed to seal an alliance with PayPal in the country and now for being chosen by the main credit card issuer for its incursion into the fintech world.

First published in America RETAIL, a third-party contributor translated and adapted the article from the original. In case of discrepancy, the original will prevail.