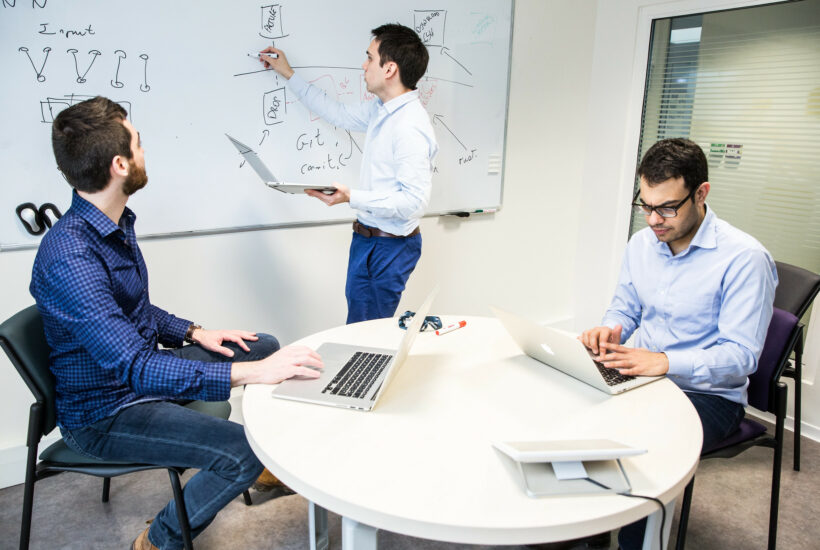 How good that we are not consumer advocates – otherwise we would have been terribly upset again yesterday. Because: What is the point of a crypto investment with a maximum (maximum!) 3% interest rate in inflation-ridden times, if the price is a total loss? And why does one give such an investment the name “Bitcoin yield account”? Maybe because “income account” sounds a bit like “salary account” or at least as if the money would not get away? It is an account after all…

In any case, when the first news made the rounds on June 12th, that the U.S. crypto specialist Celsius Network (assets under management: the equivalent of $12 billion) was denying its customers access to their assets, it initially only interested the crypto scene in this country. Then, however, the financial scene and Finance Forward scooped that with the help of Berlin-based Neobank Nuri (allegedly almost 500,000 customers) and a liability umbrella set up by Solarisbank, German investors also have part of their Bitcoins at Celsius Network.

June 12th could also have been an incisive day from a B2B perspective. After all, a number of banks, savings banks, and “normal” fintech companies are currently exploring entry into the crypto business. What are the lessons of the fiasco? And how could what happened on June 12th actually happen from regulatory and other points of view.

Read more on the subject and find the most important financial headlines of the day with our companion app Born2Invest.

Who exactly is Celsius – and what happened on June 12th?

Celsius Network, founded in 2017, has positioned itself as a so-called crypto lender, most recently managing crypto assets reportedly worth around $12 billion. Still, Celsius is not a bank, nor are its assets protected. Instead, the New Jersey-based group operates what it calls a money services business (MSB). That means Celsius is a financial services provider in its broadest possible sense, with no government oversight, not far from an exchange office in regulatory terms. Similar to Celsius, the Nexo and Blockfi platforms have also positioned themselves – to decentrally manage cryptocurrencies for their owners.

In summary, the concept looks like this: End users can transfer cryptocurrencies like bitcoin to Celsius and receive interest in return. In this case, they lend Celsius crypto. In turn, however, Celsius itself also extends loans that borrowers can collateralize with crypto and itself invests in other cryptocurrencies with the assets made available to it. In principle, Celsius thus has claims and liabilities similar to a bank towards customers and tries to always be able to generate more in interest itself than one, in turn, has to pay oneself.

On June 12th, the company announced that it would deny its customers access to their assets, i.e. no more withdrawals and transactions for the time being. The reasons given were rather vague, ranging from “customer protection” to “extreme market conditions.” It is possible that Celsius was simply surprised by a flood of recoveries and could no longer meet customer requests.

In fact, this is a major risk in the model: if customers who have lent Celsius their cryptocurrencies demand them back (which they are entitled to do at any time), Celsius may have to get them back from players to whom the assets have been lent on. Especially in a crash, this mechanism is in danger of failing. Because now suddenly holders all want to go through the same door – investors want out of crypto assets, and the platforms like Celsius itself also have to liquidate and reclaim assets to be able to serve customers. Claims and liabilities are getting out of balance – and it needs to be seen what the assets and claims Celsius holds are worth.

Why are customers of Berlin-based neobank Nuri now trembling for their money?

Nuri has been feeding Celsius its own end customers, through a so-called “bitcoin revenue account” where customers had recently been promised up to 3% interest per year if they transferred their bitcoins to Celsius for interest. Formally, it is a sale – more precisely, a loan in kind – of financial instruments, in which Nuri presumably acted as an intermediary in exchange for a commission from Celsius.

The corresponding concept dates back to 2020 (at that time Nuri was still called Bitwala), but the product was only rolled out consistently from the middle of last year. Nuri’s business idea was probably to maximize revenue with customers by earning from them twice: once when they purchase the Bitcoin (in which case Nuri collects a fee). And then a second time when the customer carries those bitcoins to Celsius via the “revenue account” route (in which case the commission we suspect may have flowed).

In our view, the product was marketed very aggressively measured against the risk. For example, the “Bitcoin Income Account” was described as “the easiest way” to earn “passive income with crypto”. Background: buzzword “passive income” is otherwise used for investments in stocks, real estate or bonds. It went on to say something like, “The time of low-interest rates is finally over.” Or also, “Our partnership with Celsius Network gives you access to rates of return you couldn’t achieve with an old-school bank account.”

This comparison in particular is questionable, as it equates lending a highly volatile cryptocurrency to a U.S. company with an “account” in both name (“yield account”) and marketing – that is, a product that local customers normally think of anytime availability and special security. The “bitcoin revenue account” is also the “more centralized answer to the DeFi trends” and “in a way also an intermediate step, to where we want to go in the future,” Nuri CEO Kristina Walcker-Mayer explained last year in an interview with “Bitcoin Echo.”

That there is no deposit protection whatsoever for the “Bitcoin revenue account”? Was not concealed (it is under the risk notes). But of course also not put in the foreground.

What was the role of Solarisbank?

Strictly speaking, Nuri is not a bank at all, but merely a banking front-end based on the license and infrastructure of Solarisbank. Formally speaking, Nuri also acts as a “contractually bound intermediary” of Solarisbank for the “Bitcoin revenue account”, i.e., in simple terms, it acts as an investment intermediary, while Solarisbank provides the liability umbrella. In concrete terms, Nuri thus refers customers to Celsius, and the customers then also make their contract (only) with Celsius.

It is a construct in which the responsibilities are completely blurred at the end. Solarisbank points out that it does not have a business relationship with Celsius; the digital assets held at Solarisbank are safe. Nuri, in turn, writes in its so-called special terms and conditions:

“Nuri shall not be liable for any damages incurred by a customer through the use of the bitcoin earning account arranged by Nuri.”
“For the avoidance of doubt, Celsius Network is acting under a separate contract with the customer and not as an agent of Nuri.”
In other words, it’s the end customer’s own fault.

What does the regulator say – and is the money now gone?

Good question. Because: the U.S. regulators had already taken aim at the crypto lender called “Earn Accounts” recently. Thus, American retail investors could no longer make new investments with Celsius since mid-April; the funds already deposited were gradually returned to them. Against it for investors from the foreign country (thus also Germany): Nothing changed.

As a result, “German” assets were thus transferred to a U.S. platform with a narrow-gauge license in recent weeks – regardless of the fact that the platform was deemed unsuitable for normal investors from the point of view of the supervisors there. The process is therefore likely to have regulatory repercussions.

However, the fact that the assets of Nuri customers have been frozen for the time being does not mean that the crypto money is necessarily gone. If Celsius Network really “only” has a liquidity problem, it seems conceivable that investors will be paid out as soon as the US platform has sufficient liquid funds again. To be honest, we cannot estimate whether this will happen.

How many local investors will be affected remained unclear until yesterday evening. According to its own information, Nuri allegedly has around 500,000 customers. Affected is “a fraction”, Mayer-Walcker wrote us in the evening. Is that a four-digit number? A low five-digit figure? That must remain speculation.

What does the incident mean for the German financial industry’s crypto plans?

That will likely depend not least on whether investors see their crypto money again or not. Recently, a real culture war has been raging around the topic, especially in the savings bank camp. DSGV President Helmut Schleweis, for example, would prefer to completely put the brakes on plans for a “crypto wallet” that have been drawn up within his sector – whereas the Schleswig-Holstein Association president Oliver Stolz recently said: “If there are customer wishes to trade with corresponding values […], then this should also be possible at the savings bank in the long term.”

The “Nuri case” could now serve as an argumentation aid for both sides. On the one hand, it illustrates quite vividly the dangers of crypto trading. On the other hand, it could also lead to the conclusion that not only fintech companies geared to self-decision makers have a right to exist in the market – but also banks or savings banks that take their customers by the hand more.

Either way: In recent months, not only many banks (besides the savings banks, also the cooperatives, Commerzbank, and various traditional private banks), but also online brokers such as Flatex or fintech companies such as N26 have pushed ahead with their crypto plans at full speed. And now, of all times, the prices are crashing and Nuri (depending on how it turns out) is experiencing a real GAU. Bad timing.