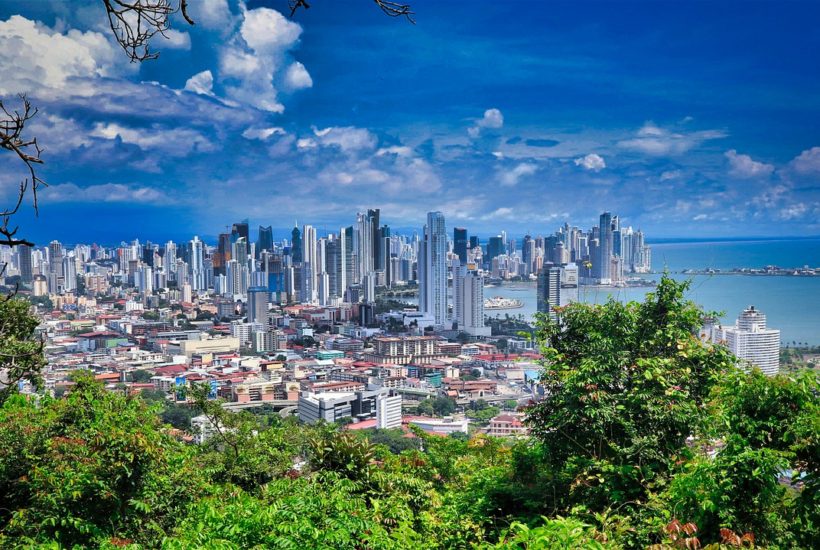 Panama became the first Central American country to approve the use of cannabis for medicinal and therapeutic purposes, after President Laurentino Cortizo sanctioned a law that creates a regulatory legal framework for its use, monitored, and controlled access.

The first draft bill on medical cannabis had been submitted to the National Assembly of Deputies of Panama five years ago, and the law that finally came to fruition was proposed by the deputy and president of this Parliament, Crispiano Adames of the governing party.

Read more about the legalization of medical cannabis in Panama and find other important cannabis news with the Hemp.im mobile app.

Now, the new law 242, dated October 13th, 2021, enters a new phase that corresponds to its regulation

The Panamanian State institutions, such as the Ministry of Health (MINSA), the Ministry of Agricultural Development, the Customs Authority, patients’ organizations, among others, have 90 days to establish its regulations.

Elvia Lau, national director of Pharmacy and Drugs at MINSA of Panama, told SciDev.Net that this law puts the country at the forefront on this issue for therapeutic, medical, veterinary, scientific, and research purposes, because it creates a regulatory framework that allows the controlled and monitored use and access of medical cannabis and its derivatives; it also contemplates allowing licenses for manufacturing and research.

“We are organizing ourselves to make its regulation and we have already talked with the Minister of Health of Panama, Luis Francisco Sucre, because it is important as a governing body, to regulate in this matter, together with other institutions,” he said.

Law 242 mentions in its content the conformation of a technical council of medical cannabis, attached to the Ministry of Health, which will be in charge of the design and follow-up of the objectives of the law. It is confirmed by nine people that correspond to four ministries: Health (who presides it), Public Security, Agriculture and Livestock and Commerce and Industries, the directors of Customs and the Social Security Fund, two representatives of patients with chronic and degenerative diseases, and a representative of medical-scientific research in medical cannabis.

In addition, it contemplates the formation of an Agronomic Advisory Council, attached to the Ministry of Agricultural Development for the design and monitoring of agronomic production. It will have seven members representing the College of Agricultural Engineers of Panama, the Institute of Agricultural Innovation of Panama, the Association of Controlled Environment Producers, and a delegate of medical cannabis producers with plantations.

Panama’s cannabis law establishes legal actions with prison sentences ranging from 10 to 15 years for those who sow, cultivate, keep or guard seeds or plants that can be used to produce illicit drugs or their derivatives for commercialization, as well as those who extract, manufacture or commercialize illicit drugs.

Carlos Ossa, activist, multiple sclerosis patient, and member of the organization Buscando Alternativas, who participated throughout the process of shaping the law, calls it a great step for patients because it opens this opportunity to prevent patients from committing illegalities out of necessity or interacting with the black market where the quality of the products for sale is not certified. But Ossa stresses that until the law is regulated, patients are exposed to buy medicines and subject to commit illegalities.

For his part, Heriberto Franco, a researcher at the Autonomous University of Chiriqui (Panama), this law now opens a new opportunity for the scientific community to initiate research in the country, and its results can be applied to medicine.

Until now, because Panama lacked a law of this type, it was considered illegal to do research with the cannabis plant. However, the regulation of the new law is awaited in order to make this possibility a reality.

In this sense, the regulation puts the country in a new and beneficial position for science and for patients, Lau added to SciDev.Net.

Among other details, in the law, medical cannabis is indicated to alleviate chronic pain or nerve injuries; to control nausea and vomiting, as well as ailments such as Alzheimer’s, Amyotrophic Lateral Sclerosis, HIV/AIDS, cancer, Crohn’s disease, epilepsy, seizures, glaucoma, multiple sclerosis, and muscle spasms. In Panama, there are cases of children with epilepsy who suffer up to 400 convulsions daily and who are waiting for the legalization of the drug to alleviate their ailments.

The deputy and president of the National Assembly, Crispiano Adames, said at the time about this law that “the greatest beneficiaries will be those people who experience pain on a daily basis”.

(Featured image by salonic1 via Pixabay)

First published in EE, a third-party contributor translated and adapted the article from the original. In case of discrepancy, the original will prevail.