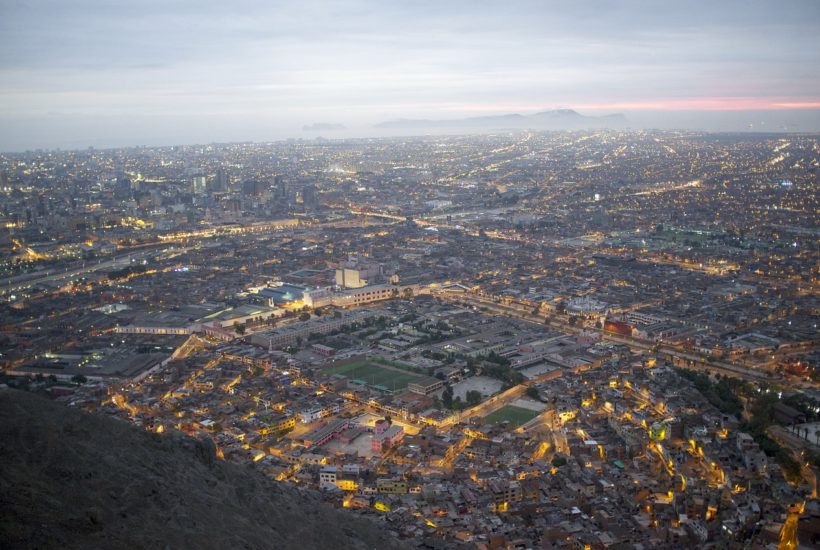 Peru dropped seven positions to 62nd place in the 2021 Global Fintech Rankings, which ranks 83 countries and more than 250 cities where there is a financial technology cluster. The report is prepared by industry research firm Findexable, in collaboration with cloud banking platform Mambu.

In 2020 the fintech sector expanded globally and financially, taking advantage of the boom in demand for technology that increases access to digital finance, according to this year’s study.

Previous reports showed that this trend was accelerating. However, during the period covered, it is noted that diversity among fintech companies soared, adding 50 new cities and 20 new countries to the index, meaning they are home to the headquarters of at least 10 privately owned fintech companies.

The 2021 World Fintech Rankings identify emerging hubs, fintech companies, and trends. The index algorithm ranks the fintech ecosystems of more than 230 cities in 65 countries, incorporating data from Findexable’s own records, collated and verified by its Global Partnership Network, including Crunchbase, StartupBlink, SEMrush, and more than 60 fintech associations worldwide.

Read more about the Global Fintech Sector Ranking report and find the latest financial news with the Born2Invest mobile app.

This year’s report shows that while major technology and financial hubs such as London, New York and San Francisco remain global hubs of development, the fintech sector is diversifying geographically.

Two Latin American countries have moved up the list, Brazil (14th) and Uruguay (17th), and cities such as Sao Paulo have moved up the rankings, with the latter joining the world’s top ten cities in terms of fintech growth. Meanwhile Mexico is ranked 32nd out of 83, after dropping two positions.

As more and more financial technology companies are being founded in a wider variety of locations, from Flutterwave in sub-Saharan Africa to the digital currency launched in the Bahamas, the needs of specific sectors of the population are being met by people from those areas.

Overall, of the 83 countries in this year’s ranking, more than 20% are new entrants. In short, emerging markets and populations that are digitally savvy but have restricted access to banking services continue to be sources of financial technology innovation.

This speaks to one of the broader themes of the report, which is that financial technology is closing gaps in consumers’ lives, many of which have been revealed or made more pressing by the COVID-19 pandemic. MasterCard data showed that in the first quarter of 2020 there was greater adoption of digital banking in ten weeks than in the previous five years. Financial technology can no longer be considered a fad, but part of the lives of billions of people – “fintech for all and not for a few.”

SEE ALSO  Is gold due for a significant bounce?

However, there is a significant gap between the major players and the next generation of innovators in terms of funding that needs to be addressed for the industry to continue to move forward with new ideas. There also remains a gap between fintechs’ customers – women are often early adopters, while emerging markets are sources of gigantic user bases – and the people who run them.

The report also shows that significant investments were made in the sector during the year. The number of “unicorn” companies (private startups with a valuation of more than $1 billion) has increased dramatically, with multibillion-dollar investment rounds from a handful of companies bringing total investment in fintech unicorns to $440 billion, up from $199 billion in April 2020. This dramatic increase in investment means that fintech unicorns now account for 20% of the total value of technology unicorns.

For Findexable founder and CEO Simon Hardie, the level of investment and activity in the fintech sector “is hugely gratifying for those of us who have been championing the industry. It is especially good to see that the pandemic has not slowed, and indeed may have accelerated, the adoption of fintech in previously underserved parts of the world.”

“Just as important as the fact that the industry is growing is the question of whether the industry as a whole is helping ordinary people solve problems of financial access, cost and simplicity. A University of Illinois study conducted using data from last year showed that a country’s level of fintech development is highly correlated with improvements in financial inclusion in emerging economies. So we can extrapolate that the rise of fintech companies in regions with restricted access to banking services will lead to greater financial inclusion in those areas,” he added.

For his part, Elliott Limb, Chief Customer Officer at Mambu, commented that fintechs are part of a global revolution to make financial services easier, faster and simpler. “They are changing the way we save, spend, borrow and invest money. Whether competing, cooperating or supporting traditional financial institutions, fintechs are transforming digital services for a real-time, on-demand world.”

He added: “That’s why we are proud to have made merit in this richly imaginative community and raise our hand to sponsor the Global Fintech Index. The need to understand where energy and ideas are created is a tool that decision makers need. Whether you are an aspiring unicorn, a neobank looking for new markets, a provider looking to go digital or a financial institution wanting to act like a fintech, you need a roadmap…. A guide to know where to start and where to go. That’s why a ranking system is important.”

For the purposes of the index algorithm, a fintech is defined as any company that applies a technology-enabled innovation specifically geared toward the provision or distribution of financial services.

The country and city rankings have been calculated based on a total score composed of a combination of three parameters:

(Featured image by youleks via Pixabay)

First published in LR LA REPUBLICA, a third-party contributor translated and adapted the article from the original. In case of discrepancy, the original will prevail.