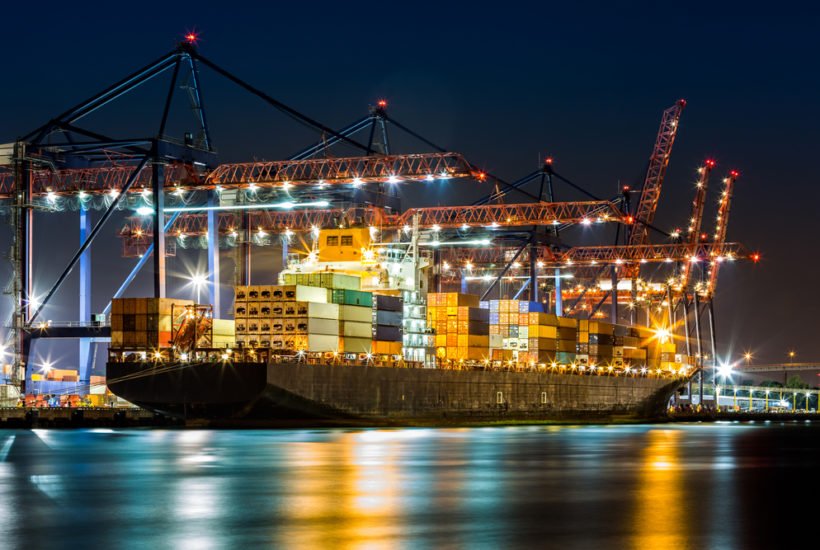 Across America, ports are expanding and posting record cargo growth. This will result in huge economic gains throughout the country. However, the positive impact is vulnerable because many critical components in the infrastructure network that allows the movement of goods are woefully underfunded, especially when it comes to security.

A majority of funding for port security comes from the Federal Emergency Management Agency’s (FEMA) Port Security Grant Program (PSGP). Annual funding for this program has not increased in the last five years. In spite of the record growth, the economic stimulus and the critical link to global competitiveness, port funding from the PSGP has remained stagnant since 2014.

The Port of New York and New Jersey is the third busiest port complex in the U.S. It also ranks as the busiest port anywhere on the East Coast after recording a 7 percent cargo increase in 2018. Recently, it surpassed the 7-million container mark for the first time ever.

In Louisiana, the Port of New Orleans moved more containers last year than any other year in its history. Data shows that cargo was up 12.3 percent from 2017. A large increase in shipments of coal allowed the three major shipping ports in Indiana to handle record cargo last year, showing a 25 percent increase in growth over 2017 activity.

At the Port of Houston, three records were broken in 2018. A 9 percent increase in total tonnage from 2017 set a new record of 35.7 tons for 2018. Operating revenue increased by $33 million over the previous year and set a record at $336 million. And, lastly, total combined business through the port’s public facilities generated a record $162 million in 2018, up $11 million over 2017.

The importance of the nation’s ports related to cargo movement and activity as well as the impact to the economy throughout the U.S. is well documented. But as ports grow and business increases, their infrastructure and facilities must expand. When that happens, security needs multiply exponentially. A recent survey by the American Association of Port Authorities predicted that $4 billion in port security funding could be required over the next 10 years.

The port organization reported that survey participants said $2.6 billion would be needed for maintenance and upgrades to current port security equipment and systems and another $1.3 billion should be invested in issues that address cybersecurity, active shooter incidents, drone mitigation, resiliency and other security threats. Ports’ needs are currently about four times greater than what is allocated annually by the PSGP program.

Last year, more than three dozen ports received PSGP grant funding. The Port of Long Beach, the nation’s second busiest port, received the largest amount — a little more than $4.1 million. That funding was for security system maintenance and enhanced physical and cybersecurity capabilities. The Virginia Port Authority was awarded $1.9 million, the Port of Stockton received a $1.48 million allocation and the Port of Oakland earned an award of $1.35 million.

While that sounds very positive, two other recipients that are not ports actually received more funding. Those actions have port officials calling foul.

The largest grant, $11.5 million, went to the New York City Police Department and the second largest grant of $5.9 million was awarded to the New York City Fire Department. Port officials note that in recent years, two-thirds of the PSGP grants have been awarded for training and equipping first responders and to improve response capabilities. More emphasis, they say, should be shifted to prevention and protection issues among ports.

Chief among the security needs is funding for cybersecurity. The AAPA survey shows that 78 percent of port officials hope to use security grant funding for cybersecurity. Another 90 percent said they would use funding for upgrading technology, the purchase of cameras and other surveillance tools. Physical security, said 86 percent of port officials, would be high on their list of immediate needs and 65 percent said they needed funding to train first responders and to use drone interception technology for tools to assist first responders.

SEE ALSO  The North Korea threat to Guam: Investors react to its rising tension with U.S.

Mobile security is another area of concern for ports. Additional funding is needed for technology to scan vehicles and address bomb threats either inside the port gates, at terminals or outside transfer hubs. Lastly, port officials are in desperate need of funding for interoperability.

The 140 nation’s ports are important for economic vitality, and they also support more than 23 million jobs nationwide. Ports represent one-quarter of the nation’s economy and securing them is absolutely essential. Many believe that port projects will likely be attractive targets for private-sector investors in 2019.

(Featured image by mandritoiu via Shutterstock)