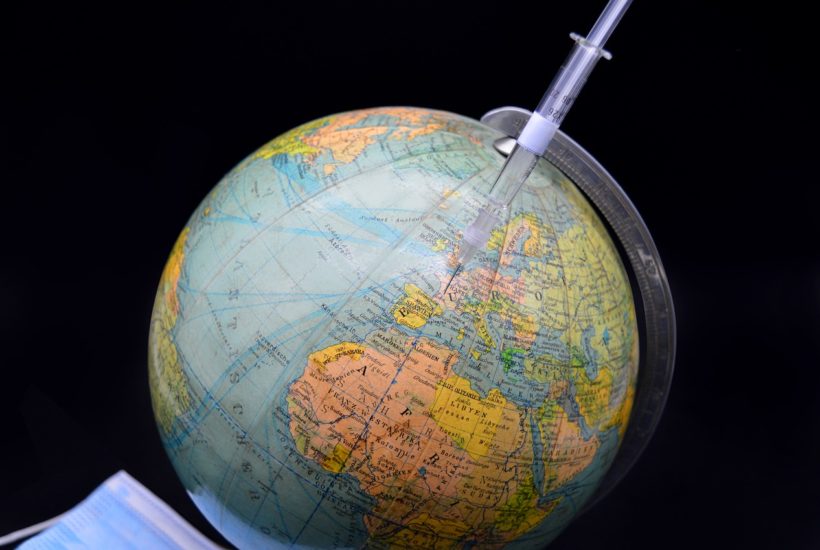 Prompted by US President Joe Biden, the debate on the global response to Covid comes to the UN General Assembly on Wednesday. In a landmark proposal in May, the US president supported the temporary suspension of Covid vaccine patents to ensure a more balanced response to the pandemic.

That suspension has not happened and, nine months after the start of vaccination, poor countries have received 0.5% of the vaccines while rich countries have cornered 80%, according to Oxfam America. That is one of the 75 organizations that are part of the People’s Vaccines Alliance, which denounces that the richest countries of the G7 have only donated one out of every eight vaccines they promised in June, so they still owe 87%. The clock is ticking while some 10,000 people continue to die every day from Covid, according to Our World in Data.

Fundación Salud por Derecho is part of this alliance and its director, Vanessa López, believes that “world leaders have an obligation to fulfill the promises they made in April 2020 on equity and justice in access to vaccines. Transferring knowledge and know-how (the recipe for vaccines) to manufacturers in lower-income countries is the best alternative to increase production, strengthen health systems and better prepare countries for future crises,” she says in a statement, adding that Spain cannot “look the other way” after the government of Pedro Sánchez also supported the suspension of patents.

People’s Vaccine calls for the patent suspension process to be accelerated. “President Biden should use his global prominence at the Vaccine Summit to call for accelerating a strong TRIPS (intellectual property issues) waiver at the World Trade Organization,” Asia Russell, executive director of the Global Health Access Project (Health GAP), said in the statement.

The alliance is taking three demands to Wednesday’s summit. An urgent intellectual property exemption agreement by November, that “legally binding commitments” be made to share vaccine doses, and that the most vulnerable and frontline workers in developing countries receive vaccines before healthy adults in rich countries get their third dose. In addition, they call for pharmaceutical companies to be required to share technology and expertise with financial guarantees that it can be produced.

Taking advantage of this same summit, Amnesty International (AI) published a report in which it states that “the major pharmaceutical companies developing vaccines against COVID-19 are fueling an unprecedented human rights crisis”. The NGO directly accuses AstraZeneca, BioNTech, Johnson & Johnson, Moderna, Novavax, and Pfizer of refusing to participate in initiatives designed to boost the global vaccine supply while planning to earn $130 billion by the end of 2022.

The report “Double Dose of Inequality: Pharmaceutical Companies and the COVID-19 Vaccine Crisis” analyzes the companies’ performance in terms of pricing, leveraging intellectual property and technology, transparency, and equitable allocation of vaccines. although to varying degrees, AI charges that all “have failed to live up to their human rights responsibilities.”

Of Janssen, the report notes that despite selling its single-dose vaccine at a cost price, it will not meet most of its commitments to COVAX and the African Union until 2022. Moreover, it complains, it has refused to grant a license to a Canadian manufacturer offering to produce millions of more doses. Finally, with regard to AstraZeneca, the report also points out that it sells at cost price but criticizes the fact that it has not agreed to share its technologies with the WHO initiatives for global access to vaccines and has opposed the suppression of patents, as has Novavax, which has not yet been approved although it has committed to donating almost two-thirds of its production to Covax.

Thus, the NGO asks that with 100 days to go before the end of 2021, countries and pharmaceutical companies “radically change course and do everything necessary to start delivering 2 billion vaccines to low- and lower-middle-income countries now. No one should spend another year suffering and living in fear,” according to its secretary-general, Agnès Callamard.

Alongside this report, the organization is launching the campaign “100-day countdown: 2 billion vaccines against IVID-19 now!” calling for the WHO target of vaccinating 40% of the population in low- and lower-middle-income countries by the end of the year to be met. “We urge States to urgently redistribute the hundreds of millions of leftover doses that are not being used, and for vaccine developers to ensure that at least 50% of the doses produced go to these countries. If states and pharmaceutical companies continue on their current trajectory, there will be no end in sight for COVID-19,” says the NGO in a statement.

The organization assures that all pharmaceutical companies except Novavax have recognized that “fair and equitable distribution is essential, especially in low-income countries”, but denounces that none of them have responded to this aspiration or fulfilled their human rights responsibilities.

(Featured image by neelam279 via Pixabay)