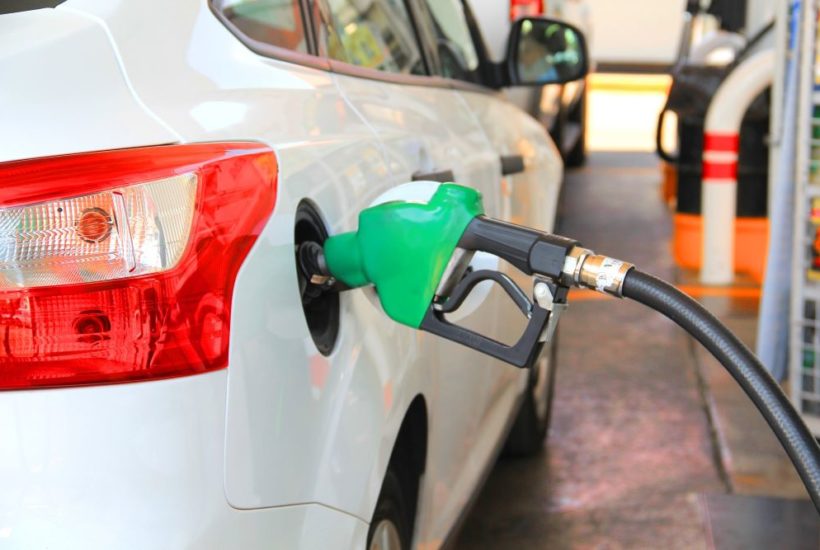 Last April, in the hardest phase of the confinement, the consumption of gasoline and diesel fuel hit bottom in Spain, returning to levels unknown for several decades. Mobility was severely restricted to avoid the proliferation of COVID-19 infections and the demand for automotive fuel sank with a good part of the cars stopped and the economic activity stopped.

Since then, the consumption of gasoline and diesel had not stopped recovering, increasing the amounts consumed from one month to another and with decreasing drops in relation to the amounts refueled a year earlier. It is not just a bump from one month to the next (which is common), but the comparison with the previous year also sharpens the fall, according to the latest data from the Corporation of Strategic Reserves of Oil Products (Cores).

Read more about the demand for fuel in Spain and how the pandemic impacted the sector with the Born2Invest mobile app. Download our companion app for free and read the most important economic news in the world.

Why did fuel demand decrease in August?

The demand for fuel from all types of automobiles grew in May (45.7% more than the data from Black April), in June (37.4% more than in May), and in July (23.4% more than the previous month). However, in August, when contagion began to proliferate and a second wave of pandemic was in the air, it fell again.

In August, the classic month of departure and return operations, and of great economic activity in other sectors linked to tourism, automotive fuel consumption fell by 9% compared to the previous month, to 2.2 million tons, with falls in both gasoline and diesel (more linked to professional activities).

The decreases between one month and another do not have to be especially significant. In recent decades, most years are with growth between the months of August and July, but also accumulate several sporadic falls (for the last one does not have to go far, occurred last year).

However, this August is particular because it comes from depressing consumption levels, which can make the drop significant compared to July volumes. Moreover, this August has also slowed down the trend of recent months that had been reflecting steadily lower year-on-year falls.

Already in March, with the start of the state of alarm in the middle of the month, the consumption of gasoline and diesel fell by 25.2% compared to a year earlier; in the historic April it sank by 59.1%; in May the fall was 42.9% year-on-year, where the recovery was timidly starting. In June the fall remained at 18.8%, while  in July the recovery continued in a solid manner and a fall of 10.4% was recorded.

However, in August the percentage fall intensified again and fuel consumption fell by 12.4%, with greater falls than previous months in both gasoline (-10.2%) and diesel (-13%). As highlighted by Cores in its latest report, even with provisional data, gasoline consumption (472 million tons) is at a consumption similar to that of August 2017, but in the case of diesel (1,727 million tons) is the worst data for almost two decades, since 2003.

So far this year, and after the April crash and the falls in the surrounding months, the demand for automotive fuels has accumulated a drop even of 21%, with only 15,270 million tons in eight months. The falls are recorded both in diesel, with 20.2% less, and more intensely in gasoline, with a collapse of 24.4% between January and August.

And if the recovery has reached its peak?

There are different impressions among oil companies about how demand will evolve, but fears are beginning to mount that fuel consumption will never return to pre-pandemic levels. After the April crash, fuel demand had been recovering at about 5 percent per week. But the recovery is now slowing down.

“We may have peaked in recovery. Consumption levels of 10 or 15 percent below pre-Covid levels are going to stay,” predicted Luis Aires, president of BP Spain, a few weeks ago. “The economic crisis, the increased efficiency of vehicles, the expansion of the electric car… It is very likely that we will not recover that consumption, that the peak demand of 2007 we will not see again,” he predicted.

During the same energy sector conference, Repsol’s CEO, Josu Jon Imaz, showed even more doubts about his rival’s own doubts and showed a “moderate point of cautious optimism” about future fuel sales.

According to an analysis from Repsol, now people use their own vehicles more to avoid public transport, teleworking is very limited, the boom in online commerce triggers transport needs for delivery… “I don’t know if consumption is going to recover fully or be less in the next three years, but in the previous economic crisis we thought it would never recover and then it has grown a lot.”

(Featured image by bere_moonlight0 via Pixabay)