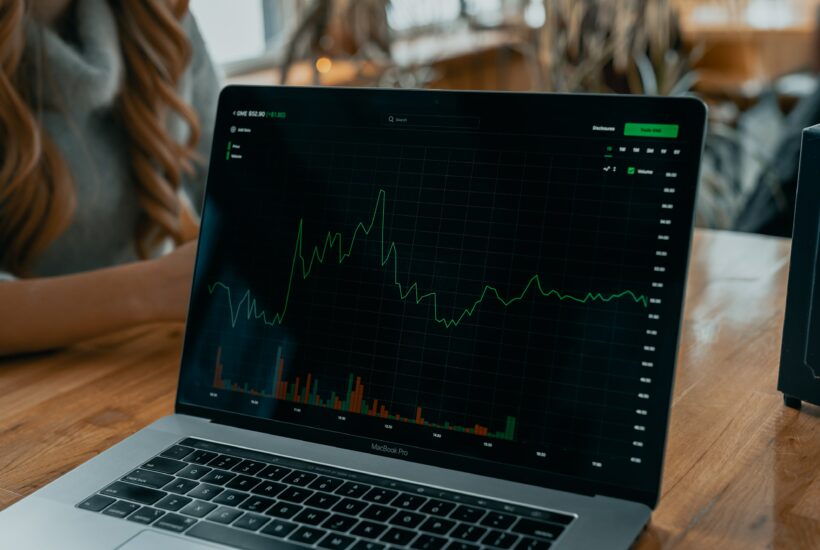 Bear market bounces are violent yet short-lived. The latest excuse for an oversold rally was provided by JP Morgan’s Jamie Dimon. The bank’s CEO stated at Morgan’s Investor Day Conference on Monday, May 23rd, that the US economy remains strong despite gathering storm clouds. He said, “I’m calling it to storm clouds because they’re storm clouds. They may dissipate.” This was indicative of the typical vapid speech of the optimistic bank CEO. While he was at it, he also raised the bank’s outlook for Net Interest Margin at the bank’s conference, causing the usual parade of Dimon groupies to celebrate with orgasmic delight about his confidence in the economy.

Perhaps Dimon is compelled to do his impression of PT Barnum because shares of JPM have lost 30% of their value so far this year. But before you believe Dimon is some economic oracle, listen to what he predicted about US economic growth on Jan. 11th when he publicly proclaimed his 2022 outlook, “We’re going to have the best growth year we’ve ever had this year, I think, since maybe sometime after the Great Depression.” He said this during a quarter that would later show to have shrunk at a 1.4% annualized rate. And that bad economic data didn’t cease at the end of Q1. S&P Global US Composite PMI Output, which tracks the manufacturing and services sectors, fell to a reading of 53.8 in May, from a 56.0 reading in April, which means the economy is fast approaching contraction territory in Q2. A slew of manufacturing PMIs also supports the view that the US and, indeed the entire global economy is faltering. The plunging numbers on home purchases and refinancing activity indicate danger is ahead. Nevertheless, despite a parade of sharply declining economic data, the financial media is promoting the view of Wall Street analysts that earnings growth is actually going to be robust this year and next.

This is one reason why the bottom of the bear market isn’t yet in sight. In fact, if the stock market were to return to a more normal valuation, one where the total market cap of equities was equal to annual total output of the economy, it would have to decline by 37% from the current level. But bear markets seldom, if ever, just decline to fair valuations; they usually slice through that level and find support once the market displays a broad array of metrics that indicate it is undervalued. So, despite a brutal bear market, the grand reconciliation of asset prices should continue on.

How brutal has it been? Ycharts calculated the percent declines from all-time highs of some widely held stocks at the end of last week.

As bad as this has been, it is more indicative of how overvalued the market had become rather than being a sign of an imminent bottom.

Vanda research recently reported that the average retail portfolio is down 32% this year. And this bloodbath isn’t limited to stocks. The flagship crypto (BTC) is down 55% since November of last year, long-duration Treasuries are down 20% YTD, and the housing bubble is the next in the queue to implode. Indeed, the evidence of an incipient real estate debacle can be found in the 6 straight months of decline in the Pending Home Sales Index.

The bear market should continue until a sufficient amount of disinflation is manifest, which can then give Chair Powell the economic and political cover to turn dovish. But this probably won’t occur until around September or October. However, in the next four months, Powell will have raised the Fed Funds Rate by an additional 125- 150 bps and destroyed $250 billion from the base money supply.

There is still a lot of damage that can be done while we wait for inflation to retreat toward 2%. Hence, investors should not expect the “Fed Put” anytime soon just because the economy is rapidly decelerating. The Fed now blames the weakening economy precisely because of inflation that ran too far away from its target. Getting inflation back toward 2% is Powell’s number one priority—that is, unless the credit markets stop functioning. However, another round of Universal Basic Income and QE, which may be deployed once again if the credit markets meltdown, will occur while the wounds of record-high inflation have not even begun to heal. That could end up being devastating for our currency and debt markets. In other words, there is no pain-free path for the Fed to take. Turning dovish may not send all asset prices soaring as it has done in the past because intractable stagflation is the salient risk and indeed the most likely outcome—and that isn’t good for most stocks.

Powell should have resigned a long time ago.

In response to the upcoming recession, expect the Fed, Treasury, and D.C. to coordinate the monetization of trillions upon trillions in helicopter money. But think twice if you believe that will fix everything. Just imagine the consequences of turning back towards a massive inflationary policy while the sting of destabilizing inflation is still raw in the minds of consumers and investors. The US now has record-high inflation while also enjoying a tremendous dollar bull market over the past year. But just imagine how destructive that inflation will become once the Fed’s balance sheet vaults over $10 trillion and then quickly races towards 100% of GDP; with no end in sight. And, at the same time, the dollar crashes–not only against goods and services like what is happening now, but against our major trading partners–causing import prices to surge.

In conclusion, the bear market has many innings to go, the Fed pivot is still months away, and that turn towards a more dovish policy isn’t going to solve all the economic and market problems. Indeed, it will make them much worse. This is why the buying and holding of a typical 60/40 portfolio no longer works. And why an Inflation/Deflation investment strategy is growing more crucial to successful investing with each boom/bust cycle.