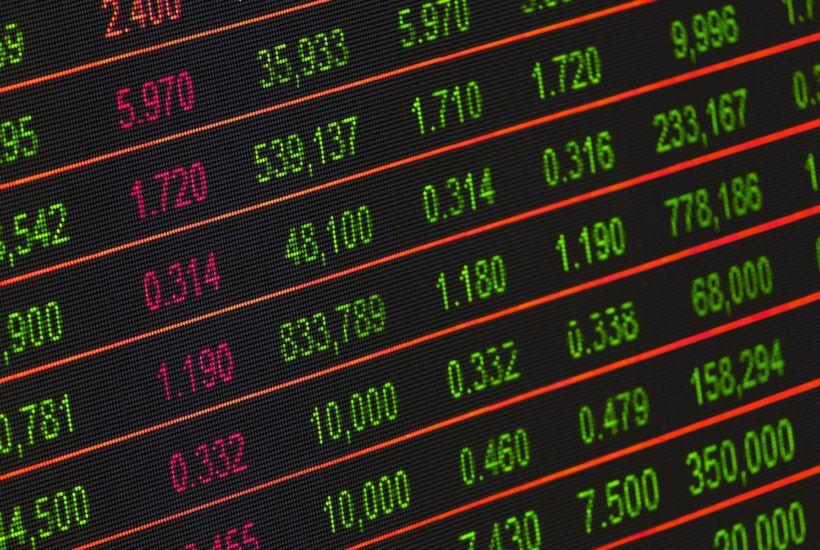 Public and private capital is pouring in. Of the $2 trillion stimulus package announced by the US government, $130 billion will go directly to the health sector, an increase of nearly 4% in annual US health spending ($3.7 trillion in 2019).

Almost as intense efforts are announced in Europe, where the effect of the controversy on the availability of vaccines manufactured by Sanofi has accelerated Franco-German cooperation on Coronabonds.

In the stock market, the biotech sector, the big winner of the crisis, was the first to come out of the water (+9.73% at the end of May), dragging the whole of the health sector in its wake (+3.58%), according to statistics collected by the Quantalys funds observatory.

“The health theme has the advantage of having been more efficient and less risky than that of technology,” emphasizes Jean-François Bay, CEO of Quantalys.

For more stories about biotech and healthcare funds, along with other key financial news stories, download our free companion app, Born2Invest.

Multi-asset managers have increased the weight of the sector in their portfolios, convinced that investments will accelerate even after the crisis. This will fuel the rise in prices.

“The stock market progression, already positive since the beginning of the year, could continue, on the one hand because the sector still has potential to catch up and, on the other hand, because it responds to fundamental megatrends linked to the ageing of the population and the reduction of poverty in the world,” argues Nicolas Deltour, Head of Investor Relations in Equity Strategies at Candriam.

“The growth of healthcare spending is more than proportional to the evolution of a country’s wealth,” he adds.

Edmond de Rothschild AM also reinforces the importance of health in its strategies. “We are convinced that the healthcare sector will maintain its structural sales growth rate of around 5% worldwide with earnings growth of 8 to 10% per year over the next ten years,” says Adeline Salat-Baroux, manager of the Edmond de Rothschild Healthcare fund.

Biotechnology at the cutting edge

Now all eyes are on the most cutting-edge biotechs in the fight against Covid, Moderna Therapeutics, near Boston, run by a Frenchman, and Gilead, a leader in the treatment of HIV and hepatitis C.

Biotech is now driving the growth of a sector that has literally transformed itself since the genetic code was deciphered twenty years ago.

“Over the last ten years, biotech acquisitions or partnerships have enabled laboratories to redirect their research towards biological products such as Sanofi with the acquisitions of Genzyme, Ablynx or, more recently, Synthorx, as well as their partnership with Regeneron,” explains Adeline Salat-Baroux.

As a result, approvals of new compounds were already accelerating before the Covid crisis. “All the products launched over the last three to four years, particularly in oncology, rare diseases and dermatology, will ensure sales growth in the coming years,” says Stéphane Reveau, manager of the Étoile Santé Europe fund, the only PEAble conviction fund in the sector, more than half of which is invested in major European laboratories.

Laboratories have the advantage of bringing stability to managers’ portfolios when biotechs, like Genfit, can plummet if tests disappoint. That Genfit fails in its (large-scale) phase III studies on its treatment for non-alcoholic liver hepatitis (NASH) and the stock plummets.

In biotech “It’s a bit all or nothing,” observes Adeline Salat-Baroux, who balances her fund in all health segments, like other generalist funds such as Étoile Santé Europe.

Stock market growth could therefore continue even if the sector remains sensitive to the programmes and statements of candidates in the US elections.

During the last elections in the United States, the healthcare sector was affected by fears of shrinking budgets, especially since “the US market represents nearly half of the world market in value terms,” points out Stéphane Reveau, manager of the Étoile Santé Europe fund.

But in the end, “Donald Trump did not make any spectacular decisions on the American healthcare system and the sector began a new cycle of outperformance which accelerated at the end of February with the health and economic crisis linked to Covid-19”, he points out.

The managers unanimously dismissed the risk that the return to normal could reduce budgets, believing that they would be “safe”.