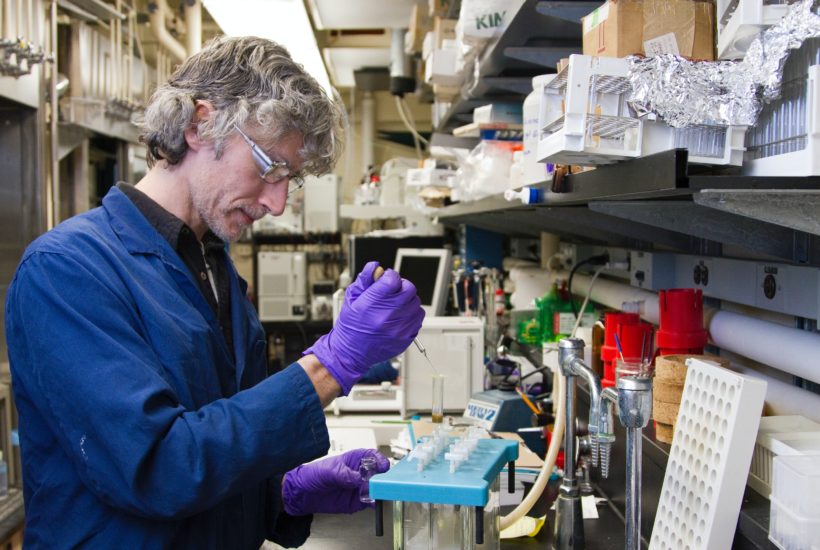 The Spanish startup 24Genetics, specialized in genetic tests, opened a financing round of $1.34 million (€1.1 million) with Capital Cell, the crowdfunding equity platform specialized in health and biotechnology authorized by the CNMV. The valuation of the company, which since its creation in 2015 has been financed with its own resources, is $10.9 million (€9 million).

Read more about the crowdfunding campaign launched by the company 24Genetics and read the latest finance news with the Born2Invest mobile app.

The company plans to speed up the launch of new products

The company plans to use the funds it raises in this round to reinforce its technological infrastructure, to speed up the launch of new products on the market, and to boost its international growth. “In mid-2021 we will establish a headquarters in Boston because that is the epicenter of the health industry,” added Esteban, who believes that being there will allow them to attract talent to “bring out some complex products that we have on our roadmap” and attract some U.S. fund “that sees the potential of the company.

24Genetics estimated that the world market for genetic tests for consumption moves some $2.43 billion (€2 billion) a year. Esteban assures that it is a sector dominated fundamentally by three large companies -23andme, My Heritage and Ancestry.com, which are very focused on the US market, and he is convinced that 24Genetics “is in a position to play the Champion League of this industry. We are one of the European leaders in this field and my goal is to position us among the big players in the industry,” he said. Ancestry was bought this summer by Blackstone for $5.7 billion (€4.7 billion).

SEE ALSO  What does the future of QIAGEN look like?

The Spanish startup, which does not rule out going public later on in an alternative market, has a mixed distribution model, as it sells directly to the end client (B2C) and to companies (B2B). The company has distribution agreements with Eurofins (Megalabs), one of the largest European clinical analysis companies, with Amazon (who buys its product for resale throughout Europe) and El Corte Inglés.

24Genetics, which has 70% of its customers outside Spain, currently offers a kit with seven different DNA tests (ancestry, nutrigenetics, pharmacy, health, sports performance, dermogenetics and talent and personality). 100% of the tests are carried out in a European laboratory using Illumina technology, one of the world leaders in generic sequencing. The price of their tests ranges from 149 to 399 euros. The company assures that it does not market its clients’ genetic data to third parties.

Esteban explained why they have chosen Capital Cell and the equity crowdfunding formula to carry out this round of financing. “We liked this platform because it is only dedicated to health and biotechnology and has a methodology where before entering you are evaluated by an independent network of more than 1,000 experts, the BioExpert Network. Only 3% of the companies that arrive end up being approved and published by the platform, and that gives a seal of guarantee.” In the last five years, Capital Cell has carried out 50 financing rounds and has attracted $60.8 million (€50 million).

As far as equity crowdfunding is concerned, he points out that this route allows them to have many partners, who will become their ambassadors. “Furthermore, if we finally decide to go to an alternative stock market, where you need to have many minority investors, we would already meet that condition,” he pointed out.