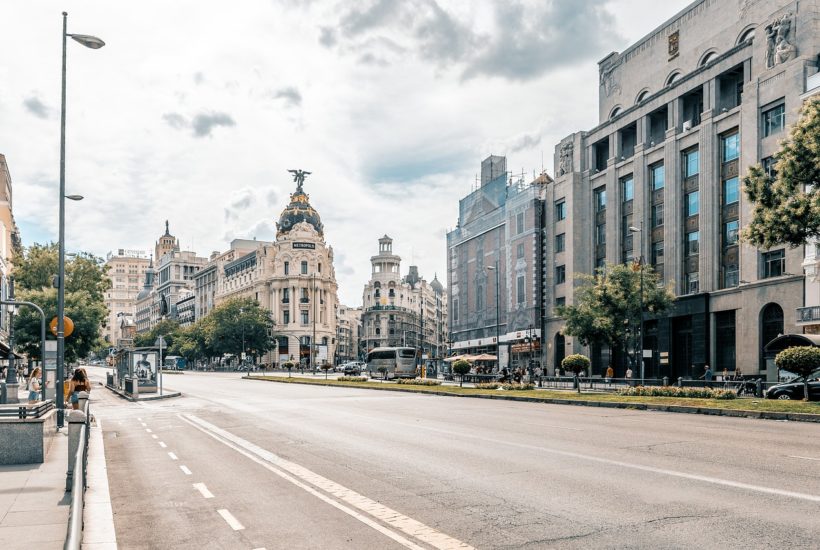 After the economic crisis of 2008, and, especially, the one caused 12 years later by the coronavirus, the European Union has redoubled its commitment to reduce energy and industrial dependence on hydrocarbon-producing countries and to encourage its own production. The war that broke out in Ukraine last February only confirmed the need to take a firm step towards energy independence, focusing on the decarbonization and circularity of the economic system in order to minimize the effects of global warming. But it is not easy, nor can it be done overnight.

Find more about the promotion of biogas by the Spanish Government and read the latest economic news of the day with the Born2Invest mobile app.

With the Hydrogen Roadmap, approved in October 2020, the Government began the deployment of this incipient sector

Renewable gases (green hydrogen and biogas), together with photovoltaics and wind power, are the energy pillars on which the European bioeconomy will develop in the coming decades, as they will make it possible to replace the use of fossil fuels even in those sectors where electrification is not feasible to achieve a carbon-neutral future.

In addition to the environmental advantages, harnessing the potential of renewable gases in Spain will bring a set of benefits that will help reduce energy dependence, strengthen the circular economy, and fix the rural population thanks to the growth of its broad business value chain.

With the Hydrogen Roadmap, approved in October 2020, the Government began the deployment of this incipient sector, which last March 22nd took a new step with the activation of the Biogas Roadmap, a document that identifies the challenges and opportunities of this energy source and proposes to multiply by 3.8 its production until 2030, exceeding 10.4 TWh. It will also make it possible to avoid the emission into the atmosphere of approximately 2.1 million tons of CO2 equivalent per year.

SEE ALSO  Increasing political polarization can affect the US economy

Focused on waste recovery, this guide has been designed with the aim of promoting the use of biogas in two main ways: the production of electricity and useful heat -especially for industry- and its use as a sustainable biofuel for mobility. In this sense, a ministerial order is being processed with the regulatory bases to distribute aid for $164.5 million (€150 million).

In order to boost the biogas market, the Roadmap includes 45 specific measures divided into five lines of action. Firstly, it establishes the creation of a system of guarantees of origin, similar to that of renewable electricity, so that consumers can distinguish biogas from conventional fossil gas, highlighting its renewable origin. It also includes the streamlining and homogenization of administrative procedures and the improvement of waste regulations, to facilitate the obtaining of renewable gas and the subsequent use of the resulting digestate after the anaerobic process, mainly as fertilizer.

The second point highlights the possibility of establishing annual penetration targets for the sale or consumption of biogas, with mandatory quotas; in addition, it is proposed to encourage its production in areas with abundant raw material -where there are livestock farms, agri-food industry, or waste treatment plants-, together with measures to promote on-site consumption, in vehicle fleets, in thermal uses, in hydrogen production, and the substitution in general of gas of fossil origin, provided that it is economically viable.

The text also envisages earmarking existing aid lines to finance innovation and technological development, as well as taking advantage of the boost that the Recovery, Transformation and Resilience Plan (PRTR), which includes aid for biogas, can provide to the sector.

Finally, it plans to promote those projects that demonstrate their use in industry and to promote innovation in less mature technologies, as well as to encourage research to reduce emissions of polluting gases.

(Featured image by c1n3ma via Pixabay)