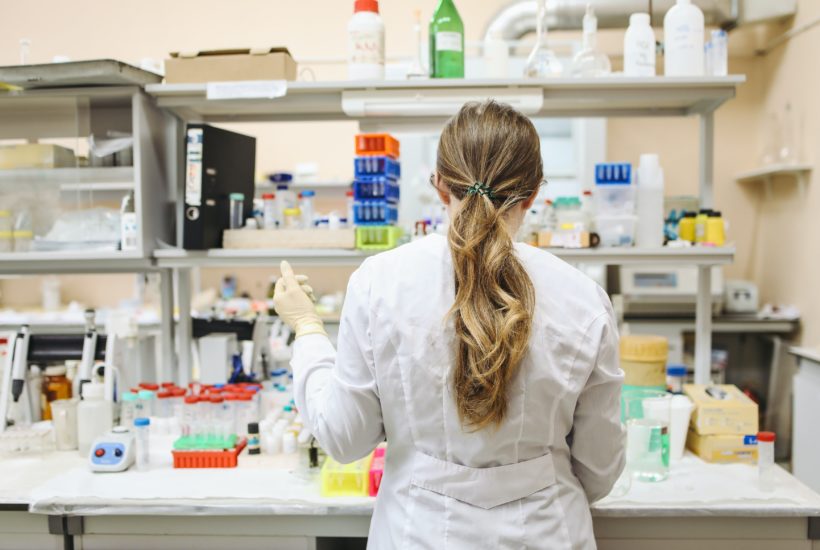 The Spanish pharmaceutical industry maintains investments despite the current situation caused by the COVID-19 pandemic. Listed national companies in the sector increased their combined investment by $5.4 million (€5 million) in the first quarter of 2020 compared to the same period in 2019, exceeding $162 million (€150 million). That is a rebound lead by Almirall, as a result of the announcement of the launch of new products.

If you want to find more details about the financial results of the most important Spanish pharma companies and to read the latest financial headlines, download the Born2Invest mobile app.

Investments in the first quarter were backed mainly by Almirall

Almirall was the one that made it possible for the investment not to decline, with an increase of over 40%. The Faes Farma group does not give a breakdown of the investment made in its quarterly report, although it does refer to its latest operation, which is related to BCN de Colombia. “The latest investment in the international area is already bearing fruit, providing more than $5.4 million (€5 million) in terms of turnover in a single quarter and meeting the objectives,” the group pointed out.

The Spanish pharmaceutical laboratory controlled by the Gallardo family closed the first quarter of 2020 with an investment of $52.8 million (€48.9 million), compared to $37 million (€34.3 million) in 2019. The group’s commercial operations and new launches are a major boost to the company. In February 2020, Almirall acquired the license rights of Seysara for China.

SEE ALSO  Financial FOMO with Lyft: Should you follow suit?

The application for registration with the Chinese Nmpa is expected to be submitted in 2023. It is estimated that there will be a potential of 13 million patients treated for moderate to severe acne among China’s urban population by 2028. This is one of the examples highlighted by the pharmacist.

Grifols continues to be the laboratory with the highest investment, $90 million (€83.3 million). Despite a 6.7% decline, the company highlighted in its quarterly report that “investment levels in R&D&I confirm and reaffirm Grifols’ commitment to growth and its long-term vision, in addition to its ongoing efforts to help mitigate the health emergency caused by COVID-19.”

Investment in R&D at PharmaMar fell from $16.4 million (€15.2 million) to $13.3 million (€12.3 million) between the two quarters. Oncology accounted for $12.4 million (€11.5 million), compared with $14.3 million (€13.3 million) in the same period last year. This decrease is due to the fact that in the first quarter of 2019 there were still expenses for the Corail Phase III trial with Lurbinectedin, as well as higher expenses for the Atlantis and Basket clinical trials, both for Lurbinectedin in small-cell lung cancer.

Reig Jofre recorded an investment of $5.9 million(€5.5 million), compared with $6.2 million (€5.7 million) a year earlier. “Investments continue at the planned level, with the main weight associated with the construction of the new injectables plant in Barcelona,” said the Catalan group.

SEE ALSO  Should investors buckle up for riskier markets ahead?