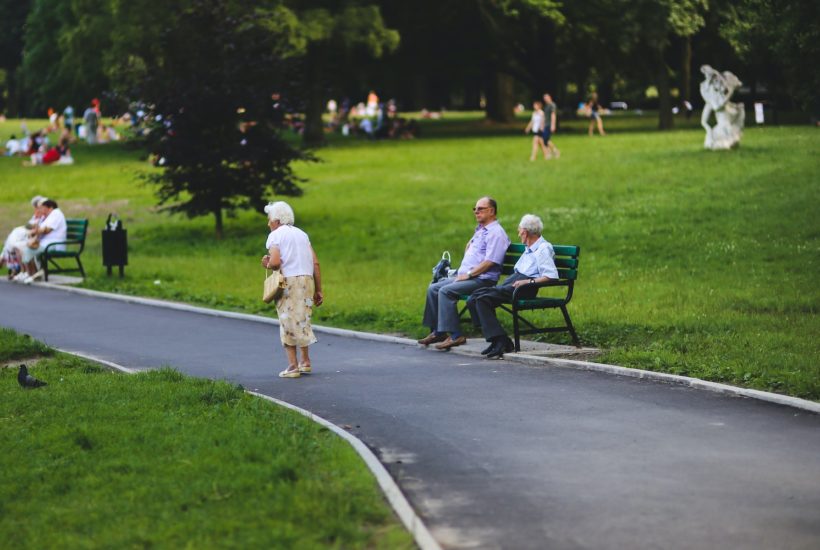 “The difference between death and taxes is death doesn’t get worse every time Congress meets.”

“Which has a better rate of return, a 401(k) or an IRA?”  Some of my followers might get a chuckle out of this question, but as a Certified Financial Planner, it’s a question I’ve heard countless times.  Clients become infatuated with one metric when considering financial planning, and that is ROR.  However, there are many other factors that impact a plan’s probability of success, such as liquidity and taxation.  These last two points are dictated more by the type of account holding the investments, not necessarily the investments themselves.  So, if that leading question is something you’ve often been wondering about, remember that a 401(k) and IRA are just types of accounts, like a holding tank, but not actual investments.

In respect to liquidity, retirement savers are usually familiar with the Age 59.5 sensitivity associated with most qualified plans, either from their benefits orientation, or a rude awakening when they try to tap their retirement plan only to find out there could be a tax consequence and a 10% premature distribution penalty.  This article will focus on taxes, an overlooked, and constantly changing, dynamic that can wreak havoc on the best laid plans.  Rate of return deserves its attention, but if Uncle Sam decides to take half of that asset, suddenly it’s not so valuable.

Income taxes have historically been the most severe form of taxation in America.  The US uses a progressive tax system, meaning the more money you make, the more taxes you’ll pay.  In 2020, there are seven tax brackets, starting at 10% and peaking at 37%.  It’s worth noting that the US uses a marginal tax system, this means that only the dollars that eclipse a bracket get taxed at that rate (i.e. A single man makes $518,402, putting him in the 37% tax bracket.  Only $1 will be taxed at 37%, everything below $518,401 will be taxed in lower brackets, creating a lower “effective tax rate”.).  These brackets are determined by income and filing status:  Single, Head of Household, Married Filing Jointly/Qualifying Widow, or Married Filing Separately.

Perhaps the worst part about planning for future income taxes, is the constant change.  In 1913, the 16th Amendment created federal income tax.  The top tax bracket was 7% on all income over $500,000, which would be about $11 million in today’s money.  The highest tax rate ever was 94% in 1944, levied on all income over $200,000.  The rates have continually changed with almost every new administration up until today, with 37% being the top bracket for 2020, as previously mentioned.

A capital gain occurs when a capital asset is sold or exchanged at a higher price than its basis.  Short-term capital gains, those that occur within one year, are taxes as ordinary income (see above).  Long-term capital gains, assets held over one year, can enjoy a lower rate.  In 2020, there are three capital gains tax brackets, including 0%, 15% for the majority of Americans, and 20% for high earners (i.e. Filing Single with over $441,450 taxable income). Investors may also be subject to a Net Investment Income Tax (NIIT) of 3.8%, since the passage of Obamacare.

Now that we have a general understanding of the potential taxes faced in retirement, let’s discuss common sources of retiree income and in which category they may fall…

Typically speaking, pensions and annuities will be treated as ordinary income.  In situations where the recipient contributed post-tax dollars to their pension or annuity, some of the benefit will not be taxed as a return of principal.  Please note that states with a state income tax may vary on how they tax such benefits.

Distributions from Pre-Tax retirement plans, such as Traditional IRA’s, 401(k)’s, 403(b)’s, etc. will all be taxed as ordinary income.  Distributions from Roth accounts, so long as they were held for over five years and withdrawn after age 59.5, can be enjoyed tax-free.

As you can clearly see, taxes are one of the greatest wealth-eroding factors, and often are not fully felt until the golden years.  Many retirement savers mistakenly identify their pre-tax retirement contributions in their working years as a “tax savings”, only to be blindsided in retirement by what became a compounding “tax postponement”.  Withdrawals from these plans then exacerbate the tax liability against pension payments, social security benefits, and taxable accounts.  What felt like the best option in the accumulation phase, often feels like the worst option in the distribution phase.

In conclusion, diversifying investments to achieve the desired rates of return remains important, but diversifying future tax bills can be even more critical.  Be sure to work with your tax advisors, as individual situations may vary.