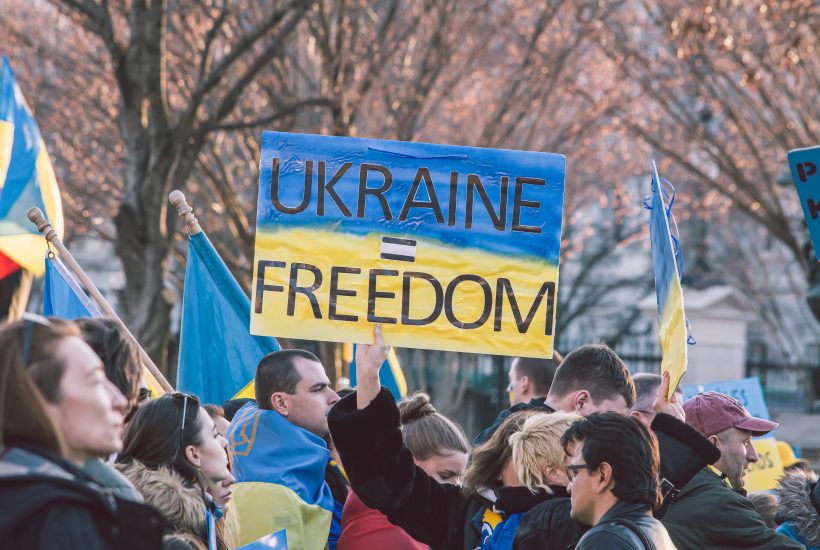 At the end of February, from Ajaccio, Dr. Nataliya Khobta-Santoni watched helplessly at a war that was going to bruise her country, Ukraine, and created the Corsica-Ukraine association. Many months later, while the conflict is bogged down, this oncologist based in Corsica since 2009, continues to act to help Ukrainian hospitals.

Alternating with her husband, she multiplies the trips between Corsica and Ukraine to transport medical equipment and medicines there, with her own vehicle, always full to bursting. In all, the couple has already made six convoys, each time loaded ” with around €20,000 of equipment,” including two in the month of November alone. “We paid for three trips out of pocket, then it started to get complicated,“ she said regretting: ”And the trip becomes more and more expensive because of the cost of gasoline. Each time, it costs us around €2000.” In order to be able to continue its action, the association, therefore, calls for financial donations, which can in particular be made via the crowdfunding platform Move.corsica.

On the other hand, it also calls for donations of medical equipment such as wheelchairs, crutches that are no longer used, or bandages, bandages, compresses, or even gloves, sterile or not. “ Everything except drugs,” she underlined, explaining that the process is very supervised for these products, which are, moreover, given in large numbers by Corsican pharmacies and hospitals. “A lot of people want to donate warm clothes when they see people freezing to death in Ukraine. But bringing it there would cost us more than buying the same clothes before crossing the Polish border,” she said.

A few days ago, however, it was a special and exceptional proposal that the association received from the company Corstyrene, and in particular from Daniel Dutilleul. “They offered us a generator that they weren’t using. It’s something huge that can supply a small hospital,” said Nataliya Khobta-Santoni, hoping to be able to send this donation to Ukraine soon, “I want to thank them and express my deep gratitude to them because it is a total initiative on their part and it is extraordinary.”

“Corsican solidarity is enormous,” she rejoiced again, noting however that public opinion is increasingly losing interest in this war. “I see that everyone is starting to get a little tired,” she said.

“Unthinkable to experience this in the 21st century “

The young oncologist admits for her part that she is extremely concerned about what her country is going through, where many of her relatives are still located, all the more since the resumption of the bombardments a few weeks ago. “There are women and children who are sick, who are in the cold, without electricity. It is absolutely unthinkable to be able to experience this in the 21st century,” she lamented. “A friend sent me a video of the street where we were at school a few days ago. When I received it, I couldn’t do anything anymore. I don’t even know how I ended my day at the hospital,” she said.

The president of Corsica-Ukraine still says that she received a video a few days ago, that marked her a lot, from the pediatric cardiology department of a hospital in Dnipro. “As there was a general power outage, including in the hospital, during an open-heart operation on a child, the nurses had to light up the surgeon with their cell phones. We had to continue because if we would have given up, the child on the table would have died. But it’s completely catastrophic,“ she is moved, also thinking of her daughter’s godfather, also a doctor, who is currently on the front, somewhere between Donestk and Dnipro.

First published in Corse Net Infos, a third-party contributor translated and adapted the article from the original. In case of discrepancy, the original will prevail.