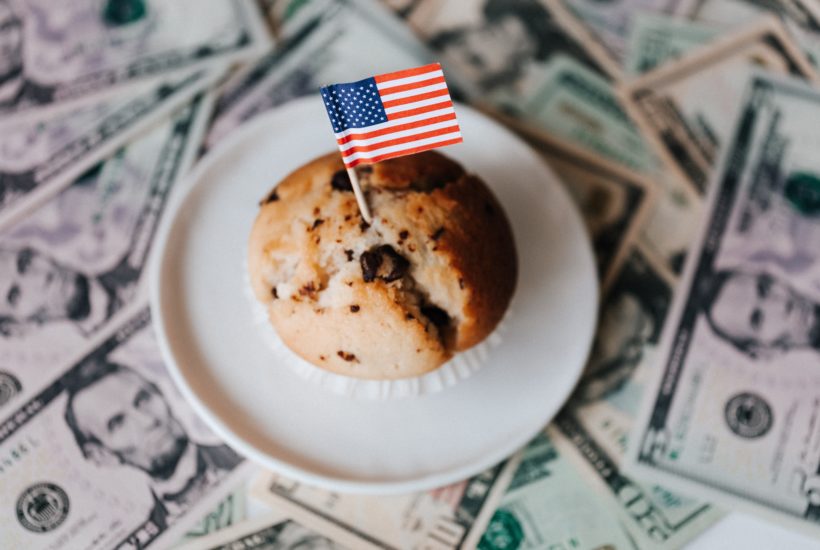 It is not very surprising to me that nearly every talking head on Wall Street is convinced inflation has now become a permanent feature in the U.S. economy. This is because most mainstream economists have no clue what is the progenitor of inflation. They have been inculcated to believe inflation is the result of a wage-price spiral caused by a low rate of unemployment.

In truth, inflation is all about the destruction of confidence in a fiat currency’s purchasing power. And there is no better way to do that than for the government to massively increase the supply of money and place it directly into the hands of its citizenry. That is exactly what occurred in the wake of the global COVID-19 pandemic. The U.S. government handed out the equivalent of $50,000 to every American family in various forms of loans, grants, stimulus checks, enhanced unemployment, tax rebates, and debt forbearance measures. In other words, helicopter money and Modern Monetary Theory (MMT) were deployed—and in a big way. The result was the largest increase of inflation in 40 years.

We’ve had some of the highest GDP growth rates in U.S. history over the past few months and the greatest increase in monetary largess since the creation of the Fed. But this is mostly all in the rearview mirror now. Consumer Price Inflation is all about the handing of money directly to consumers that has been monetized by the Fed. It is not so much about low-interest rates and Quantitative Easings—that is more of an inflation phenomenon for Wall Street and the very wealthy.

The idea that rising Consumer Price Inflation has become a permanent issue is not grounded in science. As already mentioned, inflation comes from a rapid and sustained increase in the broad money supply, which causes falling confidence in the purchasing power of a currency. At least for now, that function is attenuating.

After all, what exactly is there about a global pandemic that would cause inflation to become a more permanent issue in the U.S. economy? In the 11 years leading up to the pandemic, inflation was not a daunting issue—it was contained within the canyons of Wall Street. In fact, the Fed was extremely concerned the rate of Consumer Price Inflation was too low. And, that the economy was in peril of falling into some kind of deflationary death spiral. This is despite ultra-low borrowing costs and money printing from the Fed.

This means, in the 11 years following the start of the Great Recession, all the way through the start of the Global Pandemic, consumer price inflation was quiescent despite the prevailing conditions of zero interest rates and quantitative easings. However, consumer price inflation began to skyrocket by the second quarter of 2021. In fact, it has averaged nearly 5% over the past four months on a year-over-year basis. What caused this trenchant change? It was The 6 trillion dollars’ worth of helicopter money that was dumped on top of consumers’ heads. Regular QE just creates asset price inflation for the primary benefit of big banks and Wall Street.

But, the helicopters have now been grounded for consumers and soon will be hitting the tarmac for Wall Street as well; that is, once the Fed’s tapering commences this winter. Hence, CPI is about to come crashing down, just as is the growth in the money supply. M2 money supply surged by 27% in February 2021 from the year-ago period. But, by June of this year, that growth was just 0.8% month over month, or down to just 12% year-on-year.

The Government Lifeline is Being Cut

The highly-followed and well-regarded University of Michigan Consumer Sentiment Index tumbled to 70.2 in its preliminary August reading. That is down more than 13% from July’s number of 81.2. And below the April 2020 mark of 71.8, which was the lowest data point in the pandemic era. According to Richard Curtin, Chief economist for the University of Michigan’s survey, “Over the past half-century, the Sentiment Index has only recorded larger losses in six other surveys, all connected to sudden negative changes in the economy.”

Of course, a part of this miserable reading on consumer confidence has to do with falling real wages. But I believe the lion’s share of their dour view is based on the elimination of government forbearance measures on mortgages, along with the termination of helicopter money drops from the government. All told, this amounted to $6 trillion worth of bread and circuses handed out to consumers over the past 18 months. This massive government lifeline (equal to 25% of GDP) will be pared down to just 2% of GDP in ’22.

Indeed, this function is already showing up in consumer spending. Retail sales for the month of July fell 1.1%, worse than the Dow Jones estimate of a 0.3% decline. The reduced consumption was a direct result of a lack of new stimulus checks handed out from D.C. Keep in mind that retail sales are reported as s a nominal figure–they are not adjusted for inflation. Hence, since nominal retail sales are falling sharply—at least for the month-over-month period–the economy must now be sputtering because we know that prices have yet to recede.

This notion is being backed up by applications to purchase a new home, which are down nearly 20% from last year. That doesn’t fit Wall Street’s narrative of a reopening economy that is experiencing strong economic growth.

On top of all this, you can add the following to the deflation and slow-growth condition: Federal pandemic-related stimulus caused a huge spike in the number of Americans that owed no federal income tax. According to the Tax Policy Center, 107 million households owed no income taxes in 2020, up from 76 million in 2019. So, multiple millions more Americans should now have to resume paying Federal income taxes this year because last year’s tax holiday has now expired.

Oh, and by the way, the erstwhile engine of global economic growth (China) is now blown. China’s huge stimulus package in the wake of the Great Recession helped pull the global economy out of its malaise. This debt-disabled nation is now unable to repeat that same trick again.

Back to the U.S., the Fed facilitated Washington’s unprecedented largess by printing over $4.1 trillion since the outbreak of COVID-19—doubling the size of its balance sheet in 18 months, from what took 107 years to first accumulate.

But all that is ending now. Next year has the potential to be known as the Great Deflation and stock market crash of 2022. This will be engendered by the epiphany that COVID-19 and its mutations have not been vanquished, the massive $6 trillion fiscal cliff will be in freefall, and the Fed’s tapering of $1.44 trillion per annum of QE, down to $0 will be in process.

Then, the economy will be left with a large number of permanently unemployed people and businesses that have permanently closed their doors. And, the $7.7 trillion worth of unproductive debt incurred during the five quarters from the start of 2020, until Q1 of this year, which the economy must now lug around.

All this should lead to a stock market that plunges from unprecedentedly high valuations starting next year. And, in the end, that is anything but inflationary. Indeed, what it should lead to is more like a deflationary depression. But the story doesn’t end there. Unfortunately, that will cause the government to change how it approaches Modern Monetary Theory. It will go from just a theory to a new mandate for the central bank. And hence, the inflation-deflation, the boom-bust cycle will continue…but with greater intensity. The challenge for investors is to stay on the correct side of that trade.