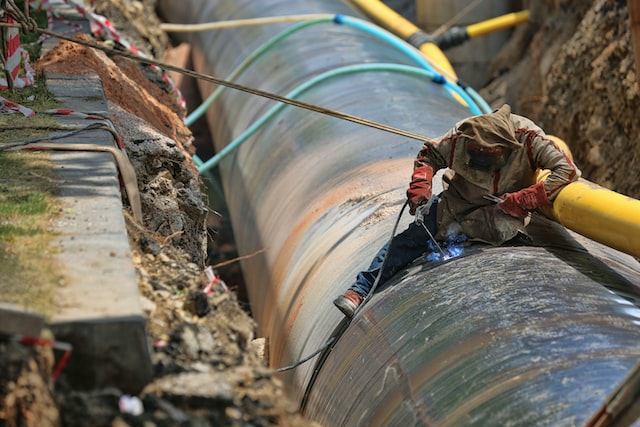 The MidCat, the gas pipeline that seeks to connect the north of Spain with the south of France and the rest of the EU, was born in 2003, mortally wounded. Its great economic and environmental cost has left it in the mixed bag for almost two decades. But the recent call by German Chancellor Olaf Scholz to establish a macro gas pipeline connecting the Iberian Peninsula with central Europe has put it back on target.

To follow the latest developments of the European energy crisis, along with other business and economic news, download our free financial news app.

Background of the MidCat Pipeline

The 190 kilometers of the pipeline are emerging as one of the lifelines of a Europe that desperately seeks new energy supply routes outside the Kremlin. Spain is the main port of entry for gas from Africa through its gas pipelines with Algeria and Morocco. It is also the EU country with the most significant number of regasification plants, and its logistics and transport structures are robust.

The country’s energy park is one of the most favorable in the current war dilemma. Its renewables account for almost half of the energy, its gas reserves are above the European average, and it is hardly dependent on Russian gas.

All this projects Spain as one of the potential beneficiaries of the energy crisis if it manages to become the leading gas gateway for the EU. Since the start of the Russian invasion, Europeans have paid Moscow more than 80 billion euros for its hydrocarbons, according to the Center for Research on Energy and Clean Air.

In the six sanction packages approved over the last six months, Brussels has vetoed the purchase of Russian oil and coal. But it is not capable of doing the same with gas. Dispensing with Russian gas overnight would turn out the lights in Europe. So the plan is to do it gradually with a maximum date of 2026. Meanwhile, Europeans are desperately hunting for gas and oil in all corners of the world.

In this warlike context, the MidCat has been resurrected and stands as one of the best bets to break with the Russian energy trade by promoting electrical interconnections between southern and central Europe.

Spain can take advantage of this momentum to win the field it lost during the Algerian crisis within the EU. In full diplomatic tension between Madrid and Algiers, the transalpine soon turned to the North African country to double their gas purchases. But at the same time, this bet would force those of Sánchez to avoid fissures with their neighbors on the other side of the Strait that could generate interruptions in the supply chain and unrest in the community capital.

Also in Spain’s favor is that the project could be underway in not too long after so many years of maturing, allowing it to arrive at this at the critical moment of need presented by the current war context. The third vice president in charge of Ecological Transition, Teresa Ribera, has assured in an interview with TVE that it could be operational “in eight or nine months.”

In addition, one of the benefits that we can expect in the long term, if it materializes, is to extend its use not only to gas but to green hydrogen, a much more sustainable source. Something that the European Commission endorses and applauds. “We believe that additional investments to connect the liquefied natural gas terminals off the Iberian Peninsula and the European network through infrastructure that transports hydrogen can contribute to diversifying the gas supply,” a community spokesman assures.

It is precisely the environmental effect that is one of the pipeline’s great disadvantages. Unfortunately, the project has suffered significant setbacks in recent years as it is considered unprofitable and harmful to the ecosystem. In fact, the NGO Ecologistas en Acción has already rejected this impulse to revive it.

The organization considers that the solution to the current gas crisis, in the context of the climate crisis, should focus on the transition to a resilient energy model. “The reduction of consumption is essential, instead of delving into dependence on fossil fuels with more gas infrastructures,” he said in a statement.

The EU has already been pushed into major contradictions on the bridge between the energy crisis caused by the Russian war and the climate crisis. For example, it has classified gas and nuclear as clean energies, allowing them to have access to important subsidies at the expense of the ecological transition.

The high costs that projects such as MidCat or similar entail are another point of controversy. A 2018 study puts it at more than 440 million euros. And the big question is who would finance it. Spain, insofar as it will benefit the EU, demands that Brussels do so. But, for Ecologists in Action, Ribera’s ambitious schedule is “unreal” and “will incur a substantial increase in costs.”

And finally, there is the Gallic factor. France has always been opposed to this infrastructure. They rejected it for the last time in 2019, alleging such disbursement was unjustified. The border populations on the other side of the Pyrenees are also very reluctant.

Although the war in Russia seems to have softened the frontal refusal of Paris, Elíseo continues without pronouncing Scholz’s proposal. And without the French endorsement, Spain is destined for energy isolation from the rest of Europe, as is currently the case.

First published in Público, a third-party contributor translated and adapted the article from the original. In case of discrepancy, the original will prevail.