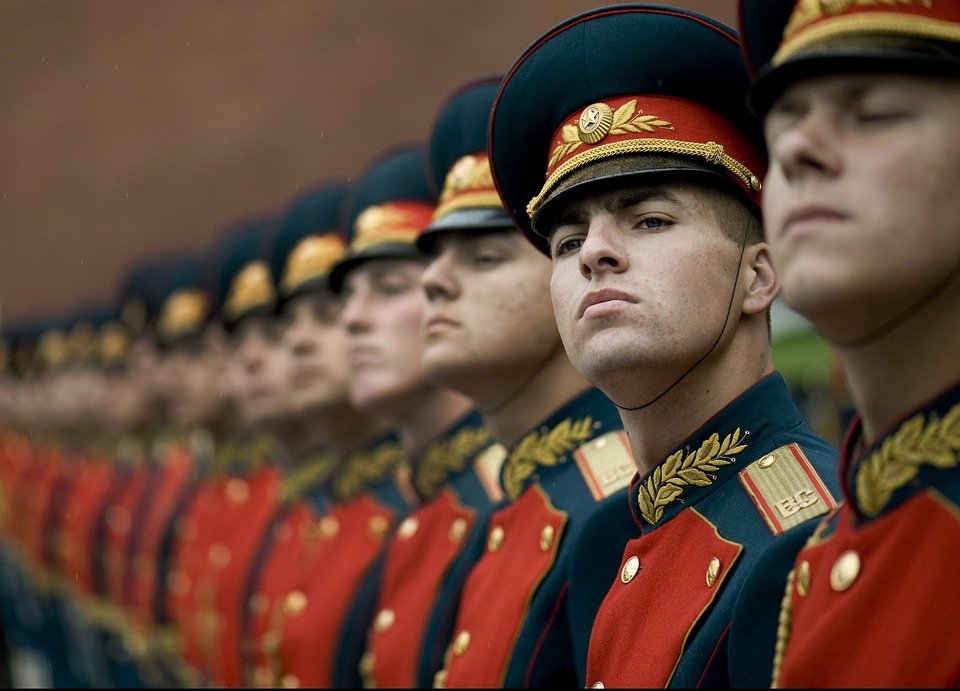 The continuing Russia-Ukraine conflict has had some devastating effects on the global economy. This was especially after the Kremlin annexed Crimea earlier this year. Immediately following the occupation, the ruble fell by 10.8% (Rbs36.90 versus the US dollar). It was a new low in the Russian stock exchange since the financial crisis in 2008.

As reported by the Financial Times, a domino effect saw the FTSE All-World share index falling by 1.4% and the S&P 500 by 0.74% subsequently. The same March report also shared the views of the market. “Analysts and investors said the negative sentiment towards Russia would be long-lasting. ‘What is certain is that investor confidence in Russia has been dealt a massive blow,’ said Steven Dashevsky, founder of Russia-focused investment fund Dashevsky & Partners. ‘It’s pure panic,’ added a senior banker at a Russian state bank. ‘All the international community is selling. First they sell and then they ask questions.’” 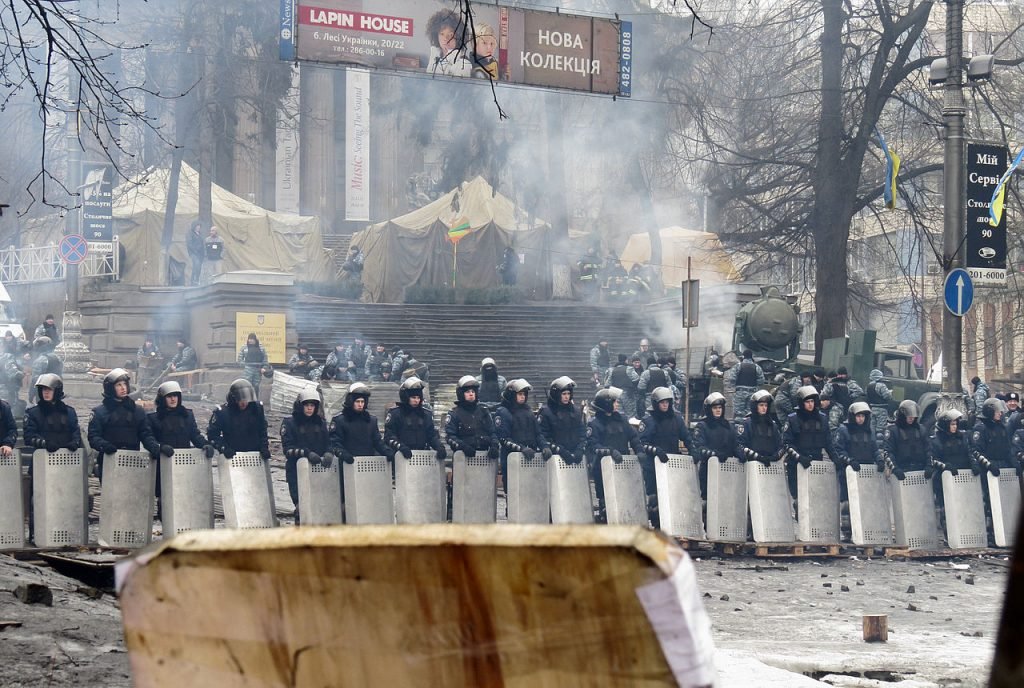 The European Union (EU) saw Russia’s move as illegal and a “deliberate destabilisation of a neighbouring sovereign country.” As a result, the EU imposed some restrictive measures, such as freezing some assets of and banning visas to certain nationals. Perhaps even more severe are the economic sanctions meant to ensure Russia’s tacit cooperation, which include disallowing EU nationals and companies from importing and exporting from, providing loans, and buying or selling new bonds and equities to major Russian state-owned banks.

According to the Brookings Institution, Ukraine is considered to be “one of the most energy-inefficient countries in the world.” A study showed that the country has the capacity to produce around 30-35 billion cubic meters (BCM) of gas per year, and yet, because of poor economic decisions by the government, production was only 20 BCM annually. Low output made Ukraine vulnerable and more dependent on Russia, something it could have avoided in hindsight.

When then President Viktor Yanukovych refused to sign an association agreement with the EU, it further exacerbated what was already a perilous political climate in the country, driving thousands of its citizens to protest on the streets. The agreement was supposed to help give Ukraine a chance to strengthen itself by conforming to EU reforms – touching on the judiciary and the financial markets, which might hopefully lead to a modern democracy – something Russia was opposed to from the very beginning.

Per the BBC and the U.S. News, Yanukovych claimed that Russia pressured him into not signing; evidence of this can be seen with the “trade war” that happened with Kiev, wherein supplies and imports were cut off, costing $15 billion and shrinking Ukraine’s economy by 1.5%. Yanukovych said that they cannot afford to sacrifice trade with the Kremlin, to the disappointment of the leaders in other European countries as well as the United States.

The beginning of the Russian occupation

As Yanukovych’s popularity plummeted, the swell of protesters rose. Eventually Yanukovych walked away from everything, leaving an already weakened Ukraine susceptible to outside forces. And this is exactly what transpired when Russian President Vladimir Putin started moving his army inside Crimea, using the pretext of being concerned that the country was left to the control of pro-Europe sympathizers. Pro-Russian separatists joined the fray, boosting Putin’s campaign.

Ukraine tried to push back by sending its military to fight the occupation, however, Putin only provided more arms to the separatists, and added more troops wherever possible. Ultimately Crimea was annexed, and Ukraine was further destabilized.

Critics accuse Putin of wanting to rebuild the Soviet empire. The EU, meanwhile, sees Putin’s manoeuvring as a violation of post-war security measures. Toomas Hendrik Ilves, current President of Estonia, outlines three acts ignored by Russia in his article in Diplomaatia: the 1945 UN Charter, which states that members “shall refrain in their international relations from the threat or the use of force against the territorial integrity or political independence of any state” ; the Helsinki Final Act, where participating states must “refrain from making each other’s territory the object of military occupation”; and the 1990 CSCE Charter of Paris, where signatories must “fully recognize the freedom of States to choose their own security arrangements.” 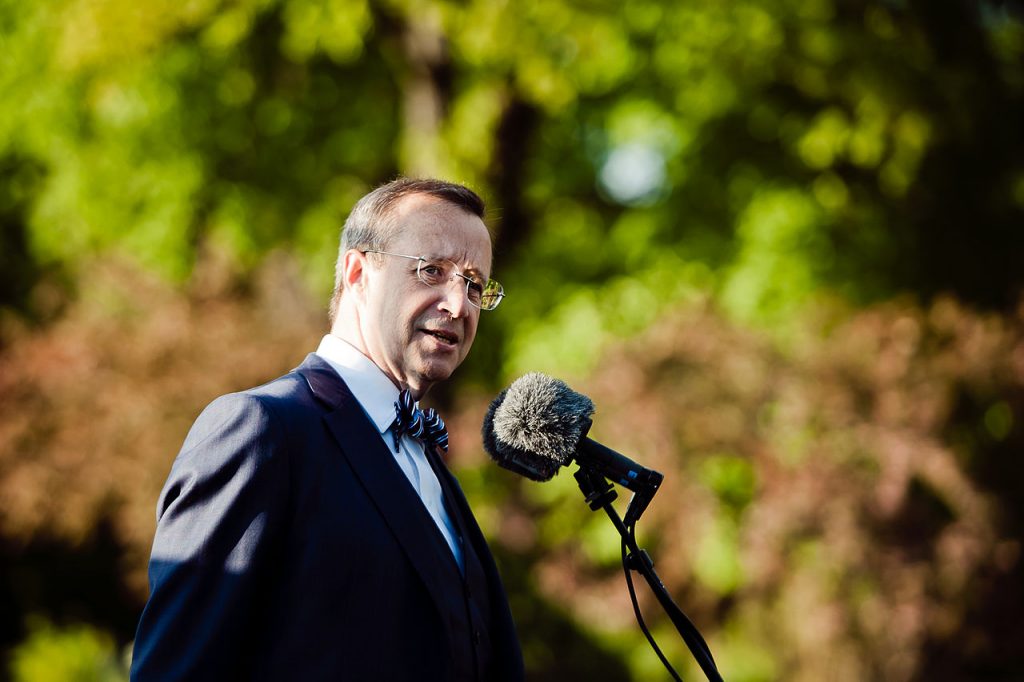 Currently, a fragile ceasefire is in effect within the region. However, amidst all the peace talks runs an aggressive undercurrent of separatists attacking Ukranian forces. Per another recent report by the BBC: “Clashes intensified and spread in the conflict regions of Luhansk and Donetsk, and a large-scale build-up of military hardware was reported on the rebel side, with European monitors reporting sightings of heavy artillery and rocket launchers near the centre of Donetsk city…Nato said the unmarked convoys involved ‘Russian tanks, Russian artillery, Russian air defence systems and Russian combat troops,’ but the government in Moscow said there was no evidence of that.”

What this all means to the global market

According to a Bloomberg report, the sanctions are preventing Russia access to the capital markets all over the world. This has resulted to a plunge in profits, affecting major Russian banks such as the VTB Group, the Russian Agricultural bank, and the OAO Sberbank (SBER). Putin, in an interview, challenged the West: “Do they want to bankrupt our banks? In that case they will bankrupt Ukraine.”

The global market is right to wonder about the possible effects of what’s happening in Russia to stock investments in general. Europe, especially, is preparing for economic fallout as relationships deteriorate. After all, Europe depends on Russia for gas, and a lot of it travels through the pipes in Ukraine. In a similar standoff in 2009, gas transit to the EU was cut off, forcing a lot of countries to scramble as supplies dwindled. Although everyone is much better prepared this time around, it still stands to reason that moves and countermoves by Russia would affect a significant part of the global economy.

What are the possible ramifications of a full-blown clash between the Kremlin and the West? Project Syndicate predicts that the EU will look somewhere else for oil and gas supply, while Russia will import goods and other raw materials from other neighboring countries who are not as allied with the US and EU. America and Europe will become more aligned in ideals, its ties made stronger by NATO and the Trans-Atlantic Trade and Investment Partnership.

Too, there will be losses and even heavier debts in the market if the ruble is unable to pick up. Other companies who have experienced considerable loss are telcos such as OAO Mobile TeleSystems (MBT), Russia’s largest mobile carrier, whose largest market is Ukraine. Its income fell for another consecutive quarter, and it has already closed its operations in Crimea.

Out emerges a winner and a surprising, tentative partnership

All eyes are now on China, who was said to have benefited from all of this. The New York Times considers how the superpower has developed a “neo-colonial economic relationship” with Russia, taking advantage of its resources such as gas and minerals. China has also considered the West to be meddling in matters they shouldn’t really be involved in. The South China Morning Post adds: “Russia and China have been allies in the United Nations, acting as a counterweight to the West’s domination of global affairs over the past decade. China was the only member nation on the Security Council to abstain from a resolution to condemn Russia for its actions in Crimea.”

China is now busy fortifying its connections with the commodities market, especially as it suffered from the Indonesian export ore ban. The loss of ore supply made it look for other prospects around the region, most recently the Philippines, who tried to match the demand but still fell short due to intermittent monsoons and low-grade production. Some experts say that Russia can be a candidate to fill in the void in the supply chain left by Indonesia – its lands are very rich in mineral reserves such as aluminium, coal, copper, diamonds, gold, iron ore, lead, manganese, nickel, platinum, steel, tin, among others.

Russia’s mining sector also accounts for 14% total extraction of raw minerals in the world. It has some of the biggest mining companies, too, like Norilsk Nickel (LON: MNOD), Novolipetsk Steel (LON:NLMK), and OAO Severstal (LON: SVST). Another promising company, Amur Minerals Corporation (AIM:AMC), is almost through the final stages of license application to explore the Kun-Manie project in Amur Oblast. It was said to be one of the largest nickel sulphide projects in the world.

Thus, a Russia-China alliance, however tentative, makes more and more sense as events worldwide progresses. The more the US and its allies work towards a westernized Ukraine, the more it will push two major countries together.

Only time will tell how viable that partnership would be. Putin, for now, remains confident: “We’re stronger because we’re right. When the Russian feels that he’s right, he’s unstoppable.”