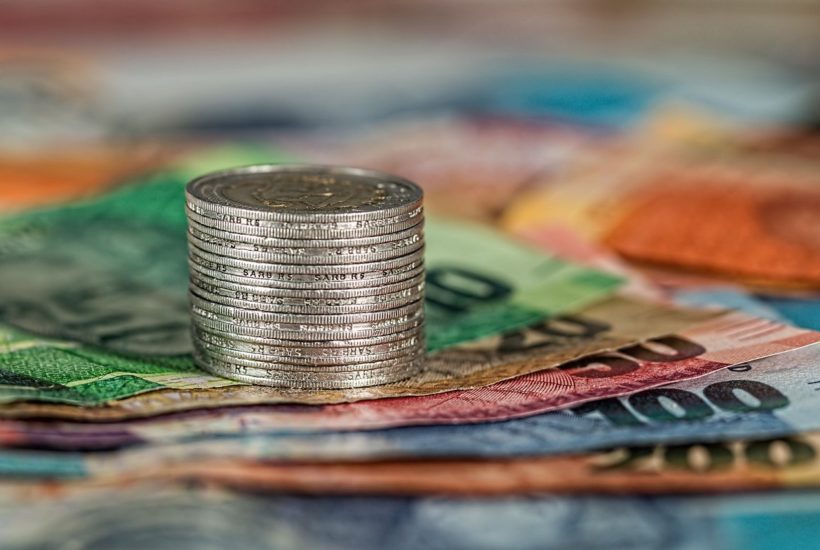 The pandemic has neither blocked nor slowed the growth of equity crowdfunding in Italy which, on the contrary, in the first 6 months of this year has seen an impressive acceleration. According to the data collected constantly by Crowdfunding Buzz, the collection, in fact, exceeded $103 million (€87 million), more than double the equivalent period of 2020 when, despite the pandemic, it had still reached a record of about $47 million (€40 million), compared to $32 million (€27 million) in 2019.

It’s good to say right away that this figure discounts an operation that can be defined as “out of the box”: the $30 million (€25 million) raised by Azimut‘s Eltif Alicrowd fund, the first OICR to raise through an equity crowdfunding platform (Mamacrowd). But even the net of this operation, the remaining $73 million (€62 million), raised by 89 projects, is an exceptional result (+59% compared to the first 6 months of 2020 when 67 projects were funded).

Equity crowdfunding does not only include businesses but also real estate projects and investment vehicles, i.e. UCITS or Holding Companies that raise to invest in startups and SMEs. It is therefore interesting to assess the dynamics of the first half of 2021 by considering each of these three sectors separately.

In general, it is certainly evident the weight of the UCITS (that of Alicrowd to which we add the Sicav 4AIM that raised $1.66 million (€1.4 million on Opstart), which, among other things, abundantly compensate the drop in Holding companies, but it is also evident the doubling of the collection from companies (startups and SMEs), especially in light of the drop suffered in 2020 vs. 2019 due to the first “lockdown”, and the “almost” doubling of the collection for real estate projects.

The collection related to entrepreneurial projects of Startups and SMEs (innovative or not), increased from $21.3 million to $40 million (€18 to €34 million) in the first six months.

Startups attracted on average the same number of investors per campaign (102 in both semesters), who however individually invested more: $6,500 (€5,500) on average this year and $5,500 (€4,700) in the first half of 2020. The opposite discourse for SMEs, which attracted many more investors than last year (213 per campaign vs. 127), but with the same average investment.

Startups have attracted on average the same number of investors per campaign (102 in both semesters), who however have individually invested more: $6,500 (€5,500) on average this year and $5,600 (€4,700) in the first half of 2020. The opposite is true for SMEs, which attracted many more investors than last year (213 per campaign vs. 127), but with the same average investment.

We have already analyzed above the breakdown between OICRs (Organismi d’investimento Collettivo del Risparmio) and Investment Holding Companies. While the former are vehicles approved by the Bank of Italy (typically, Eltif, Sicav or Sgr), the latter are common Srl or Spa that invest in stakes in various companies, typically startups or innovative SMEs.

There were 6 platforms that hosted this type of campaign, 3 more than the same six months of last year. In addition to the aforementioned operation of Mamacrowd, the other new entrants were WeAreStarting and Crowdinvest Italia. The three platforms that had already raised in 2020 were Crowdfundme $6.4 million (€5.4 million), Opstart $4 million (€3.4 million), and Backtowork $0.7 million (€0.6 million).

Regarding real estate equity crowdfunding in particular, we have already highlighted above the great growth in terms of funding compared to the first half of 2020: $21.5 million vs. $13 million (€18.2 million vs. €11 million). This increase is due both to the growth in the number of real estate transactions financed (12 vs. 9), and to the average ticket, which, if in the first 6 months of 2020 had been $1.4 million (€1.2 million), in the equivalent period this year exceeded $1.8 million (€1.5 million).

It would seem that this year Italian equity crowdfunding is starting to enter a phase of maturity. The numbers highlighted show a general increase in the “quality” of the offer which, in turn, attracts investors who tend to be more sophisticated than in the past and therefore able to invest more and in a more conscious way, probably also diversifying their investments. The other side of the coin is that companies (and platforms) proposing themselves for collection are “clashing” with numerous offers, all of an increasingly high level and, therefore, it is increasingly important not only to present oneself in a convincing way but also to ask oneself whether it is the right moment to do so.

The “historic” platforms are increasingly expanding their offerings, now covering all asset classes (companies, vehicles, real estate). This is in fact the case of Crowdfundme, Mamacrowd, Backtowork, and Opstart and, in part, of WeAreStarting.

Although not as marked as the trend underlined above, it seems that the most recent platforms manage to propose themselves with some success only by specializing in more vertical segments Finally, it should be noted that real estate crowdfunding continues its unstoppable growth, involving generalist platforms as well, but mostly leveraging existing vertical platforms.