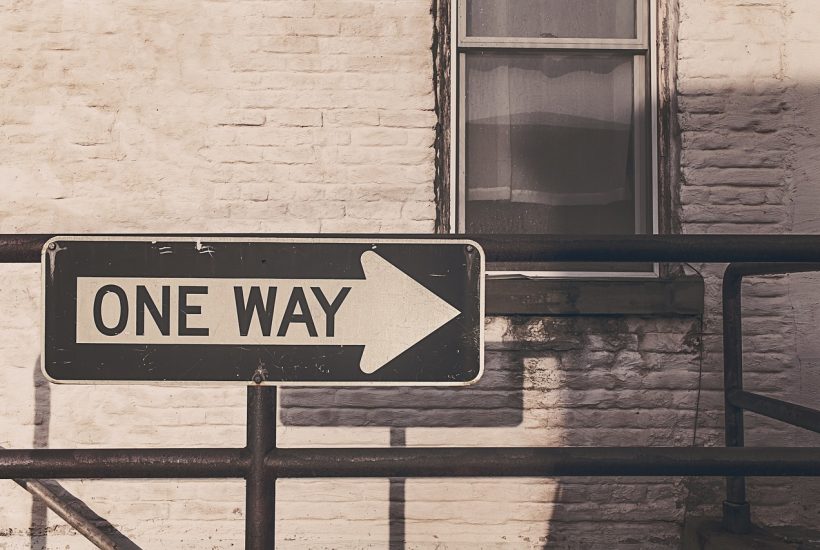 This latest bear-market bounce was predicated on good seasonality, the hopes for a typical mid-term election boost, and the rumors of a Fed pivot. Wall Street always finds a narrative for rallies in a bear market. But the negative economic and liquidity cycles remain unchanged: The Fed is hiking rates into a recession. Powell may have done his last 75bp rate hike on November 2nd. But another 50bp hike is likely coming in December, and then the regular 25bp variety is coming in February. Meanwhile, $95 billion per month of Quantitative Tightening is rapidly destroying the money supply.

The Fed may indeed downshift to a slower pace of rate hikes come December. However, it will maintain a restrictive Fed Funds Rate (FFR) of nearly 5% for multiple months once that level is achieved. Powell made that point very clear during his latest FOMC press conference. The FFR will be higher than they thought in September. Also, Chair Powell said it is extremely premature to think about any kind of rate-hiking pause.

So, where does this leave the stock market? Stocks do not bottom when equities valuations equal 150% of the overall economy (TMC/GDP). During the 2000 recession, the NASDAQ bottomed at 71% TMC/GDP, down from 142% at the high. The Great Recession saw stocks bottom at 45% TMC/GDP, down from 105%. Even during the Pandemic recession, TMC/GDP fell from 152% to 120%. All those bottoms were associated with a Fed that was rapidly cutting interest rates to 1% or below. And in the case of 2008 & 2020 recessions, the Fed was engaged in the massive money printing scheme known as Quantitative Easing as well. Market bottoms do not occur just because the Fed reduces the pace of rate hikes from 75bp to 50bp increments. Every Recession in the past has been dealt with by massive monetary and fiscal stimuli. But with inflation at close to a record high, it is simply tying the government’s hands.

SEE ALSO  Aesthetics, sensibilities, and ecology will shape cars of the future

And, please do not think that government and central banks can automatically boost asset prices at will—no matter how hard they try. For example, China’s Shanghai stock exchange is still down 50% from its 2007 peak; and Japan’s NIKKEI Dow is down 30% from its top reached 33 years ago. Those figures are in nominal terms!

Let us look at some of the latest economic data to affirm that GDP is getting weaker by the day and point to a recession that is going to be brutal: Bloomberg recently reported that 37% of small companies in the US, which employ half of all workers, can no longer pay their rent. Amazon, the largest online retailer in America, missed on Q3 revenue and warned on 4th Quarter sales, which were guided down to be the slowest growth for the company on record. New Home Mortgage applications fell by 41% year over year, just as mortgage rates are now the highest in 20 years—above 7% and rising. And the ISM Services Sector Business survey showed that even though the economy slowed in October from the previous month, prices are still increasing at a faster rate.

The consumer is faltering, and yet Fed Chair Powell told Wall Street at his latest press conference that he is indeed pivoting…but it is to be more hawkish. There is a steep recession just ahead, and there is nothing the Fed can do to stop it. It is not a choice. If Powell were to undergo a genuine dovish pivot back towards ZIRP and QE at this point, it would cause inflation to run intractable. Hence, long-term interest rates would soon skyrocket and render the government and the economy insolvent. Therefore, after the initial reflexive surge in stock prices upon any such announcement of a rate pause/cut or return to QE, asset prices would soon crash anyway; and the Fed would be left with a much more difficult inflation situation to deal with down the road. Therefore, there will be no such dovish pivot anytime soon, just a freezing of the FFR at a very high level relative to the past 14 years. Along with a record dose of QT.

SEE ALSO  Can CVS Health fight off Amazon in a race to acquire Aetna?

Given the extent of asset bubbles and the level of debt in the economy, depression is a real possibility. And an equity market collapse from these prices is still in the cards. If the S&P 500 were to just return to a historically-lofty 100% TMC/GDP, it would entail a decline of another 30%. That would be in addition to the losses already suffered. You do not have to tolerate another drubbing like this in your buy-and-hold 60/40 portfolio. Active management has become mandatory in this boom/bust world that is completely controlled by feckless central bankers.

(Featured image by RyanMcGuire via Pixabay)