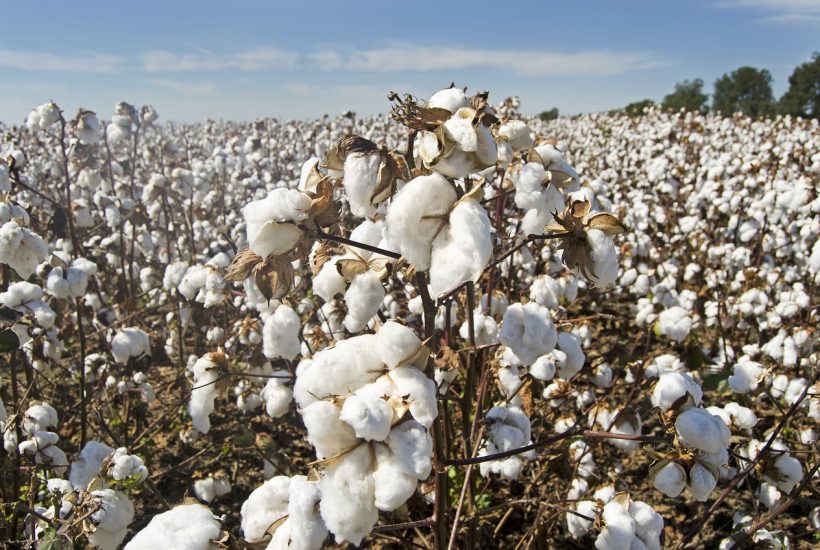 Wheat: Wheat markets were mixed last week, with Chicago slightly lower in sympathy with weakness in world Wheat markets and Kansas City and Minneapolis a little higher.  The daily charts show all three markets are in a trading range and could be forming a short-term bottom.  Big Russian production goes against the difficulty of moving grain from the Black Sea due to insurance requirements, but so far the lack of insurance has not increased demand for US Wheat.  There are still ideas of weak demand and big Russian production that should help foster price weakness in the world market.  The demand for US Wheat in international markets has been a disappointment all year and has been hindered by low prices and aggressive offers from Russia.  Ukraine is also looking for new business for its crops and Russia is aggressive in the world market as it looks for cash to fund the war.  The demand for US Wheat still needs to show up and there is still not enough demand news to help support futures.  The weekly export sales report issued Friday morning did show improved sales.

Corn:  Corn and Oats closed a little higher last week in choppy trading.  Demand for US Corn remains muted even as forecasts for only light rains or dry conditions in southern Brazil and Argentina were seen through the weekend.  However, the export demand was great last week.  Brazil has been hanging on for its Summer crop but Argentina has suffered through some extreme drought.  These areas could get some significant and very welcome rains early next week.  The Brazil Winter crop is harvested.  Weak demand overall for US Corn remains a big problem for the market.  There are increasing concerns about demand with the Chinese economic problems caused by the lockdowns creating the possibility of less demand as South America has much better crops this year to compete with the US for sales.  China is now moving rapidly to open the economy and allow people to move around with no lockdowns so the demand could start to improve.  The improvement might take some time as the Chinese people get Covid, but they should be past this episode in a few weeks and demand might start to improve at that time.

Soybeans and Soybean Meal: Soybeans and the products were all lower Friday and for the week as the dry weather in Argentina and southern Brazil continues but could change to a much wetter pattern early this week.  Price trends are starting to turn down for Soybreans and Soybean Meal as the harvest in Brazil starts to expand in central and northern areas. Current forecasts suggest that the showers currently in the forecast for early this week will make a real dent in the drought.  Central and northern Brazil remain in very good condition with scattered showers reported.  Production potential for the Brazil is called very strong even with potential problems and losses in the south.  Even so, production of less than 150 million tons is possible now. Argentine production ideas continue to drop with the drought as planting is delayed and the crops already in the ground are stressed. Production estimates are now closer to 40 million tons than original projections near 50 million. There was news that China has started to ease Covid restrictions after some demonstrations by the Chinese people.  Ideas that Chinese demand will improve, but this could take some time as a very large part of the population now has Covid.  This has delayed a robust economic return for the country.

Palm Oil and Vegetable Oils: Palm Oil closed a little higher last week as demand ideas remain uncertain and as the production uncertainty continues.  Current forecasts call for the rainy season to end soon and for fieldwork and harvest conditions to improve. Indonesia will now permit exporters to sell six tons for every ton sold internally instead of eight as before. Hopes for improved demand from China were reported.  China has tried to relax some Covid restrictions so that the economy can start to function again.  However, new outbreaks of the virus are being reported and infection rates are rapidly increasing.  Ideas are that supply and production will be strong, but demand ideas are now weakening and the market will continue to look to the private data for clues on demand and the direction of the futures market.  There are still reports of too much rain in Malaysia. Canola was lower last week with late seek selling coming from speculators who saw the price trends turn down on the daily charts.  Reports indicate that domestic demand has been strong due to favorable crush margins. Production was much improved this year on better weather during the Summer.

Cotton: Cotton was moderately higher last week and still remains inside the trading range created over the last couple of months. The USDA reports were considered bearish as USDA increased domestic production estimates and cut US and world demand to increase ending stocks for both.  Ideas of weak demand continue.  Futures have been stuck in the same trading range since the beginning of November but are showing bad demand fundamentals.  Overall, the demand for US Cotton has not been strong.  Some ideas that demand could soon increase as China could start to open its economy in the next couple of months were hurt by news of Covid outbreaks in China.  Covid is now widespread in China so the beneficial economic effects of the opening are being delayed but these effects should start to be felt as the people there achieve immunity over the next few weeks.

Frozen Concentrated Orange Juice and Citrus: FCOJ was a little lower again yesterday despite a late week rally last week based on smaller Florida production estimates from USDA. Price action has been weak since then and trends could start to turn down in the short term. DJ News highlighted the tough environment in Florida for production this year and demand more generally in recent years in an article published on Wednesday. Trends are mixed as the market seems to be falling back into a trading range after making a spike high after the reports were released. Demand should start to improve now with the holidays now over. USDA estimated Florida Oranges production at just 18 million boxes, from 20 million in its previous estimate.  US production was estimated at 2.7 million tons, down 22% from last month.  The supply situation in the US and in the world market looks very tight. Historically low estimates of production due in part to the hurricanes and in part to the greening disease have hurt production remain in place but are apparently part of the price structure now. The weather remains generally good for production around the world for the next crop but not for production areas in Florida that have been impacted in a big way by the two storms.  Brazil has some rain and the conditions are rated good.  Mostly dry conditions are in the forecast for the coming days.

Coffee: New York and London were both higher on Friday and for the week last week, with London closing at new highs for the move. Brazil offers have increased but offers from Vietnam are less now as the Tet holiday gets under way.  Ideas of big production for Brazil continue due primarily to rains falling in Coffee production areas now and as offers stayed strong from Brazil and increasingly from Vietnam.  Ideas are that the buy side needs Coffee now.  There are ideas that production potential for Brazil had been overrated and reports of too much rain in Vietnam affected the harvest progress.  The weather in Brazil is currently very good for production potential but worse conditions seen earlier in the growing cycle hurt the overall production prospects as did bad weather last year.  Ideas are that the market will have more than enough Coffee either way when the next harvest comes in a few months.  Brazil shipped 35.57 million bags of Coffee in 2922, down about 2.6% from 2021.  Conab estimated Brazil production at 54.i9 million bags, with Arabica production estimated at 37.4 million gas and Robusta production estimated at 17/5 million bags.

Sugar: New York and London closed a little higher last week, but closed well off the highs of the week on what appeared to be speculative long liquidation. Ideas are that mills in Brazil will be encouraged to produce more Sugar than Ethanol due to policy changes proposed by the Lula administration. Ethanol profit margins could be squeezed by the moves. The harvest has been delayed in Thailand.  Australian and Central American harvests are also delayed. There is talk that production in India will be reduced this year after some bad weather and reduced yields reported in Maharashtra.  Ideas are that India will produce about 34.3 million tons of Sugar this year, about 4% less than the previous outlook.  The weather in Brazil remains good for the next crop.  World Sugar is expected to be in a big surplus production next year.

Cocoa: New York and London closed lower last week on what appeared to be selling from producers and speculators.  Weaker demand is shown by the grind data that got released last week. The talk is that hot and dry conditions reported in Ivory Coast could curtail mid-crop production.  Asian Cocoa grindings were 230,806 tons in the fourth quarter of last year, from 231,309 tons in 2021. The calendar year 2022 Cocoa grindings were 904,094 tons, up 3.1% from 2021. The North American grind was 8.1% lower. There are still reports of dry weather in West Africa that could hurt production potential.  Good production is reported for the main crop and traders are worried about the world economy moving forward and how that could affect demand.  Supplies of Cocoa are large at ports.  The weather is good in Southeast Asia.

(Featured image by jdblack via Pixabay)