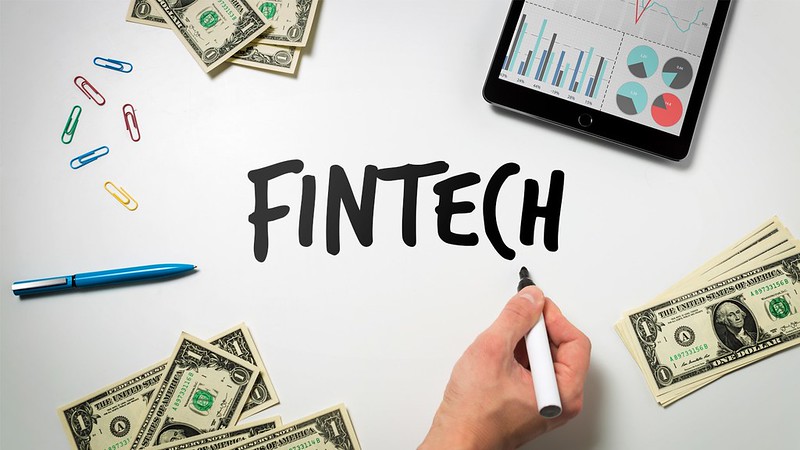 The decision of the Argentinian Ministry of Productive Development to channel part of the productive loans through an electronic financial platform generated a strong repudiation from workers in the banking sector and opened a debate on the role of this type of entity. The head of the Productive Development portfolio, Matías Kulfas, and the executive director of Ualá, Pierpaolo Barbieri, agreed to allocate $8.9 million (1 billion pesos), through funding from the National Fund for Productive Development (FONDEP), to strengthen the inclusion of microcredits of the company for productive investments and to promote access to financing for more people. The access channel will be through this fintech that promises to manage all your finances from an app and a card.

“It is important that we can make it possible for smaller companies, businesses, small industries to access financing in an agile way and at lower costs; and that financial institutions begin to expand their range of clients to boost access for more people to better financing options,” argued Kulfas. Although they did not want to make any statements, this media was able to know that it was a proposal that the fintech firm submitted to Desarrollo Productivo, which allows it to set foot in the banking business.

From the La Bancaria union, the national deputy of the Frente de Todos and head of the union, Sergio Palazzo, came out and described as “inadmissible” the understanding reached by the portfolio led by Kulfas. “We express our deep concern about the decision of the Ministry of Productive Development to agree on a credit line for small businesses through the Ualá application,” began the statement issued by the union led by Palazzo.

Find more details about the Argentinian fintech sector and read the most important business headlines with the Born2Invest mobile app.

In Argentina, according to private estimates, approximately half of the population does not have a bank account

The banking union considered “inadmissible that instead of channeling the financial inclusion and the credits of the Pymes through the Public Banking, and within the system, this agreement is made with a totally informal company that is not even a bank, and millions of pesos are destined for such effect.”

As from this agreement, Ualá will grant credits to those who develop productive activities, ranging from 5,000 to 200,000 pesos per beneficiary, at a fixed interest rate of 40%, in a term of up to 18 months. The loans will be used to finance the purchase of tools, materials, and inputs.

Since these types of entities are not authorized to carry out financial intermediation (i.e., to take deposits), the funds will come from FONDEP. The Ministry of Productive Development will implement a loan of up to $8.9 million (1 billion pesos) for Ualá, which may be monetized in up to three disbursements, which will be requested by the entity according to the degree of placement of the credit line for productive investments.

“A strategic economic decision of national order should not be made through an application. Those operations of high relevance for the economy of our country should be channeled only and properly, through the Public Banking, whose organic charters establish among its main purposes to attend the financial needs of small and medium-sized companies,” pointed out from the La Bancaria union in a brief statement.

The official argument is linked to the easy access that this type of platform allows, which in turn would open a door to greater financial inclusion of small and medium-sized companies. However, although the registration and regulation of fintech activity has improved, they still operate in legal gray areas, which are targeted by the formal banking sector.

Since the middle of last year, the Central Bank started a series of inspections to a fintech group that offers itself as a link to finance investment projects using crypto assets as a savings channeler. They sought to determine whether they are performing unauthorized financial intermediation. The Financial Entities Law delegates to the BCRA the power to request information when there is a suspicion that a person or company is performing financial intermediation tasks and, if appropriate, provides for the immediate and definitive cessation of the activity and apply sanctions. Last year the monetary authority imposed sanctions on seven fintech companies: Smart Cash, Punto Click, Patagonia Cred, Efectivo Urgente, Wenance, Wenance Credit Argentina, and Wenance Inversiones AAGI. In this case, there would be no intermediation since the funds would be provided by Desarrollo Productivo through FONDEP:

Due to the proliferation of these non-banking entities, the Central Bank began to regulate part of their operation. Since December 2020, at the height of the boom of these entities due to the difficulties to approaching a bank physically due to the restrictions of that year because of the pandemic, it made mandatory the registration in the “Registry of Other Non-Financial Credit Providers.”

The registration applies to all non-bank entities that have granted financing for an amount exceeding $88,900 (10 million pesos), whether or not they receive assistance from financial institutions, regardless of whether the credit offer is made in person or by electronic or remote means. Registration does not imply authorization to carry out financial intermediation operations, raise funds from the public, advertise or use names reserved to banking entities.

In January of the following year, it was stipulated that these providers must be subject to the rules set forth in the BCRA’s Orderly Text on “Interest Rates in Credit Transactions”, particularly those related to advertising and forms of expression of rates. And in February, they were included as “Obligated Entities” within the framework of the provisions of the “Protection of Financial Services Users” regime. Finally, in March 2021, they were included as obliged subjects to report the provisions of the “Claims” and “Transparency” sections of the Monthly Accounting Information Regime of the BCRA regulations.

In Argentina, according to private estimates, approximately half of the population does not have a bank account. Part of the revolutionary aspect of fintech is that it allows a simpler, more agile, and user-friendly banking system for financial services, with less bureaucratic procedures. However, in the case of loans to the public, the experience is not so good. According to the latest Central Bank report, the average annual nominal rate applied by non-banking entities was 93 percent in the first part of the year, although in the case of fintech companies they charged up to 132 percent.

In the last twelve months (measured from January 2021 to January 2022), non-banking financial entities recorded interest income for a total of 80,368 million pesos, which allowed this segment to accumulate a financial margin of 29,961 million pesos during that period. However, they claim in the BCRA’s report on banks to have had a negative result of Ps. 6,030 million in that period.

The interest income responds to the fact that the default in the portfolio of this type of entities (fintech, cooperatives and mutuals, leasing and factoring, non-bank card issuers and home appliance retailers, among others) is high (6.4 percent) and exceeds the average of the system.

It is a vicious circle that starts with people who have no backing to finance themselves in the traditional system, are captured by unregulated companies that charge usurious rates and make repayment impossible, and then refinance the balances with even more onerous adjustments. As a result, they become unpayable in the short or long term. Under the agreement between the Ministry of Development and the company, it is expected that these abuses will be controlled within the agreed program.

First published in eldestape, a third-party contributor translated and adapted the article from the original. In case of discrepancy, the original will prevail.