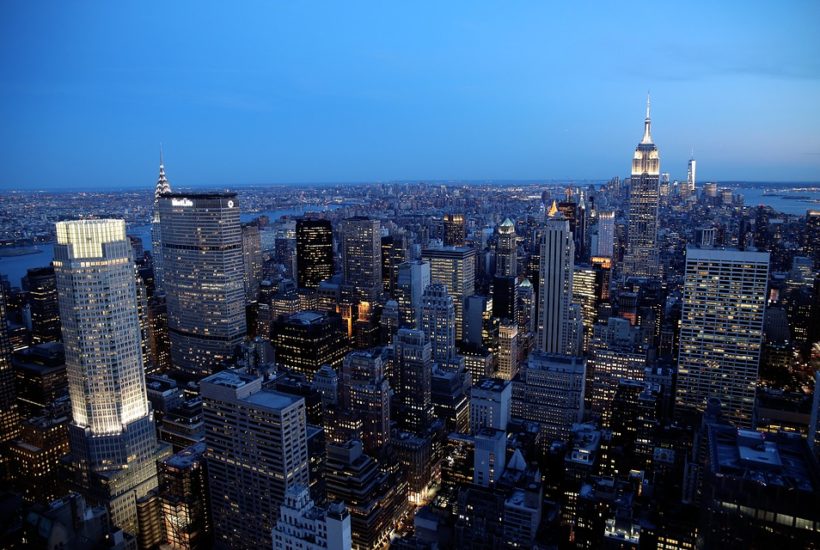 In the last few decades, much has been made of China’s rise in the global economy, and up until recently, the country’s rich investors were poised to be dominant players in the U.S. real estate industry. In 2016, Chinese buyers were pouring nearly $10 billion a year into the New York City real estate market, making them the largest foreign investors by far. Since then, that figure has plummeted. Chinese buyers spent only $1 billion on NYC properties in 2018, putting them far behind Canadian, German, and even Dutch developers.

This trend has been reported across countless other cities previously popular with Chinese investors. What caused Chinese money to exit the American market so abruptly? There are two main factors, and unfortunately, they compound each other. President Trump’s trade policies have complicated Chinese investment in the U.S., and China has adopted increasingly restrictive capital outflow regulations, making it much more difficult for Chinese investors to move money out of the country.

China and the United States have been engaged in a trade war for just over a year now, and the real estate market is feeling the effects. Chinese buyers’ inquiries into U.S. properties have been down in four out of the last five quarters, and in the first quarter of 2019, they nosedived by 27.5 percent. In the face of uncertainty caused by the trade dispute, Chinese buyers are instead exploring real estate opportunities in Canada, the U.K., Australia, and Japan, which all saw upticks in interest from Chinese buyers.

From the American side, it’s hard to say whether the rapid flight of foreign investors is the result of real economic factors or psychological factors caused by anti-China rhetoric. For example, both China and the U.S. have issued travel warnings against each other, warning their citizens to “exercise increased caution” when traveling to the other country. While these diplomatic bulletins are mostly baseless posturing, they’ve undermined investor confidence in the stability and safety of U.S. holdings.

The U.S. is cracking down on all foreign investment, not just Chinese money

Significant drop-offs in Chinese investment can also be attributed to a larger crackdown on foreign investment money, especially by anonymous foreign buyers. Beginning in 2016, the U.S. Department of the Treasury began aggressively investigating anonymous all-cash real estate purchases in several of the largest American markets in an effort to curb money laundering, resulting in an immediate 70 percent reduction in all-cash sales. They’ve since expanded the program, and overall foreign spending on U.S. real estate fell by 25 percent in 2018. It’s possible that the government’s increased oversight of foreign real estate transactions is discouraging Chinese buyers who once saw the U.S. as a safe haven for their money.

China is restricting capital outflow to support its currency

At the same time, China has made a concerted effort to stop capital from leaving the country. Though the government has framed the effort as an anti-corruption campaign to stop officials from transporting their holdings abroad, analysts believe it’s driven by internal concerns about the country’s foreign currency reserves as the economy’s growth slows. The Chinese government uses these currency reserves to reinforce the value of the yuan, a strategy that’s played an integral part in the country’s economic ascension. The crackdown has been so strict that, according to some experts, Chinese capital outflow has dropped 83 percent just in the past year.

China’s capital outflow controls, first implemented in 2016, limits the amount of money investors can take out of China to only $50,000. While sharply cutting down on ongoing Chinese foreign investments, this policy seems to have also led to a mass sell-off of U.S. real estate holdings. In 2018, Chinese investors, sellers, and conglomerates became net sellers for the first time in a decade, selling over $1.2 billion in properties while purchasing only $126.2 million worth of real estate.

While foreign buyers only make up a single-digit percentage of all buyers of property in the U.S., Chinese buyers were noted for their demand for luxurious, expensive properties that drove up prices of high-end properties with their ambitious valuations. Chinese investors weren’t afraid to pay premiums for flagship properties like luxury hotels, viewing the properties as long-term holdings in addition to prestige pieces.

As once-common Chinese investors leave the U.S. real estate market, luxury markets are struggling to sell expensive properties. This pain is felt worst in areas that were most popular with Chinese buyers: urban, coastal areas such as California and New York, as well as hot markets in Florida and Texas. These areas could see a significant slowdown as Chinese money exits the country and American policies discourage its return. It’s unsure whether a solution to the trade war would reverse this trend: Chinese capital outflow controls seem to be here to stay, and Chinese buyers seem to be more interested in more reliable, capital-generating holdings instead of the luxury properties they valued a few years ago. In the meantime, though, no one knows what’s going to happen, and if there’s one thing the market hates, it’s uncertainty.

Ben Mizes is the CEO of Clever Real Estate, an online platform that connects home buyers and sellers with a top-rated, full-service real estate agent for a fraction of the traditional commission fee. Ben is also an active real estate investor in St. Louis, MO with over 22 units.