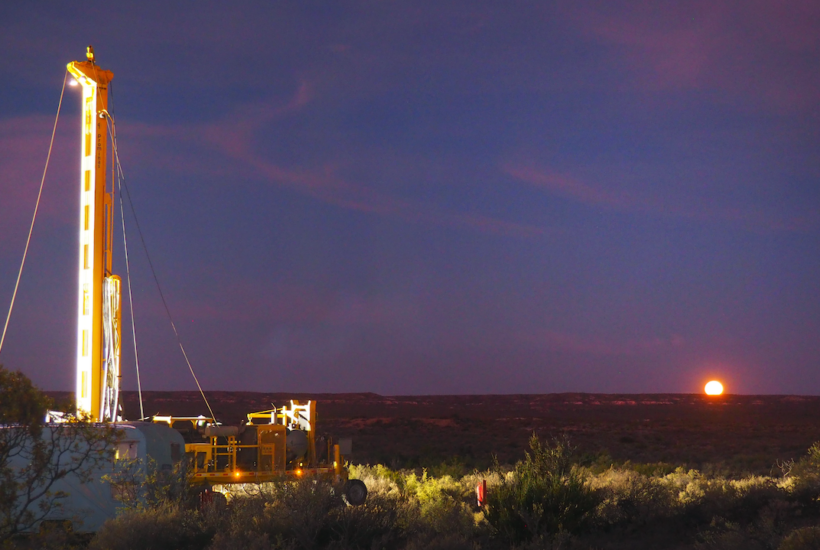 Uranium spot buyers are pouncing, buying up uranium stocks fast as the price moves steadily upwards. Miners like Blue Sky Uranium are pushing hard to meet the rising demand for nuclear fuel. Why? Because it is a key solution to one of climate change’s most enduring dilemmas, how to ensure a carbon-free adjustable baseload of electricity production.

The energy transition, towards reliance on electricity for transportation and away from fossil fuels to power our lives, has long focused on renewable power sources like wind or solar. But these sustainable sources cannot provide the sizable baseload current energy demands require, and future energy needs will require even more. Nuclear power offers a perfect medium-to-long-term solution but will require a lot more uranium to deliver. Luckily uranium miners like Blue Sky Uranium (TSXV: BSK | FSE: MAL2 | OTC: BKUCF) know where to find it.

Nuclear Power for the Energy Transition to a Carbon-Free Baseload

Renewable energy sources are undoubtedly the champions in the fight against climate change. Negligible carbon emissions and long-term sustainability have put wind, solar and hydroelectric power in the spotlight as we fight to free ourselves from fossil fuels. But these renewable energy sources often come with a price: high variability and a limited ability to supply a reliable power baseload.

“Nuclear is ideal for dealing with climate change because it is the only carbon-free, scalable energy source that’s available 24 hours a day.” – Bill Gates

The lack of foreseeable energy output from wind and solar, and hydroelectricity’s geographic limitations mean there is a gap in our vision for a carbon-free electricity grid. While power might eventually be largely supplied by microgrids, current needs and systems favor a strong baseload. The nuclear fuel uranium is well-positioned to cover this.

In many developed countries, like France, nuclear power plants already meet a sizeable portion of this demand. Some uranium-based plants even have a limited ability to fluctuate power output. This fexibility makes them even more effective at meeting hour-to-hour power needs. In developing countries, the temptation is often to supply this baseload with low initial cost fossil fuel plants (especially as prices fall), but they come with high marginal costs, without even considering the environmental costs!

Forward-looking countries like Argentina already have (and are expanding) their nuclear capacity, but their dependence on imported uranium raises costs even higher.

Uranium Prices Fluctuate with World Demand but Are Trending Upwards

Uranium prices, compared to many mining metals or ores out there, are relatively stable. With one notable exception in the late 2000s (looking at you 2007!), they have been fluctuating within the $20-30/lb. band for the past few decades. There just isn’t much use for the material outside the realm of nuclear power after all, nor is it greatly impacted by speculation.

In the decade following 2007, we often saw uranium spot prices below long-term prices. This suggested that supply often outweighed demand, and explained the corresponding slow decline in uranium ore prices. But, it also confirms the main driver of the price being power production for baseload, which favors reliable long-term pricing.

In countries like Argentina, this has also meant a reliance on more expensive imported uranium, which seemed reasonable while prices were low. Now, as the energy transition pushes up the demand for nuclear fuel, uranium is getting more expensive again. In this year alone, uranium prices have risen from a low of around US $28/lb. in February to US $43/lb. today.

Indeed, the rapid rise of the last year or so should not come entirely as a surprise. The last few years have seen the spot price return to fluctuate around the long-term price (suggesting a tighter balance between supply and demand). A trend accelerated this year by the newly created Sprott Physical Uranium Trust (“SPUT”), which has been aggressively buying up reserves since August. Why? Because they know how big a role it will soon be playing!

It is also great news for mining and exploration companies like Blue Sky minerals who have been discovering new uranium mining opportunities for over a decade.

Rising prices and a steady demand established over decades are making uranium an even more attractive target for the resource extraction sector. While mining is not often thought of as environmentally friendly, it has already been getting attention for its positive potential in the energy transition. Most notably, this attention has been on the battery metals required for increasing electrification of, among other things, car fleets and transportation. Those vehicles will need to get their power from somewhere though, and nuclear power is a strong contender.

In Argentina, whose nuclear production is still growing (they have three reactors under construction), mineral exploration experts started looking into locating domestic uranium deposits over a decade ago. Their efforts grew into Blue Sky Uranium, a company that has helped accelerate the country’s extractive potential. It is now poised to make a killing off this rising tide of uranium prices.

At its latest find, the Ivana deposit at the Amarillo Grande project in the mineral-rich south of Argentina, Blue Sky has 22.7 million pounds of uranium oxide and 11.5 million pounds of vanadium oxide within relatively easy reach. The near-surface deposit of easily leachable uranium makes for a low-cost recovery, which is exactly what a country like Argentina needs to put itself on the nuclear map.

While investors are eyeing the tidy profit the operation will net for those who get in early, these projects are also at the core of building a sustainable future. Each step of the process depends on the previous, the most fundamental of which is acquiring the resources needed to fuel the energy transition. In this case, Blue Sky truly is living up to its name as it works towards a carbon-free future, discovering and recovering the uranium needed to fuel the nuclear power plants of tomorrow.