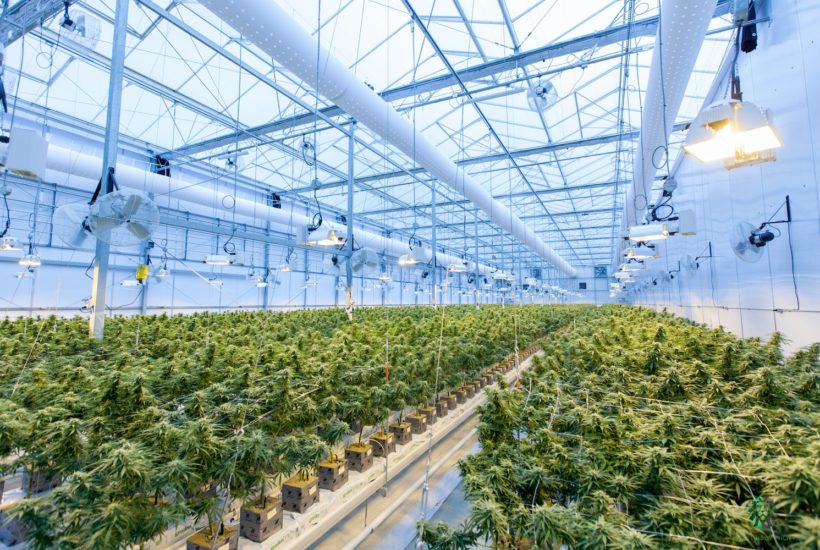 The Uruguayan hemp plant – a variety of industrially used cannabis with less than 1% THC- is ready to tour the world.

Uruguay was the first country to fully legalize cannabis, including hemp, and although it was scheduled to be exported, until last month it had only crossed borders with one kilo of flowers on an experimental basis. In the first days of August, the government of the liberal Luis Lacalle Pou opened the door to sell abroad by means of a decree.

In this South American country, there are almost 50 companies dedicated to the hemp and many of them specialize in harvesting its flowers, low in tetrahydrocannabinol (THC) – the psychoactive component of the cannabis – and high in Cannabidiol (CBD), a molecule cataloged like non-psychoactive and very required in the United States, Canada, Switzerland, and the United Kingdom, where it is used with medicinal aims, among others.

As they are not psychoactive varieties, they can cross the borders of the world legally in the countries that authorize their consumption or industrialization.

In July, the company Cplant – which is becoming a leader in the CBD market in Uruguay- sent half a ton of cannabis flowers to Switzerland after a joint work with local, Swiss, and German authorities, in a first transatlantic pilot export. In September this firm plans to import 14 tons.

“We estimate that by the end of the year all the companies will export 50 to 60 tons,” informed Sergio Vázquez, from the Ministry of Livestock, Agriculture, and Fisheries (MGAP) to The Associated Press. In total, it is estimated that between 2018 and 2020 a stock of 120 tons was stored.

Read more about the development of the cannabis industry in Uruguay and its plans to export huge quantities to Switzerland through the company Cplant, with the Hemp.im mobile app. Be the first to find the most important cannabis news in the world.

A milestone for Latin America

Last week, Cplant flew another 2,260 kilograms and on Monday 17th, seven more tons were sent to Switzerland. By the end of September the company, which besides harvesting conditions the production of third parties according to European phytosanitary protocols, will have set a milestone for Latin America, where the opening of the market is subject to regulatory changes that did not occur in all countries. Colombia alone managed to export 100,000 hemp seeds to the United States for the first time this year.

Cplant is one of the largest companies in the country, not only because of the volume exported, which is a record for Uruguay and the region, but also because it is marketing its production and that of almost all other companies. The company is seen as the most skillful to place its products in Switzerland, the country that has more brands with registered CBD products in the world and a permissive legislation.

“We see great economic benefits in this industry,” said Guido Husni, one of the founders of Cplant.

The nearly 50 hemp flower plantations throughout Uruguay employ about 10 people per hectare. Last harvest, 250 hectares of flowers were planted in the country, according to Vazquez.

The investments for this item amounted to $20 million and those of medical and recreational cannabis, according to the Institute for the Control and Regulation of Cannabis, amounted to $96.3 million since 2013, when this new industry began to emerge.

Ricardo Perna was the director of a secondary school until 2014, when he got into the cannabis business after its legalization in 2013. Now he is the operations manager of Cplant. His job is to enforce the good practice protocols required in Europe and to receive international certifiers. “Many buyers come to see the product here, how we process and plant it. In fact, in pre-pandemic times we had clients who came from Switzerland to see how we handled the crop,” he said.

Fabrizio Giamberini, head of Ucan, a company with representation in Switzerland and Portugal that produces hemp under a system that allows monitoring of good agricultural practice standards through computer technology, requested authorization in 2006 to import hemp seeds.

Four years later, he managed to set up an experimental plantation with technical assistance from MGAP. In 2017, he sent one kilogram of flowers to Switzerland and is now shipping his first batches of hemp flowers with a high content of Cannabidiol (CBD), the non-psychoactive component that is very popular in the United States, Switzerland, and other countries with permissive regulations because of its benefits as an anti-inflammatory and analgesic, among others.

“The effort began to bear fruit,” explained Giamberini. “The customer consumes the flowers to smoke, processed as a cigarette or packaged,” he explained. The product is purchased freely in convenience stores and supermarkets and is offered as a substitute for tobacco where 10 grams can cost almost $30.

The seeds, cultivation and production of Uruguayan hemp are certified in Europe and ensure a rigorous control of good practices.

Cplant will open its headquarters in Switzerland to sell its own industrialized product in Uruguay and market it in the European country, as announced. The company, which employs 35 people who reach seventy during the harvest, has more than 7,000 square meters for roofed cultivation and this year will partner with other producers who will cultivate 15,000 square meters for export.

“Uruguay has to take advantage of the profit margins that are going to last three or four years. Then, there will be more competition and supply in the market and prices will go down,” warned Crivilone.

The global cannabis market is led by China, Europe and the United States, which is developing a pilot program from 2018. The value of hemp is very volatile. The fourteen tons of Cplant were sold at $200 a kilo on average, but it can reach $700 according to the type of crop.

Hemp is very versatile. Its seeds are edible and its oil has a growing demand for food and cosmetics. In addition, its fiber is increasingly required as a building material, but also textile.

“Work has already begun to modify the regulations” and give producers the possibility to export freely, announced Vázquez.

“Hemp could become a big industry and employ people who are unemployed. We have directly and indirectly given work to many people because we consume a lot of inputs, we move the construction industry, materials, tools, personnel with tractors or field tools. Even the greenhouses in the area that are idle and dedicated to other crops whose prices are falling, if they convert to the hemp industry will have more revenue,” said Perna.

(Featured image by RichardT via Unsplash)

First published in PANORAMA, a third-party contributor translated and adapted the article from the original. In case of discrepancy, the original will prevail.