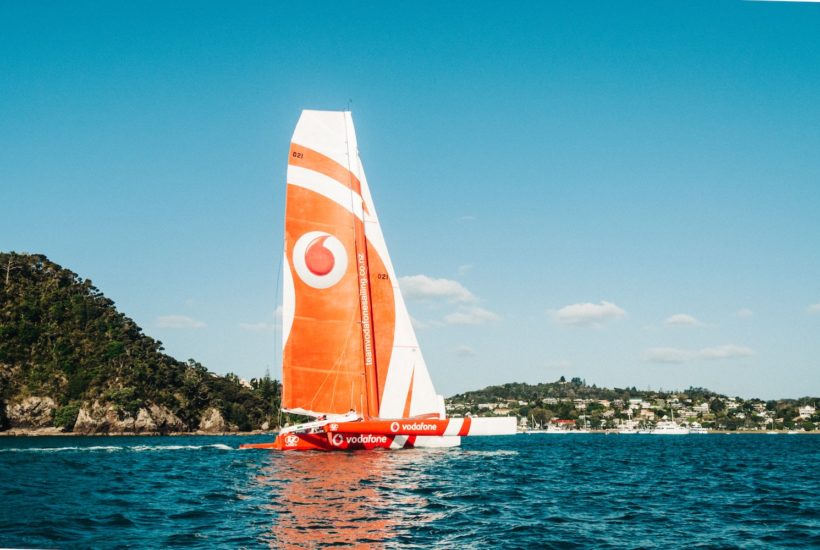 Vodafone Spain’s revenues in its last fiscal year, which ended March 31st, reached $4.66 billion (€4.3 billion). That is 8% less in reported terms than the previous fiscal year, according to the operator.

However, the company highlighted the positive evolution of both turnover and gross operating profit (Ebitda) over the year. Specifically, the telecommunications company pointed out that total revenues have registered a “sustained” improvement of 6.3 percentage points throughout the year, as they have gone from a 10.3% drop in the first quarter to a marked 4% drop in the fourth quarter.

Find out more about the financial results of Vodafone Spain and read the latest economic news in the world with the Born2Invest mobile app.

Vodafone Spain has recorded a positive evolution throughout the year

In this line, Vodafone Spain’s service revenues for the fiscal year as a whole amounted to $4.23 million (€3,9 million), 6.7% less in organic terms than the previous year and 7.1% less in reported terms. However, the company has also recorded a positive evolution throughout the year, as in the fourth quarter turnover fell by 2.7% to $1 billion (€972 million), in a context of sustained improvement in commercial activity. That was less than the 9.3% drop in the first quarter, the 8% drop in the second quarter and the 6.5% drop in the third quarter.

Likewise, the gross operating profit (Ebitda) grew by 8.2% in the second half of the year, in contrast to the 11.3% drop recorded in the first half of the fiscal year. Over the year as a whole, Ebitda fell by 1.7% to $1.08 billion (€1 billion), but the margin increased by 1.5 percentage points.

The company indicated that this boost in Ebitda is due to the success of the new commercial policy, the reduction in operating expenses, the refocusing of the television content strategy. Also, the implementation of the new company structure and the advances in the digitization process, with an organizational model and a culture that is more agile and better prepared to compete in the current market context in a more efficient manner.

Vodafone stressed that these results support the strategic decisions taken by the operator throughout 2019, as well as the profound structural and commercial transformation it has carried out to prepare the company to compete successfully in all market segments.

These measures include the launch of the first price plans with unlimited voice and data, the decision not to renew football rights due to lack of profitability, and the commitment to cinema and series. Also, the pioneering launch in Spain of the 5G commercial network in 15 cities and the boosting of the Lowi brand to compete successfully in the low-cost segment, among others.

“All these factors have contributed to the positive trend in the results at the end of the financial year, driving the improvement in commercial performance and the management of the customer base,” said the telecommunications operator.

However, the Vodafone Group has cut the value of the assets of several of its subsidiaries, with the Spanish company bearing the brunt. Vodafone Spain has taken a cut in the value of its assets of $911 million (€840 million), which added to the $3.15 billion (€2.9 billion) of write-offs already carried out last year. Vodafone justified the valuation cut by the complicated business prospects and lower cash flow generation forecasts in the Spanish market.

In terms of number of customers, the telecom operator said that the mobile contract, fiber and TV portfolios “consolidated growth trends” in the fourth quarter of its fiscal year.

On the other hand, Vodafone Spain reported that fiber customers increased by 28,000 to three million, representing 93.2% of the operator’s fixed broadband customers. As for its television service, the company ended its fiscal year with 1.3 million customers, 93,000 more than at the end of the previous year and 41,000 more than on December 31st, 2019.