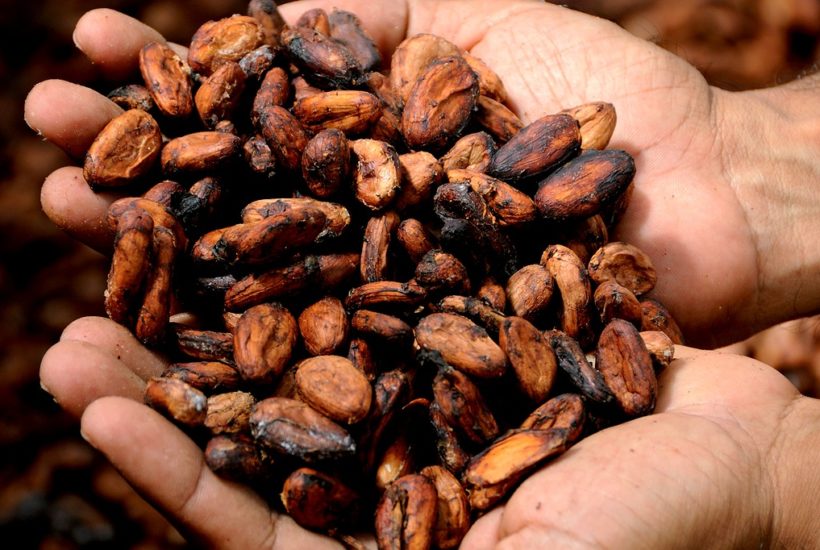 Wheat markets finished the week higher, especially in Chicago HRW and Minneapolis Spring Wheat markets. It was a week of mixed weather news as Russia got good rains in just about all areas but parts of Europe and the western Great Plains of the US stayed dry. The weather is also good in Australia and has been good for planting in Argentina although Argentina has also been drier than normal. Frequent showers are being reported in most of Australia. The big weather feature is the dry weather in Europe and the US and this dry weather has been supporting world prices and futures price action. Competition for sales is expected to be tough even with less in the US and Europe as Australia is coming back after years of drought and as Russia has better weather and improved production prospects. The harvest, small or big, is coming and prices usually start to move lower soon and remain down through the harvest. Any rally at this time might not go much farther.

Corn was higher on what appeared to be fund short covering. There did not appear to be much in the fundamentals to trigger the move, but demand is slowly improving for Corn. Meats processors are back and are aiming to restore 80% to 85% of capacity kill rates in their plants. The backlog of Cattle and Hogs will slowly disappear under this scenario and meats wholesale and retail prices will fall. This will take some time, but it is starting to come to pass. Ethanol demand is also improving as lockdown orders are lifter in most states and in Europe. Demand for gasoline and ethanol has gotten a little stronger and should continue to improve over time. All this still implies that ending stocks for Corn as projected by USDA can increase, but the increase should not be as great as originally thought. Export demand is becoming more difficult with US prices quoted above those in Argentina and Ukraine. Corn can rally a little more before the current seasonal rally runs out of steam as the funds still hold a significant short position and as farmers are scale up selling into the rally.

Soybeans were a little higher on hopes for improved Chinese demand.  These hopes got hurt a bit with the Chinese moves to clamp down on Hong Kong. China is looking to curb the dissent in Hong Kong over moves to bring the city more under central government control from Beijing. The world has objected and the US has now imposed some additional sanctions on the country. The sanctions seem designed to keep trade flowing between the countries so the market can feel some relief from that but the Chinese will probably retaliate with moves of its own and these could involve some trade. China has remained a very active buyer in South America even as it has increased Soybeans buying here in the US, so the overall amount taken from the US might not match the hopes of the trade. Brazil prices have been creeping higher for thee rest of the world as it starts to run out of Soybeans to export, so China and the rest of the world will look to the US and Argentina for additional supplies.

Rice was a little higher in new crop months and much higher in old crop July. The funds are buying the old crop futures on ideas of supply tightness. The combination of good export buying in general and the buying inside the US due to the Coronavirus has made the market short Rice. There are ideas that the mills are well covered into new crop, but little Rice is available from producers.  Most of the unsold Rice is in Arkansas. The crops are in very good condition in the south and near the Gulf Coast but planting has been problematic in parts of Mississippi, Arkansas, and Missouri. Ideas are that the long grain will get planted and producers will not plant medium grain if some prevent planting is needed. There are still ideas that the US will have a much bigger crop to harvest this Fall. Meanwhile, July appears destined to test the highs made by the July contract.

World vegetable oils markets were mixed last week. Palm Oil closed higher after news of renewed demand interest from India and China and on reports of less production from southern Malaysia. Palm Oil has been hoping for better demand from importers as world economies slowly open after being closed by the Coronavirus epidemic. A government change in Malaysia helped open the Indian market to Malaysian imports again. Southern Malaysia producers reported a sharp drop in production and there are ideas that all of Malaysia will come in below previous months. Indonesia continues to focus its Palm Oil on internal demand for bio fuels. Soybean Oil was higher last week and Canola was lower. Canola fell on improved growing conditions in the Canadian Prairies. Canola has found support from the recent recovery in Soybeans and Soybean Oil along with a weaker Canadian Dollar. Canola is more of a food oil than the others, although it also has bio fuels uses. China has recently allowed Canadian Canola imports to resume, so demand could soon improve. However, a BC judge ruled against the release of the Huiwai executive last week and this renewed trade tensions between Canada and China. The weather has been warmer the past couple of weeks after weeks of cold and wet weather.

Cotton was about unchanged last week. Support is coming from improved demand for US Cotton, but this demand has started to fade. Export sales were poor last week. There is concern that China will stop fulfilling its obligations in the Phase One trade deal due to ramped-up US rhetoric on the Chinese response to the Coronavirus epidemic and now the unrest in Hong Kong. The world is starting to slowly recover from the Coronavirus scare and some stores are starting to open again after being closed for weeks. The retail demand has been slow to develop as many consumers got hurt economically due to stay at home orders during the height of the pandemic and have little disposable funds to spend on clothes. Demand will slowly improve but the industry should have plenty of supplies to work within the short term.

FCOJ was higher in the first part of the week and then moved lower for the second half of the week.  Significant long liquidation from speculators was seen on Friday and also perhaps some new selling from industry. Trends are still mostly up in the market. Support is coming from the continued effects from the Coronavirus that are keeping people at home and drinking Orange Juice. Demand from grocery stores has remained strong in response to the increased consumer demand. Oranges production was estimated as less in the latest USDA reports at below 70 million boxes, so supplies available to the market are somewhat reduced. Inventories in cold storage remain solid so there will be FCOJ to meet the demand. There is increasing concern about the food service demand not improving even with the partial opening of the states. The weather in Florida is currently good for the crops. Southern areas are cool and have seen a few showers. The Valencia harvest is in full swing.  More signs of growth on trees are reported. Brazil has been dry and irrigation has been used.

Futures were lower in New York and a little higher in London. New York was lower on depressed consumer and roaster demand in the US and Europe. Funds turned sellers on the break through important support on the charts. The chart trends in New York are down, but London trends remain mixed. The demand from coffee shops and other food service operations has dropped to almost nothing. Consumers are still drinking Coffee at home, but many smaller roasters are actively trying to unload green coffee already bought a there are only a few outlets for sales at this time.  This should change in the next few weeks as the US and EU economies slowly open up. The logistics of moving Coffee from Central and South America remain difficult. Producers have had trouble getting workers to pick the cherries and mills and processors have had trouble getting workers to staff the plants. Shipping logistics have improved somewhat, but many are still having trouble getting the Coffee to ports to move to consumer nations. Vietnamese producers are not selling due to the weaker prices paid currently and the effects of the Coronavirus. Indonesian producers are more active sellers.

New York closed slightly higher with London lower. Prices have rallied well from the lows but both markets are showing signs of failing just when longer term chart trends were turning up. The recently weaker petroleum futures had made higher priced ethanol that much more expensive to blend and cuts demand. Prices in petroleum futures remained generally firm last week but still have a long way to go before Ethanol processing becomes profitable again. That makes more Sugarcane available for processing into Sugar in Brazil. The Brazil mills are trying to cover the lack of White Sugar in the market and the futures market price action suggests that they are succeeding. Reports indicate that little is on offer from India in part due to logistical and harvest problems caused by the Coronavirus. Thailand might also have less this year due to reduced planted area and erratic rains during the monsoon season. There are reduced flows from rivers from China as well.

New York and London closed a little higher after another volatile week.The virus has complicated farming and marketing efforts. Ideas are that deliveries can be slower on any contracted Cocoa and that the next crop could suffer as workers stay away. The Coronavirus helps keep demand away and helps keep workers from grinding facilities and chocolate manufacturers. The removal of the lockdowns should improve demand in the short term. Harvest is now over for the main crop in West Africa and the results so far are very good. The reports from West Africa imply a big harvest in the region. Ideas are that Southeast Asia also has good crops.

(Featured image by dghchocolatier via Pixabay)