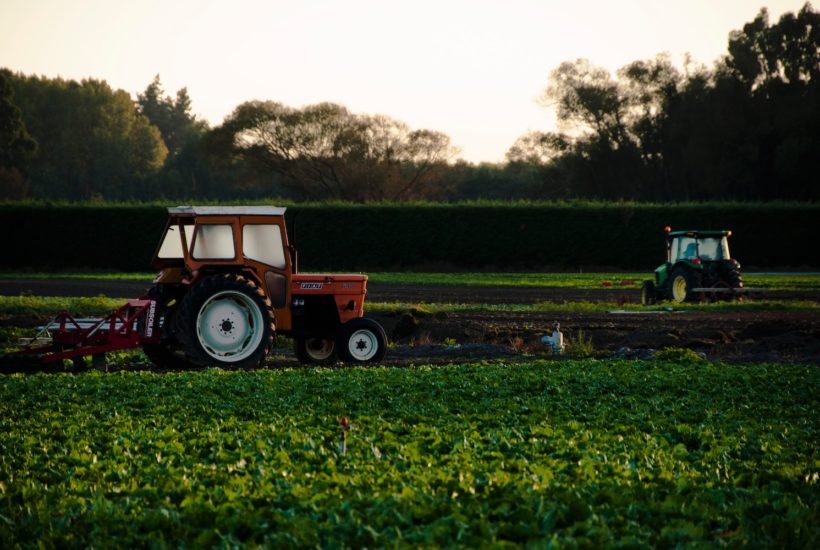 Wheat markets were higher for the week and were led higher by Chicago SRW futures. Minneapolis and HRW markets were weaker on ideas of plentiful supplies of higher protein Wheat in the world market. SRW is finding some support on reduced production but also faces poor demand. Production increases in the northern parts of the world are greater than production decreases in southern countries and that has hurt the bull case for improved US Wheat demand. World prices have been weaker in the last couple of weeks and this was seen by the Egyptian tender where even the EU could not compete with Russia and eastern Europe. World prices will still be dictated by what happens in Europe and the Black Sea area and US prices will most likely remain a follower as the US tries to compete for sales. The patterns on daily and weekly charts imply more up pressure on prices this week.

Corn closed back inside the recent trading range after breaking down on Wednesday. The moves seem related to First Notice Day as the market was probably anticipating big deliveries against the December contract but got none. The speculative crowd might not get many deliveries either unless the prices rally by quite a bit. The market has been short in Corn as farmers have been holding. That means that there is very little Corn available to the domestic and international cash market. Ukraine has been selling and there have been less offers from Argentina, but almost nothing is available here in the US and the US is still the king when it comes to Corn. The charts show a new leg down getting started on Wednesday and then rejected on Friday. It was a thin trade over the holiday, but one with potential meaning for bulls and bears.

Soybeans and the products were lower for the week. The US harvest is entering its final stages now and many producers are putting their Soybeans into storage and not selling. This has caused basis levels to firm in the country and at the Gulf of Mexico. Domestic demand was strong in the NOPA data. The market was also affected by news headlines about the trade talks with China. Word most of the week that a Phase One deal was progressing well and that tariffs on both sides would be cut back as a part of any deal helped support futures for much of the week. USDA showed that China continued to be a strong buyer in the US market in its weekly reports on Friday. The market has not been that strong given the great export sales reports and news of more sales on the daily system.

Rice was higher on Friday and higher for the week. The weekly charts still display a bullish market and higher prices this week would be positive for the medium term. Demand for US Rice remains generally positive and the weekly export sales report was very strong. The export sales pace in general has been very good and USDA could be forced to increase export demand and cut ending stocks estimate in future reports. The US domestic market is now quiet with the harvest mostly done and no one real interested in selling. Mills and exporters are thought to be covered but anyone who needs to buy paddy Rice from farmers will be forced to pay higher prices after not finding much selling interest at all.

World vegetable oils markets were mixed, with Palm Oil higher and the other markets sideways to lower. Palm Oil got positive production news from MPOB to go with stronger export news that has been seen for the last few weeks. MPOB showed that production in October was 2.5% lower than in September and this was less than expectations. Demand increased by 16.43% for Palm Oil exports and 12.7% for Palm Kernel exports. Ending stocks were down 4% from a month ago. The increase in demand has been dramatic and could continue as China has been buying. Malaysia signed trade deals with China for another 1.5 million tons in 2020 and India for another 1.0 million tons. Soybean Oil was lower and was the weakest market.  Trends are up in Palm Oil but mostly down for Soybean Oil. Canola was near unchanged last week as the harvest is almost over. Progress has been slow but producers have been active and have been delivering into the commercial system. The rate of deliveries is starting to back down now as farmers prepare to store the rest of the crop for the Winter.

Cotton was a little higher last week. The market got some good news on Friday as USDA reported another strong week of export sales. China was included as a buyer which has been considered important for Cotton demand moving forward. China has also been buying Cotton from Brazil as it needs higher quality Cotton to blend with its domestic production. The market has not been able to move a lot in terms of price for the last month as the harvest has been ongoing amid some stressful conditions. Last week featured very cold temperatures and some worry about quality but not enough to affect prices much. The harvest will start to wind down over the next couple of weeks and certified inventories have been steadily growing but will soon start to level off. The market could hold to a sideways to weaker pattern until the tail end of the harvest.

FCOJ was a little lower for the week in narrow range trading. Overall chart patterns suggest that the market is in a trading range. Futures had held the same range since April. USDA showed strong production last month at more than 77 million boxes of Oranges from Florida and demand remains weaker. Good growing conditions and increased oranges production estimates by USDA this season have been bearish. The weather has been great for the trees as there have been frequent periods of showers and no severe storms so far this year. Many areas have been dry lately and irrigation is being used. Crop yields and quality should be high for Florida this year. Inventories of FCOJ in the state are high and are more than 33% above last year.

Futures were higher for the week in New York and a little higher in London. Rains were reported in Brazil Coffee areas to help ideas of big production in the coming year, but overall it remains dry. The Brazilian crop is developing but some exporters say they are out of previous crop supplies to sell. It is dry in other parts of Latin America as well. Central America has had less than normal rains, especially in Honduras where a large part of the deliverable stocks come from. Peru is also too dry right now. The Asian harvest is underway but producers do not seem to be selling on ideas that prices are too low to provide profits. Vietnam exports remain behind a year ago, but the market anticipates bigger offers as producers and traders will need to create new storage space and are expected to do this by selling old crop Coffee. Reports from Brazil indicate that flowering is off to a very good start. Rains are expected again in Coffee areas this week. Overall the Coffee areas remain in a rain deficit but have had some timely rains to start the flowering. Vietnam crops are thought to be big despite some uneven growing conditions this year.

Both markets closed higher for the week. Overall charts trends are trying to turn up for the medium term. Reports indicate that little is on offer from India. Thailand might also have less this year due to reduced planted area and erratic rains during the monsoon season. There is still more than enough Sugar for any demand and that India will have to sell sooner or later. Reports from India indicate that the country is seeing relatively good growing conditions and still holds large inventories from last year. However, these supplies are apparently not moving and this could be due to less government subsidy for mills and exporters. Reports of improving weather in Brazil imply good crops there. The Real has been trading near recent lows against the US Dollar and this should encourage export sales from Brazil as well.

Futures closed lower and the long awaited correction down has begun. Harvest is now active in West Africa and reports are that good volumes and quality are expected. Ideas are that demand is currently very strong due to the current price action. The reports from West Africa imply that a big harvest is possible in the region. Ivory Coast arrivals are strong and are above year ago levels. The weather in Ivory Coast has improved due to reports of frequent showers. The precipitation is a little less now so there are no real concerns about disease. Ideas are that the next crop will be very good.  Both Ivory Coast and Ghana are doing what they can do boost Cocoa prices and are inviting Nigeria and Cameroon into the minimum pricing system they are creating.