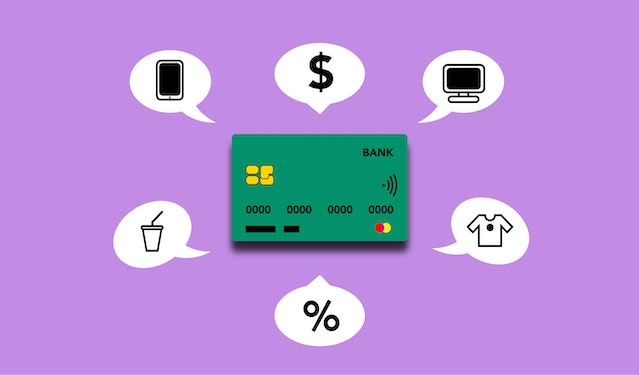 Currently, the Swiss neo-banking scene is primarily sailing under the flag of “every man for himself.” However, the neo-banks are becoming more similar to their domestic and foreign competitors in their offerings and orientations.

Let’s take a look at the developments of recent weeks and months. But first, take a moment to download our free financial news app.

Neon Catches Up in its Range of Offerings

Along with Spaces, Neon has also introduced functions around saving in April 2022. Clients can now define individual savings goals, such as a vacation trip, motorcycle, new apartment, or whatever, and create a virtual savings account per savings goal.

The most striking innovation is the additional account type they are calling “Metal.” While Neon previously offered a free account in pink and green, and an account with a wooden card for the environmentally conscious (CHF 5 per month), the FinTech has now added a third account variant, “Neon Metal,” which is all in black.

The metal card can make contactless payments on both sides, which is practical. The account costs 15 francs per month, offers extended insurance packages and free cash withdrawals worldwide.

Revolut has a head start on the metal offering with expanded services, but Neon is the first Swiss neo-bank with a metal card. Revolut and Neon’s example is likely to be followed by other neo-banks sooner or later; the lifestyle aspect should not be underestimated.

By way of comparison, Zak, the first neo-bank on the Swiss market, has landed around 50,000 customers in just over four years. Neon is in the neighborhood of the 120,000 mark after a good three years. CSX, the Credit Suisse subsidiary, has reported 100,000 customers after one year (as of the end of 2021). No reliable figures are yet known from Yapeal and FlowBank. The British challenger bank Revolut is also setting standards in Switzerland with 450,000 users.

With 75,000 active customers, Yuh is well on track, one year and three months after market entry. The success is likely to be strongly linked to the “third pillar,” which Yuh manages very actively. In addition to the functions related to paying and saving, Yuh also offers “investing” and is continuously expanding its investment options in the area of cryptocurrencies and equities. In Switzerland, only FlowBank and Revolut are in the game to a recognizable extent. FlowBank with a very expanded offering, Revolut at the moment in Switzerland “only” with cryptos, but with a wide range of coins and tokens.

Since mid-July 2022, FlowBank has been partnering with the Swiss exchange BX Swiss and has reduced commissions on Swiss stocks to zero to mark the start of this cooperation. The new pricing is permanent.

FlowBank is one of the serious players in the neo-banking scene. With its focus on investments, Neo-Bank positions itself as a neo-broker, but with additional ambitions towards banking. The wide range of 50,000 financial instruments available to investors on the trading platform is hard to top. In addition, Neo-Bank invests heavily in information, know-how, and education for customers at different levels with its trading academy.

Kaspar& Teams Up With BLKB

At first glance, Kaspar& is a miracle FinTech. At second glance, the startup is a neo-bank that started as a WealthTech. Currently, the FinTech is in the process of developing new Open Finance applications in the F10 program. This includes, for example, the insurance integration that has already been rolled out, as well as new services in the area of retirement planning and donations.

In July 2022, Basellandschaftliche Kantonalbank BLKB secured a minority stake in Kaspar&. This is an exemplary step with regard to the keywords mergers, acquisitions, and cooperations that we have already mentioned. Kaspar& will not be taken over, and a merger is not an issue either. The closer connection to a classic bank simply follows an intelligent idea and philosophy. We asked co-founder Jan-Philipp Schade: How come? – Also exemplary turns out the answer, Schade said:

“An important insight for us is that big and sustainable changes in retail banking can only be achieved if there are collaborations between innovators (in this case, the FinTech startups) and owners of customer relationships (in this case, regional and cantonal banks in particular). So why invest a lot of money and effort in marketing to push customers from A to B instead of rather investing the money in a product, which also helps the customer in the end.”

There’s little to add to that, except perhaps, and by way of affirmation, the simple formula: If some have what others need – and vice versa – then good, better and possibly even the best can emerge much more quickly when forces are combined.

We will see more cooperation in Switzerland in the neo-banking scene and in the FinTech sector in the near future. This is not entirely new and has also been a common practice. The neo-bank Yapeal already tied up very closely with the FinTech Abacus some time ago and primarily committed itself to the B2B sector. FlowBank has been developing plans and strategies with partner CoinShares for several months now, and the Jersey-based crypto company has taken a nearly 30 percent stake in Neo-Bank and Neo-Broker.

Cooperations, shareholdings, and partnerships will become more common in the future, and mergers and acquisitions also remain a possibility. Economically clouded prospects could concretize and accelerate considerations and processes that have been under consideration for some time.

(Featured image by Monstera via Pexels)

First published in Money Today, a third-party contributor translated and adapted the article from the original. In case of discrepancy, the original will prevail.