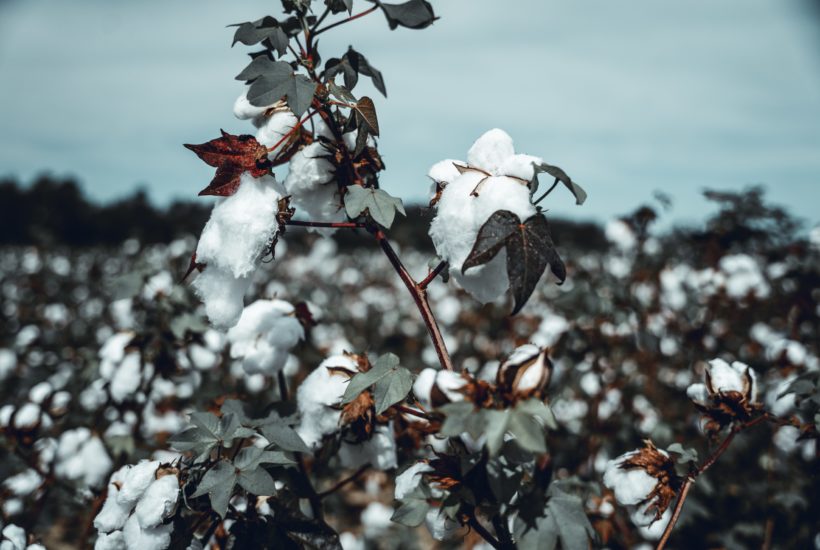 Wheat: Wheat markets were a little higher last week except for HRW futures that were lower and held to recent trading ranges on the weekly charts. The daily charts show a breakout higher and then a collapse back into the trading range. The late-week selling came in part in response to the weaker-than-expected export sales report on Thursday. Futures were higher on the threat of Winterkill in the western Great Plains.  Temperatures dropped below 0F in many areas and that is cold enough to kill an unprotected crop. The actual damage will take some time to see under warmer temperatures and it might take until harvest to see the full effects of the recent extreme cold.  However, it seems that the freeze is part of the price for now.

Corn closed a little higher and Oats were higher and made new weekly chart highs with Corn up a bit on South American weather. It has rained in central and parts of northern Brazil in the last week, but farmers were able to harvest some of the Soybeans area and plant some of the Winter Corn around the precipitation. Southern Brazil and Argentina are now drier and Corn in Argentina could be stressed. The main crop harvest has started in parts of Brazil, but progress will be slow due to the late planting dates due to dry conditions earlier in the year. The second crop of Corn planting is also being delayed and yield estimates for South American Corn have been reduced. Demand for US Corn has been good but export demand was very low last week.

Soybeans and Soybean Meal: Soybeans closed higher and Soybean Meal closed a little lower. Selling came on ideas that the impending Brazil harvest will kill the current demand for US Soybeans. Demand was less last week in the weekly export data and was about the worst of the marketing year. The Brazil harvest has been delayed due to late planting dates early due to dry weather and now too much rain that has caused harvest delays and some quality problems in the north as well. Rains are coming to an end in some areas so harvest activities have increased but the harvest remains very slow overall. China has been buying for this year and next year here but also in South America. The strong demand for exports and for domestic use means there is little room for error and that the US could even come close to running out of Soybeans to sell.

Rice: Rice was lower last week. The export sales report was strong and featured sales to Japan and Venezuela. The cash market has not felt any increased demand lately and mill operations are reported to be on the slow side. Exports had been strong until recently and were moderate last week.  Texas is about out of Rice, but there is Rice available in the other states.  Asian and Mercosur markets were mixed to form last week but this has not yet affected the US world price that much.

Palm Oil and Vegetable Oils: Palm Oil closed higher on ideas of reduced supply. The export news has been good with February exports holding to stronger levels than January. The production of Palm Oil is down in both Malaysia and Indonesia as plantations in both countries are having trouble getting workers into the fields. Wet weather has caused even more delays.  Soybean Oil and Canola closed higher for the week on ideas of increasing demand, and Canola also got talk of tight supplies due to reduced offers from farmers and reduced production earlier in the year.

Cotton: Futures were higher for the week and made a new weekly chart high close once again. The weekly export sales report on Thursday showed solid demand for US Cotton and the demand has been strong even with the Coronavirus around and getting worse. The overall weaker US Dollar has helped demand ideas as well although the Dollar has started to firm recently. The US stock market has been generally firm to help support ideas of a better economy here and potentially increased demand for Cotton products. The US Dollar rallied sharply on Friday to hurt export demand ideas.

Frozen Concentrated Orange Juice and Citrus: FCOJ closed lower and made new lows for the move on the weekly charts.  Some damage to leaves and open flowers was possible in Texas and northern Mexico, but ideas are that the overall damage was minor.  Moderate temperatures were reported in Florida last week. The weather in Florida is good with a few showers to promote good tree health and fruit formation.  Showers are falling in Brazil now and crop conditions are called good. Mexican crop conditions otherwise are called good with rains, but earlier dry weather might have hurt production. It is dry in northern Mexican growing areas.

Coffee: Futures were higher for the week in New York on ideas of less offer from Brazil and a little higher in London as Vietnam producers stopped selling during the Tet holiday and have not sold since. There are reports of good weather in Vietnam for the harvest.  Indonesia has had good weather but has little coffee to sell now. Brazil has been dry for flowering and initial fruit development and it has been warm and dry in recent times. Rains are now falling which could be very beneficial. Central America is also drier for harvesting but production might have been reduced due to very wet conditions during the growing season.  Good growing conditions are reported in Colombia and Peru.

Sugar:  New York and London closed lower and trends started to turn down in both markets.  Some of the selling came as March New York futures stopped trading on Friday.  Ideas of increased demand are still around as traditional buyers have been active.  Rains were reported again in Brazil.  It has been raining in south-central Brazil and the production of cane is over for the season.  Production has been hurt due to dry weather earlier in the year.  India is producing less Sugar and more Ethanol.  Thailand might have less this year due to reduced planted area and erratic rains during the monsoon season.  The EU Sugar crop is less this year as is the crop in Russia.

SEE ALSO  3 red flags: How to choose a professional or consultant

Cocoa: New York and London closed higher on inflation concerns once again. The fundamentals appear to be bearish for now but demand is expected to improve as the world economies recover from Covid induced downturns. The ICCO said that the Cocoa surplus would be about 100,000 tons this year.  Ivory Coast raised its main crop production estimate by 100,000 tons to 1.65 million tons. There were reports of demand for Cocoa in Ivory Coast, although the reports noted that there is a lot to sell there.  The grind data has been weaker again implying less demand for chocolate.  Ivory Coast has not been shipping as exporters have asked to hold off.  There are ideas of big supplies at origin. Wire reports say that Ivory Coast has abandoned its tax scheme and instead is offering a discount to get Cocoa moving again. Ivory Coast arrivals are now 1.491 million tons, down 1.3% from last year.