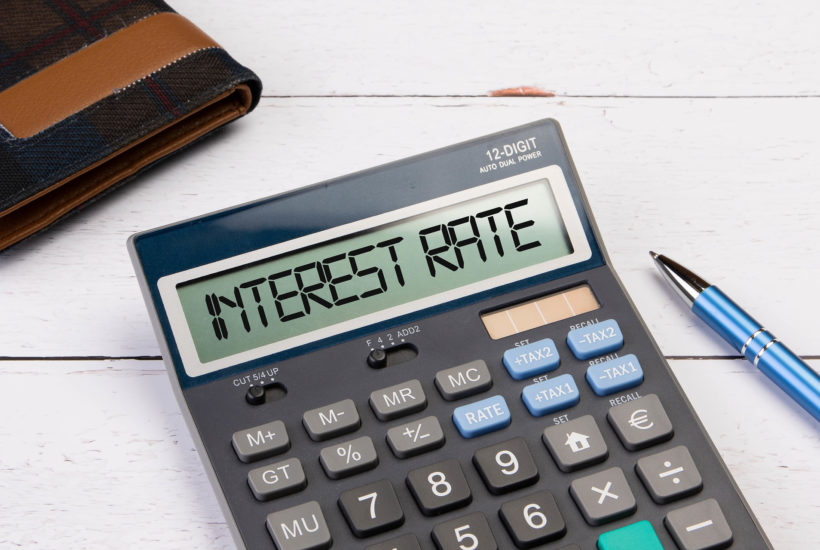 Stagflation is undermining the U.S. economy, and that poses a huge problem for Mr. Powell and his merry band of money printers.

Inflation is running at a pace that is just about 3x faster than real GDP growth–a figure the Fed can no longer ignore. This is why Mr. Powell had no choice but to announce at November’s FOMC press conference that the Fed would reduce its purchases of MBS and Treasuries by $15 billion each month starting this month. Therefore, officially pushing the economy further towards the edge of the monetary cliff. Meaning, the amount of new monetary creation will go from a record $120 billion per month to zero by the middle of 2022.

The U.S. economy grew at a SAAR of just 2.0% in the third quarter, down from 6.7% in the prior period. This deceleration of growth will continue into next year, despite a brief reversal of this trend in the current quarter.

The most astute money managers look at the shape of the yield curve for clues to economic growth. A compressing difference between long- and short-term interest rates means the economy is slowing. When short-term rates are higher than long-term rates, it means a recession is high. Well, there’s no inversion now, so no reason to fear a further contraction in GDP. Right? Wrong! Did you know that the U.S. 30-year Treasury has a lower yield than the 20-year bond? This isn’t the most monitored duration. 10’s and 2’s are. But it would be unwise to ignore this extremely rare event.

Disposable Personal income actually fell by 1.3%, or $237 billion, during September. This can’t be good news for consumers faced with 5.4% CPI. They are drawing down savings quickly as the government subsidies wound down during the last month of the quarter. That trend of depleting savings will escalate into next year. Perhaps this is why the world’s largest retailer outside of China, Amazon, warned last week for the 4th quarter on weaker revenue and earnings. In fact, that slump in income means that the personal savings rate fell to 7.5% last month, which is now below its pre-pandemic level.  It isn’t much of a mystery why consumer confidence is so dour. The Index of Consumer Expectations is down 14.3% on an annual basis.

Despite these facts, Wall St. predicts an economic rebound during 2022. Of course, there should be a brief period of accelerating growth in the 4th quarter primarily due to a reduction in the COVID Delta Variant and the issuance of Expanded Child Income Tax credits. This temporary rebound was evident in the ISM Services Index, rising to 69.8 in October. Nevertheless, starting in Q1 of next year, the economy will have already experienced the full benefit of any reduced Delta cases–assuming the new Delta Plus mutation fizzles out, which is a big assumption. Also, the front-end loaded child tax credit payments end in December. Therefore, the fiscal cliff will be in full effect, just as the global monetary cliff will be in free fall. Add in higher interest rates, high inflation, supply chain bottlenecks, a shrinking labor force participation rate, and a faltering Chinese real estate bubble, and the picture becomes even direr.

SEE ALSO  When to give up on your business idea

The narrative from Wall Street is that central banks will merely have to lightly tap on the monetary breaks, and inflation will gradually ease back down to 2%. This will lead the financial markets to continue to pile up record high after record high. That might have been a possible scenario if global central banks had not distorted interest rates to such obscene levels. And, as a direct result, conjured the most overvalued equity market in history into existence.

For example, investors must think about this: what would be the yield on European 10-year bonds without the ECB’s record-breaking pace of money printing, which must soon end to combat a 4% inflation rate in the Eurozone? Interest should begin to normalize, and that wouldn’t ordinarily be a problem. However, due to unprecedented interest rate manipulation, the German 10-year Bund is starting off at a negative 0.08 percent. That yield was 5% in the year 2000, before the ECB, along with the other major central banks, adopted interest rate suppression measures. It’s the same dynamic throughout the developed world–including the United States. Benchmark Treasuries were 6% back in 2000, which was prior to the great interest rates suppression scheme taken on by the Fed. Today that yield is just 1.5%.

Hence, interest rate normalization wouldn’t be much of an issue if yields were so distant from historically normal levels. In sharp contrast, they are at the very minimum at least 450 bps away from normal. I say at the very least, because interest rates should be much higher today than they were 20 years ago. This is due to a much higher rate of inflation than witnessed in 2000, coupled with the increased solvency concerns on Treasury debt. To put figures on that statement: The rate of inflation is 200 bps higher than it was in 2000. And, the National debt to GDP ratio is an incredible 70 percentage points higher today than it was at the turn of the millennia.

SEE ALSO  Retirement planning: The downsides of your 401(k)

The simple truth is interest rate normalization would render the U.S. an insolvent nation. The National debt is already $29 trillion–a full 725% of Federal revenue. And, the amount of money needed to service that debt would soar into the trillions each year if rates were to rise anywhere close to a normal level.

Also, rate normalization would result in the wipeout of the record-setting equity bubble, as evident in the current Price to Sales (P/S) and Total Market Cap (TCM) to GDP ratios. There aren’t any better measurements of the valuation of equities than those two ratios. The TMC/GDP ratio was 130% back in 2000. However, it is a shocking 211% today. Similarly, the P/S ratio was 1.5 in 2000; it has skyrocketed to around 3 recently.

Hence, not too far along Mr. Powell’s effort to end Q.E. and the raising the Fed Funds Rate, asset prices should collapse—including the real estate complex–and cause the Fed to once again inform Wall Street that it was just kidding when it comes to allowing the free market to set prices.

Then, watch out for a humongous amount of permanent Universal Basic Income to be deployed, which will be monetized by the Fed. The Stagflation suffered today should pale in comparison to what is to come, as any faith left in the currency and bond market will be destroyed.

Riding these inflation and deflation waves appropriately is crucial to your investment success.