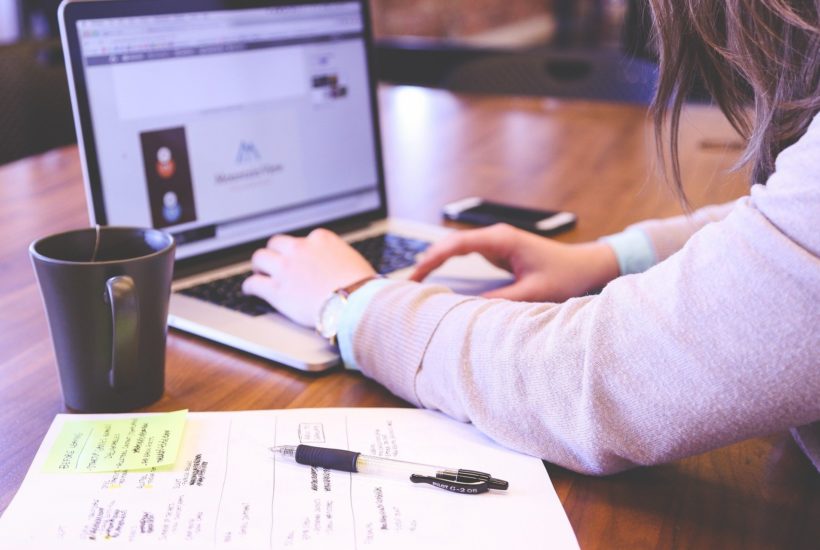 When Facebook (NASDAQ: FB) first adopted the motto “Move fast and break things,” it’s unlikely that Mark Zuckerberg knew that ultimately billions of people would use the social network on a daily basis. Nevertheless, much like the company itself, this motto has become wildly successful — not just within Facebook, but within the tech community as a whole, where many (even some fintech leaders) used it as an excuse to make mistakes in the name of progress.

The attraction of this kind of attitude is understandable. When you’re starting out, the main thing you want to do is survive and make it to the next stage of funding or to break out into the public consciousness. To do this, it often seems necessary to move faster than you’re comfortable with. And while this attitude might have made sense in the early days, when Facebook and other Silicon Valley companies were small and relatively harmless, its scalability has left something to be desired.

There’s a reason Facebook moved away from that slogan. Zuckerberg’s congressional hearings are a good illustration of the downside of moving fast and breaking things, when the things you break have major consequences outside your office doors. Other companies have had similar problems. Uber (NYSE: UBER), for instance, moved fast and tried its best to break — or at least ignore — existing transportation regulations. True, it was successful, but Uber didn’t come out the other end unscathed.

For the world of financial technology, these cautionary tales should not go ignored. Moving fast and breaking things should be considered a nonstarter from the beginning.

When it comes to money, people tend to notice pretty quickly when something’s broken. When fintech breaks down, there are measurable consequences, both for consumers and businesses. If the industry tries to move at the pace of the rest of Silicon Valley, there’s a good chance some executives will eventually find themselves in jail for breaking things just a little too much. Or worse, it will significantly impact our financial system.

Look at the recent outage that Chime had, leaving 5 million customers without access to their money. People couldn’t put gas in their cars to get to work. Chime didn’t move too fast; it didn’t do anything egregious to cause this. But it happened anyhow. Even if you’re following best practices and working in a compliant manner, it’s still tough.

From a business perspective, moving at the speed of Facebook isn’t really necessary for fintech. If you’re building a competitor to the social media giant, it’s true that launching a month too late could be the end of your company. In fintech, however, launching a month late is just an indication that you have all your proper licenses lined up and that you’re staying on the right side of regulations. A faster-moving competitor, meanwhile, is likely going to hit a major speed bump down the line.

When moving fast breaks a company

While it’s still relatively early for fintech, there are examples of people making mistakes that cost them in the long run. TransferWise, for instance, had to pay back $16,000 in customer fees because it didn’t follow regulations in New Hampshire. Wirecard, a German-based company, meanwhile, had its Singapore offices raided on more than one occasion for inventing sales and profit numbers.

It’s easy to succumb to the temptation to cut corners in order to stay afloat, but the consequences are real. Even if the financial repercussions don’t sink you, the damage to your reputation could. All of this doesn’t mean financial technology startups can’t move quickly — they just have to know how to do it without breaking anything.

How to move fast and… Not break Things

1. Find a partner, not a vendor

If you’re new to fintech, finding your way in the industry is like playing hide-and-seek with the residents of a house that you’ve never been in. It’s hard to know even where to begin, and without help, you’re never going to win that game. There are so many questions that founders just don’t know to ask, so many nuances to navigate. That’s why having a bank in your corner is valuable; your incentives will be aligned, and it will be there to help you succeed. It’s crucial, then, to seek out a financial partner you can have a relationship with from day one.

When looking for a financial partner, ensure that it is compliant and ready to onboard clients, because that will mean you are compliant and ready to onboard clients. You also want to know that the partner is ready to grow as big as you need it to be because a relationship like this should be long term. It’s not just about contractual obligations — it’s about making sure you’re entering into a true partnership instead of just a vendor relationship.

2. Build real relationships with your regulators

Staying under the regulators’ radar might seem like the path of least resistance, but when you’re dealing with changing technology and evolving regulations, it’s actually a good way to find yourself behind the times and potentially in hot water. Go out of your way to knock on regulators’ doors and let them know what you’re trying to accomplish. The key is making sure that you come to them before they come to you. If they’re knocking on your door first, it’s probably because they’re concerned about something.

If you can, go and spend some time in Washington. At least have a chat with your local regulator. Have conversations with people across the table — don’t forget that regulators are human, too. They might sometimes seem like regulation robots, but they’re not, and they ultimately have the best interests of the U.S. economy at heart. If they didn’t, they’d have picked something else to do with their life. Building a relationship with your regulator is good way for you to start off on the right foot and, hopefully, stay that way.

SEE ALSO  Going remote with Uniqorn and the Startup Supercup

Fintech as a term carries with it buzzy connotations of get-rich-quick schemes and can’t-lose blockchain solutions. Which means that there are people in every industry trying to cash in on it in any way they can — including attorneys. Fintech partner hires are increasing at a steady pace to address this growing industry, and not everyone looking to exploit this sector will be on the up-and-up. Be extremely careful, then, about the lawyers whom you’re spending time with.

If you’re being told you can save a lot of money on something upfront, you had better be asking a lot of questions about why you’re saving that money. There are a ton of things that can happen at seed stage that come back to bite you when you get to series A or even further down the line. Something as simple as a form not being correctly filled out or a paper filed in the wrong place can dramatically impact the future of your business.

The good news is that this is a very fixable problem. If you raise enough to pay lawyers a decent amount, you’ll solve a lot of problems later on. If you can’t raise enough money to do these things correctly off the bat, then you might want to figure out other ways to get users without becoming a regulated financial product.

If all of these precautions make you nervous about starting a fintech company — good. You should be careful. But don’t let them scare you away from the industry altogether. You can find creative ways to build a new fintech company, and you don’t need to raise billions of dollars upfront to do it. Just make sure you have a significant understanding of how things are put together before you start trying to break them.

(Featured image by StartupStockPhotos from Pixabay)

Zach Anderson Pettet. He is the VP of fintech strategy at nbkc bank., a community bank in Kansas City, Missouri, that’s on the cutting edge of tech innovation. He also serves as the managing director of nbkc bank’s Fountain City Fintech.