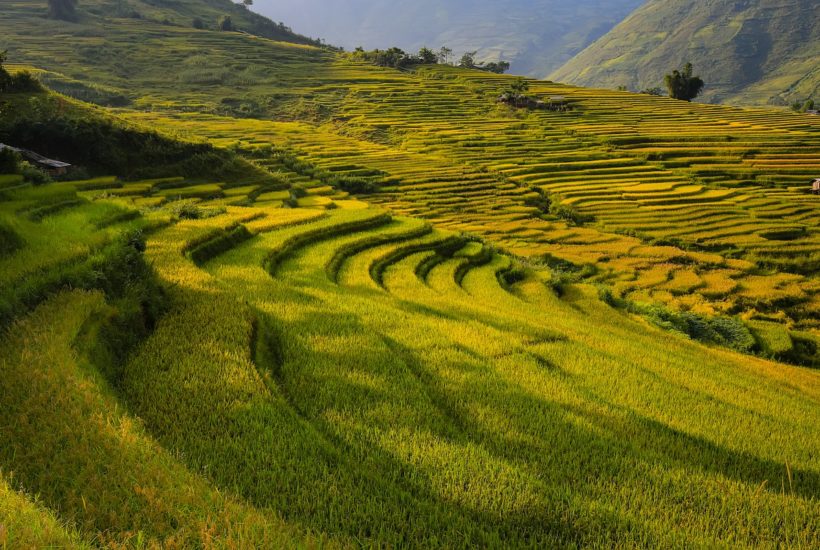 Wheat closed higher again Friday as the world market has held strong and chart trends are turning up again. Weekly charts show that the Winter Wheat markets made new high closes for the move, but Minneapolis did not. Ideas are that the US will have good demand for Wheat as the rest of the northern hemisphere is short production this year.  Offer volumes are down from both Russia and Europe. Dry weather in southern Russia as well as the northern US Great Plains and Canadian Prairies remains a supportive feature in the market although the weather has become old news. The lack of production has reduced the offers and Russia plans to announce sales quotas for next year very soon.  The Russian weather has been good for production in northern and western areas and has recently improved in southern areas and into Kazakhstan in time for the next crop. Siberian Spring Wheat conditions have been very good.  Europe is expecting top yields in some areas but less yield in others and parts of eastern Europe and northern Russia are expecting strong yields.  European quality is a problem due to too much rain in some areas and not enough in others.

Corn: Corn closed higher on Friday and higher for the week. The USDA reports were really not all that bullish, but the ethanol demand was exceptional and strong ethanol demand was reported last week. The reports for Corn showed increased production but increased ethanol and industrial demand to offset the production increases and more. There were fears of a bearish report as production was expected to increase a little bit and demand could get cut. But demand for export and for ethanol consumption has been great. Corn has relatively tight supplies as farmers are harvesting and not selling. Demand will be an increasing feature in the trade moving forward as the harvest moves to completion sometime this month. Initial yield reports have been mixed but good. Most of the elevators along the Mississippi are exporting again which is good news for nearby demand. There are a lot of ideas that production and planted and harvested area will be significantly less next year due to the lack of fertilizers available and the cost of production.  Oats were lower for the first time in many weeks last week. It could be that the bull market is starting to run its course in this market.

Soybeans and Soybean Meal: Soybeans and Soybean Meal closed sharply higher Friday and trends in both markets are up.  Soybean Oil closed a little lower and is locked in a sideways trend. CONAB in Brazil estimated the Soybeans production at 140 million tons, much less than trade expectations. USDA showed less than expected production and yield estimates and also cut export demand for the US earlier in the week. Harvest is starting to wrap up for Soybeans and a harvest low might have been hit this week. Reports indicate that farmers are limited sellers at best.  Gulf port elevators are coming on line and export sales and exports are increasing. Planting and initial crop development is going very well in Brazil. It has been dry in Argentina but rain has been falling this week and conditions for planting and initial growth are improving.

Rice: Rice was higher again on Friday and higher for the week. Weekly chart trends are sideways but trends are now threatening to turn up on the weekly charts. Daily charts show up trends. USDA increased yield estimates and production and made some changes to demand that left overall demand unchanged for increased ending stocks estimates of 35.2 million cwt. The market had been bracing for reduced demand and a more significant increase in ending stocks. The crop has been largely harvested in all states. Yield reports and quality reports have been acceptable to many in Texas and are called good in Louisiana. The reports have been good in both Arkansas and Mississippi.  Milling yields have been generally low in both states.

Palm Oil and Vegetable Oils: Palm Oil was a little higher Friday on ideas of weak production ahead and closed a little higher for the week. Futures are still caught in a trading range. Support still comes from ideas that supply and demand are in balance or supplies are short.  The weekly chart trends are up. There are ideas of tight supplies due to labor problems. There are just not enough workers in the fields due to Coronavirus restrictions. Production has also been down to more than offset the export losses so prices have trended higher. Canola was higher again. Farmers are bullish and reluctant to sell because of the sharp reduction in Canola production in Canada this year. The weekly chart trends are up.

Cotton: Futures were mixed yesterday in reaction to a disappointing export sales report. Demand has fallen off with the rally in the US Dollar. The production and supply and demand reports were neutral to the market. USDA increased production and left demand unchanged for increased ending stocks estimates that the trade had been mostly expecting.  World estimates showed a slight decrease in ending stocks. Trends are sideways on the charts and the fundamentals have not really changed. Demand for US Cotton remains very strong and that is good news for sellers as the strong demand implies strong prices should continue.  Analysts say the Asian demand is still very strong and likely hold at high levels for the future.  Good US production is expected. Chinese demand is also strong as clothes makers use foreign Cotton to get away from domestic supplies that might have been produced by forced labor and might not be allowed in the US or other western countries

Frozen Concentrated Orange Juice and Citrus: FCOJ was higher and trends are turning up in the market. There is not much going on in this market but the charts show that futures might have made a short-term low last week.  The hurricane season is over and the chances for a damaging storm to hit the state of Florida are gone so speculators have gotten out of longs and got short. The weather remains generally good for production around the world.  Brazil has some rain with more in the forecast and flowering is likely. Weather conditions in Florida are rated mostly good for the crops with a couple of showers and near-normal temperatures.  Mexican crop conditions in central and southern areas are called good with rains. Northern and western Mexico is rated in good condition.

Coffee: New York closed sharply higher and London closed lower on Friday but both closed at new highs for the move on the weekly charts. The lack of Coffee available to deliver against Robusta contracts remains a factor and is becoming more important for New York. Containers are not available in Vietnam to ship the Coffee. Covid has also returned to Vietnam in a big way and could be a factor in interrupting shipments.  Production in Vietnam is now estimated at 29 million tons, from 31 million previously as farmers did not get inputs applied in time.  Brazil also has less Coffee this year due to a freeze earlier in the year and dry weather at flowering time a year ago. Scattered showers are still in the forecast for much of Brazil, but especially in the north, and flowering is reported now in many growing areas.  Production conditions for the next crop in Brazil are called good.  Scattered showers are now in the forecast for Southeast Asia and for Vietnam.  Good conditions are reported in northern South America with near average rains and good conditions reported in Central America with near average rains.  Conditions are reported to be generally good in parts of Africa.

Sugar: New York and London closed lower on Friday in consolidation trading but higher for the week as supplies of Sugar remain a problem. London made new highs for the move last week. Reports indicate that consumer demand has returned to the market. Ideas are that the supplies are out there but it will take a stronger price to get them into the market.  Processors in Brazil are refining the cane for Ethanol more than Sugar right now and this trend is expected to continue due to the relative price spreads. The reduced production potential from Brazil for the current harvest is still impacting the market.  India is not offering as world prices are well below domestic prices and has had some weather problems of its own.  It has just raised the price of Sugarcane juice for ethanol production so mills can divert more from the Sugar market into Ethanol production. Thailand is expecting improved production.  It is raining in southern Brazil which will be good for the next crops there. Unica said that Sugarcane harvest was 17 million tons, down 36.8% from last year.

Cocoa: New York and London closed lower on Friday but trends are turning up in both markets. Ideas are that demand will only improve slightly and production in West Africa appears to be good this year. Both Ivory Coast and Ghana are reporting improved weather as it is now mostly sunny with some scattered showers around.  Ivory Coast exports were 3.4% higher for beans and about 2% higher for powder, butter, and chocolate in 2020-21. World economies are starting to reopen after Covid and the open economies are giving demand the boost but the boost has not been as strong as hoped for earlier.  Ivory Coast arrivals are now estimated at 330,000 tons, up 9.8% from last year.  Ghana arrivals are now estimated at 10,951 tons, from 14,485 tons last year.

(Featured image by Oliver_Nguyen via Pixabay)