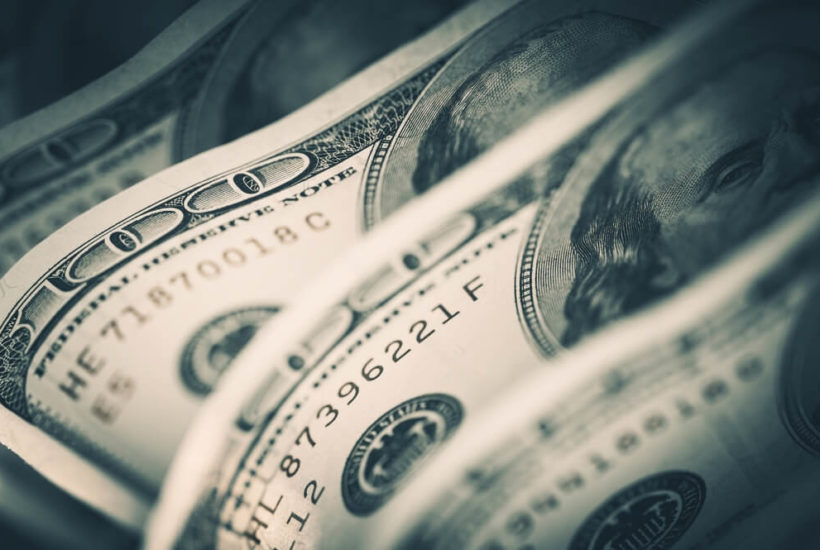 The biggest inflator of our current bubble has been the $13 trillion worth of quantitative easing (QE) courtesy of central banks. Thanks to their significant gift to all but retail investors like you and me, speculation has become the norm.

With higher cash flow and cheaper borrowing rates — all in a slow-growth economy — companies quickly learned that the best way to increase their earnings per share (EPS) was to shrink the number of shares available.

Just look at this. 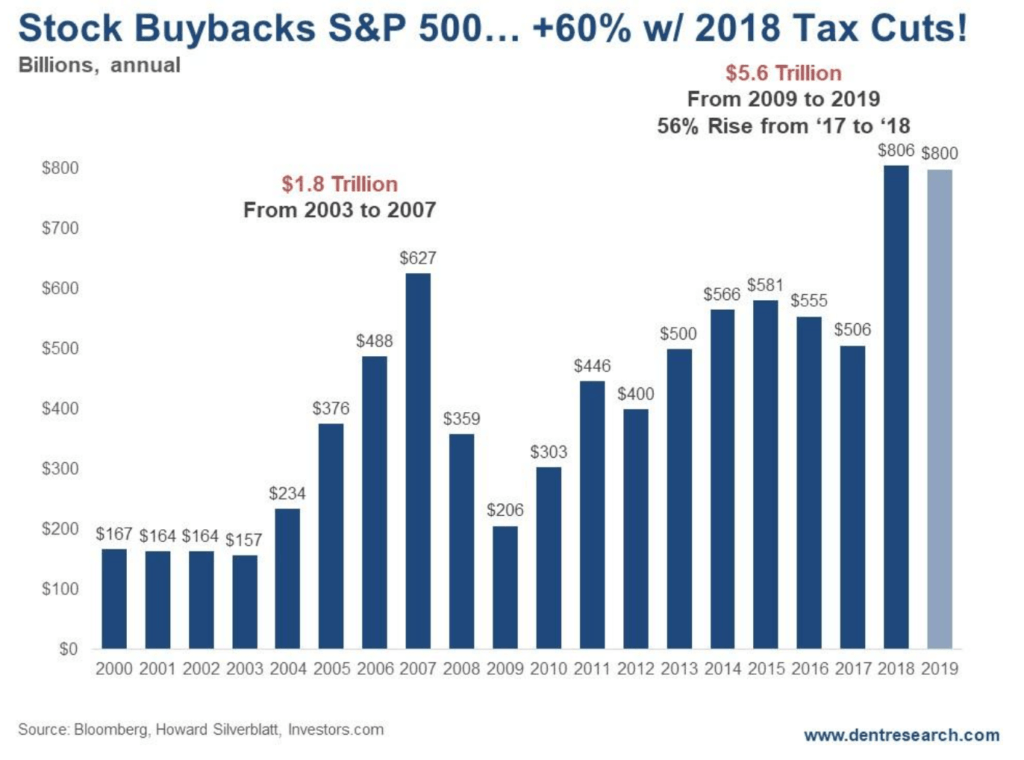 In 2018, Trump added the massive tax cuts to the stimulus plan. That created even more direct cash flow to corporations, who responded with record stock buybacks of $806 billion last year, which was a 56 percent increase over 2017. JP Morgan expects we’ll see about as many buybacks this year. The 2019 number is an estimate. Regardless, it’s insanity.

Since 2009, corporations have done more than 90 percent of net buying in the stock market. As The New York Times accurately describes it, “This stock market rally has everything except [individual] investors.”

Institutional buyers — aka the smarter money — have been net sellers.

Individual investors — you and me — have been neutral while foreign buyers have been only slightly involved in stock purchases.

Rather, the dizzying gains the U.S. stock market has enjoyed are a result of $5.6 trillion worth of stock buybacks over the last decade!

That’s an average of $500 billion per year. It’s no wonder democratic politicians like Senator Tammy Baldwin have introduced a bill to ban open-market stock buybacks. Senators Bernie Sanders and Chuck Schumer are on this bandwagon as well, as Rodney has mentioned before.

The stark disconnection between markets and the economy

The financial asset bubble is, in fact, even greater than the one we enjoyed in the 1990s when the internet was moving mainstream on an S-Curve (as we predicted) and the Baby Boom spending cycle was at its strongest (as we also predicted).

It all just goes to show that this 21st-century market bubble is built on nothing but B.S. And it’s risen so high on all the resultant methane, that the inevitable crash will be mind-numbingly devastating.

Imagine the nightmare the CEOs, CFOs, and boards of executives — stockholders of these companies — face when they realize that they soaked up more than 40 percent of their cash buying back their own stocks at the highest prices and valuations in history.

What the hell are they going to do when they desperately need that cash to survive the greatest economic shakeout since the 1930s?

They’re not going to be laughing all the way to the bank. They’ll be crying, many crawling on their hands and knees.

And their shareholders are going to be pissed!

Who’s the dumb money now? It’s not the shoeshine boys and housewives.

While this bubble experiences its last hurrah in an extreme blow-off rally into the end of this year, make sure you’re taking advantage of the Dark Window opportunities. We’re in the final stretch of this low-growth, stimulus-driven, something-for-nothing, gravy-train ride.

(Featured image by welcomia via Shutterstock)