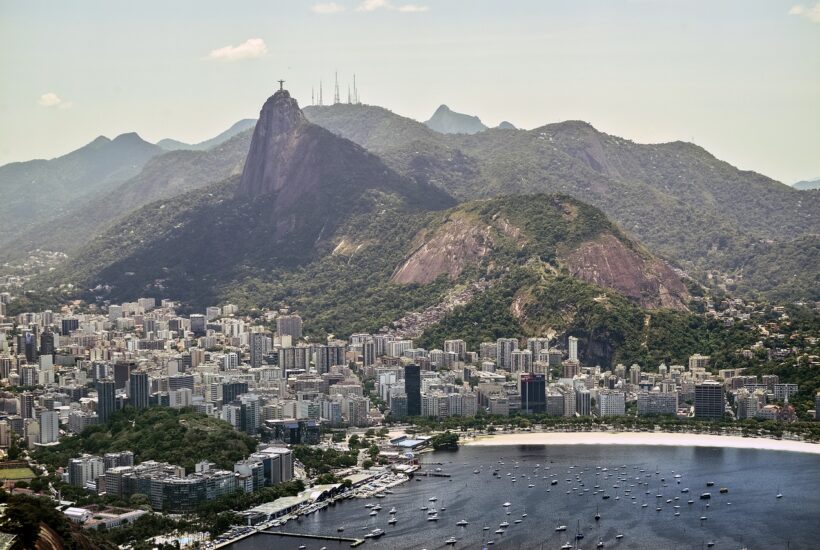 For those interested in investing in the cannabis market, the panel on the third day of the Brazilian Medical Cannabis Congress brought good prospects. Mediated by the economics and business reporter Victor Sena, it had the participation of agents from various sectors that involve the business in the area.

The investment analyst from Empiricus, Enzo Pacheco, has been following this market for 5 years, and brought promising data. “The perspective of movement of the sector until 2026 is US$ 60 billion, and only in 2021 US$ 29 billion were moved with legalized cannabis, being US$ 23.3 billion only in the US,” he explains.

Pacheco believes that the American market is the most interesting for investments, due to the expansion of the legalization of medicinal and recreational use that has happened in several states. He also explains that in this market, cannabis stocks are very much aimed at individual investors, since there is still no legislation at the federal level in the country, which makes some companies afraid.

The attractiveness of cannabis stocks is due to several factors, among them the attractive valuation, in which companies in the area trade their shares for values below those of companies with similar growth, and factors such as the increasing legalization and a population increasingly favorable to legalization, as well as politicians who have produced bills to regulate the area.

Read more on the subject and find the most important cannabis news of the day with the Hemp.im mobile app.

Even though the investment possibilities are very positive, the challenges for those who propose to invest are not small. Founding partner of the fintech company Vitreo, where he is Chief Investment Officer (CIO), George Wachsmann entered this market in 2019, when he realized that there was an interest in cannabis investment opportunities.

His company made the first Brazilian investment fund focused on cannabis, and the questions started at the moment of naming it. The first dilemma, according to Wachsmann, was what name to give the product, for fear of the media and public opinion’s reaction to the connection with cannabis. The name chosen was “Cannabinoid”, and already in the second background launch, with another trust, the baptism was “Active Cannabis.”

Legal doubts and insecurities with financial operators were also part of the process, and at one point in the change of fund management they even hired a criminal lawyer to get an opinion that they were not committing any crime.

Waschmann sees a lot of potential in the growth of the market and encourages anyone who can, to become an investor in it. “I have no doubt where this market is going, we are just at the border, scratching the potential that this market has,” he said.

Favorable exchange rates are a necessity for patients and companies

The high exchange rates and the prospect of helping patients and companies in the cannabis market, led Felipe Paiva, from Money Transfer Expert at Abrão Filho Banking & Exchange, to propose to the company where he works to become active in the cannabis market. The reception was positive, and currently they serve both individuals, who need to pay a medical cannabis supplier in foreign currency, and companies that perform the intermediation between the patient and the product.

According to Paiva, the work is built by performing exchange structuring in the best way, so that the values arrive at their destination abroad as legitimate operations and within the law, so that there are no complaints.

The diversity in the cannabis market and the way various companies are trying to make the market inclusive was addressed by Paiva, who believes that collective work is needed. “If we want to leverage the market, bring inclusivity we need to give opportunity to the small guys, what the small entrepreneur has created, to the start-ups, to the associations,” he said.

Uruguay brings lessons and growing market with the legalization of cannabis

A pioneer country in the legalization of cannabis in the world, Uruguay already has a more structured market that, besides providing legal security, regulates harvesting and production, creates public policies for harm reduction, and encourages its development through research and funding. Facundo Fernández Guerra, Commercial Consul of Uruguay in São Paulo, portrayed the current picture of his country after the legalization of the recreational, medicinal, and industrial use of cannabis.

According to Guerra, there is a growth in the sector in Uruguay. “Currently there are 120 companies in the sector in the country, 80% of which are small or medium-sized and generate more than 1,000 direct jobs. In the year 2020, $7.5 million was generated for the country with the export of cannabis products,” he reports.

The country may not be the only one in Latin America to have economic benefits from the use of cannabis. For Guerra, there are many advantages for the development of cannabis in the continent, such as experience in agricultural production, productive climate conditions, and a consumer market with great growth potential.

And realizing a field of expansion of investments, André Neumann, executive and entrepreneur, founder of Blooming, conducted studies to found his company in Uruguay. Since 2019, Blooming is a licensed company specialized in the cultivation of medical cannabis in greenhouses in the country.

Neumann pointed out that legal certainty and incentives for investors are points of attraction for investments in the country, and explained the operating process of his company. “We have a sophisticated greenhouse cultivation, with environmental control, and unlike other productions, we have three harvests per year,” he said.

The businessman also said that financial operations are still difficult, but not impossible, because, as is known, not all foreign banks accept to operate in the cannabis market.

(Featured image by LhcCoutinho via Pixabay)