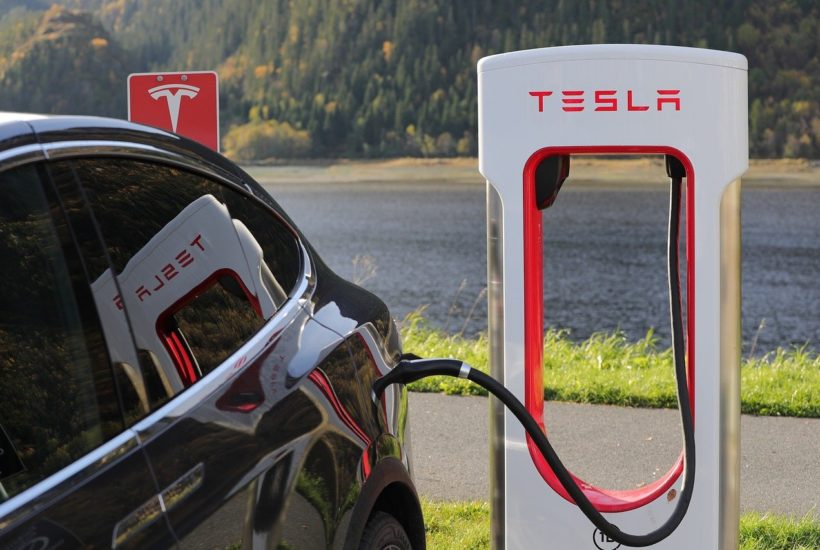 If 2020 is going to be remembered for anything besides Coronavirus, it’s going to be the incredible gains Tesla (NASDAQ: TSLA) generated for its investors and CEO, Elon Musk. But, while some of this price action was likely driven by cultish retail investors sacrificing their stimulus cheques at the altar of Musk, there was a bit more to it than mere hype. Tesla is a $780+ billion company after all, and a handful of retail investors aren’t going to move that sort of market cap so easily. And let’s not forget that Electric Vehicle (EV) sales have also increased by 40% in 2019, and are showing no signs of slowing down. So yes, Electric Vehicles are a booming market; Tesla and its Gigafactory plants do stand to profit handsomely. However, there’s a whole lot more to the story than just Tesla. As the evolution of the industry plays out, plenty of other big-time winners will emerge, including future Gigafactory suppliers like Global Li-Ion Graphite Corp. (CSE: LION).

EVs are big, but so is crypto: Tesla buys $1.5 billion worth of bitcoin as Global Li-Ion launches crypto graphite token

Crypto was another 2020 mover and shaker that’s continuing to generate a lot of sustained interest as we settle into 2021. And while the headlines have been dominated by Bitcoin (CCC: BTC-USD), the growing interest in crypto isn’t limited to it; everything from other serious contenders like Ethereum (CCC: ETH-USD) through to practical-jokes like DogeCoin (CCC: DOGE-USD) have been hit by the rapidly growing crypto market.

Naturally, as regulators begin to take crypto seriously, it only follows that corporate interest in it is going to grow. And while Tesla might have been the one making all the headlines thanks to Elon Musk’s PR power, it’s not the first publicly listed company to dedicate serious amounts of cash to crypto. Even before Tesla came out with its announcements, other listed companies like Galaxy Digital Holdings Ltd. (TSX GLXY) and MicroStrategy Incorporated (NASDAQ: MSTR) were pouring resources into it. In fact, Tesla’s $1.5 billion in Bitcoin doesn’t look quite as  remarkable when compared to Galaxy Digital’s holdings of $770 million worth. More impressive still, Tesla’s stake in Bitcoin looks absolutely paltry next to MicroStrategy’s estimated $3 billion worth of Bitcoin holdings.

But, in much the same way that Tesla’s and EVs, in general, are only at the very beginnings of their journeys into the mainstream, crypto acceptance is still only a spot on what most analysts are predicting for it by this decade’s end. And it’s not just cryptocurrency that’s set to grow; some of the biggest growth to come is in other blockchain technologies like tokenized assets.

Thus, it should come as no surprise that Global Li-Ion is also joining the crypto game and launching a commodity-backed e-metal graphite token using blockchain technology. Rather, the real surprise is that there aren’t more companies doing so right now. Given cryptos numerous advantages like low- to no-cost instantaneous cross-border transactions and guaranteed transparency, tokenized assets, and smart-contracts, are an inevitably of the future trade landscape.

But why a graphite token? EV growth pushing Tesla towards 40 Gigafactory facilities as Shell rapidly expands its charging stations

More than just battery production facilities, Tesla’s Gigafactory plants are amongst the biggest buildings in the world. At that size, a new Gigafactory is only warranted if there is a significant growth in battery demand. And demand is growing. Rapidly. Even with the fourth Gigafactory already underway (which is expected to be the biggest building in the world), leading auto industry manufacturers like VW estimate a need for at least 40 Gigafactories by 2025 to stave off battery supply shortages.

And other affected companies are also starting to see the writing on the wall. Just this last week, Royal Dutch Shell (NYSE: RDS-A, RDS-B) revealed it intends to rapidly expand its EV charging point network over the next four years. With plans to roll out 500,000 charging points by 2025, Shell’s move is a strong indication of the huge momentum in demand growth for Teslas and other EVs.

But all of this activity still leaves one big question to answer: where will the materials for all these batteries come from? The answer, of course, is from battery metal miners, and a key mineral here will be Graphite, which is set to experience a 1500% increase in demand by 2030. And this is precisely why Global Li-Ion has gone ahead with its investment into tokenized graphite using blockchain technology; it is the perfect combination of a hotly demanded commodity with a hotly demanded technology.

While it’s undeniable that the future is looking exceedingly bright for Tesla, that doesn’t necessarily ring true for late-to-the-party shareholders. Following on from the attention it received in 2020, a great deal of its future growth has already been priced into its current levels, and it is now trading at a ridiculously PE of 1700. For comparison with another big name 2020 mover, Amazon.com, Inc. (NASDAQ: AMZN) is sitting around about 100.

SEE ALSO  When should you undergo a rebranding?

Also worth mentioning is Tesla’s investment in Bitcoin. Unlike commodity-backed cryptos or highly-liquid traditional currencies, Bitcoin’s price is, for the foreseeable future, prone to massive volatility. This, in part, ties Tesla’s stock to a volatile asset as an estimated 12% of its cash reserves are now tied up in Bitcoin. A return to March 2020 Bitcoin price levels would mean that as much as 10% of Tesla’s cash reserves are wiped out from under its nose. And while this won’t be enough to break Tesla’s back at a fundamental level, such a move could be enough to wipe out confidence in its currently inflated price for a good few years.

On the other hand, Global Li-Ion’s foray into the crypto world through its partnership with Swiss EMX does nothing to increase its exposure to volatility. As an exploration and mineral development company focused on the booming graphite market, the only additional exposure it has taken on is to the upside as tokenized e-metals and smart contracts become increasingly demanded. These factors combined should position Global Li-Ion well ahead of Tesla for investors seeking out growth stocks to capitalize on the EV and crypto boom.

(Featured image by Blomst via Pixabay)