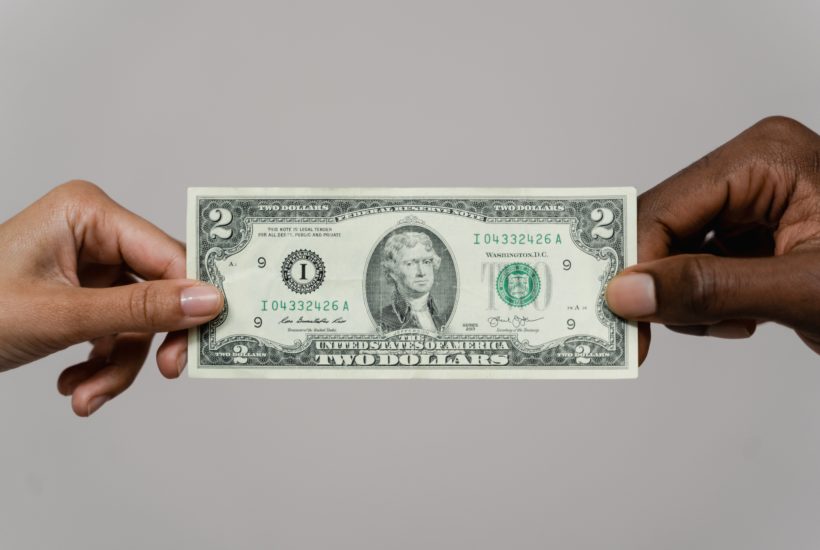 The U.S. economy is already deteriorating due to the humongous fiscal and monetary cliffs. These cliffs are now being compounded by the war in Eastern Europe and near record-high inflation. And, the Fed’s “PUT” is much lower and smaller in size than Wall Street believes.

The war in Ukraine will exacerbate the negative supply shocks that are already in place due to COVID-19. Worsening bottlenecks will combine with rising inflation to produce a contraction in global growth. Russia produces 12% of the world’s oil supply and exports 18% of the world’s wheat consumption. Ukraine accounts for 25% of global wheat production. Sanctions and war will serve to slow the economy further and send prices for these vital commodities even higher.

But the upcoming recession will be extraordinarily unique. Not only will it occur while inflation is at a multi-decade high, but it will also be the first U.S. economic contraction to take place while the Federal Reserve had its target interest rate at or near zero percent. For comparison, look at how much room the Fed had to reduce borrowing costs during previous economic contractions.

In addition, the swoon in GDP will occur after the Fed has just finished printing $4.5 trillion over the past two years and with the national debt vaulting over $30 trillion due to the massive increase in government deficits in the wake of the COVID-19 pandemic. Such borrowing helped send the government’s debt to GDP ratio soaring to 125%. For perspective, that ratio was just 53% back in 1960, and only 58% as recently as 2000.

Inflation is destroying real wages, and rising borrowing costs are destroying consumers’ ability to consume. Consumption is 70% of GDP, and that means the rate of economic growth is set to plunge. This would normally spur the government into remediating action. But the fact remains that the ability of the Treasury and Federal Reserve to turn around a recession expeditiously by borrowing trillions of dollars and having that debt monetized by the Fed has become greatly fettered this time around.

Mr. Powell is in a conundrum that is mostly of his own making; and from which there is no innocuous outcome. If the Fed gets overly concerned about slowing GDP due to the conflict in Ukraine, it could, for the most part, shelve its plans to raise rates and the planned reduction in the size of its balance sheet. But that would risk propelling inflation even further away from Powell’s stated 2% target, which he has exceeded by 3.75x. Inflation expectations could then rise intractably from there. In other words, doing nothing isn’t a viable option for Mr. Powell–not with inflation running at a 40-year high and the WTI oil price vaulting above $110 per barrel.

Commodities are indeed soaring, but the inflation doesn’t end there; rents have soared by 20% year over year, which is closer to the actual rate of inflation, rather than the massaged 7.5% CPI reported by the Labor Department. If inflation were to continue to increase even close to that rate, it would push those in the middle class into the lower class; and those in the lower class into poverty. Of course, this would end up destroying markets and the economy anyway. It could also put at risk confidence in the U.S. dollar and sovereign bond market.

Therefore, the Fed is now forced to combat inflation whether it really wants to or not. At the nucleus of the inflation issue are runaway owners’ equivalent rent costs, which at 30%, make up the greatest weighting in the CPI metric. But to tackle owner’s equivalent rent inflation, Mr. Powell must first pop the record-setting real estate bubble. The negative ramifications of accomplishing this task for the banking system and economy will be enormous.

Nevertheless, if Mr. Powell prosecutes his plan to raise rates six or more times this year—just as the Fed destroys the money supply by shedding a trillion dollars in Treasuries and Mortgage-backed Securities–the upcoming recession could quickly morph into a depression.

So, which is it, Mr. Powell? Keep monetary policy loose and risk an intractable rise of inflation and the complete loss of confidence and credibility of the central bank. Or tighten monetary policy enough to deflate the massive bubbles in bonds, real estate, and equities. Either strategy is now destined to end in disaster for the market and economy.

Such are the consequences derived from the Fed counterfeiting trillions of dollars for the purpose of distorting and obliterating free markets.

The bottom line is this: the view of Pento Portfolio Strategies is that the Fed will now be forced to tighten monetary policy into one of the greatest decelerations of economic growth and earnings ever. A great defense is always a requirement in a winning portfolio strategy.