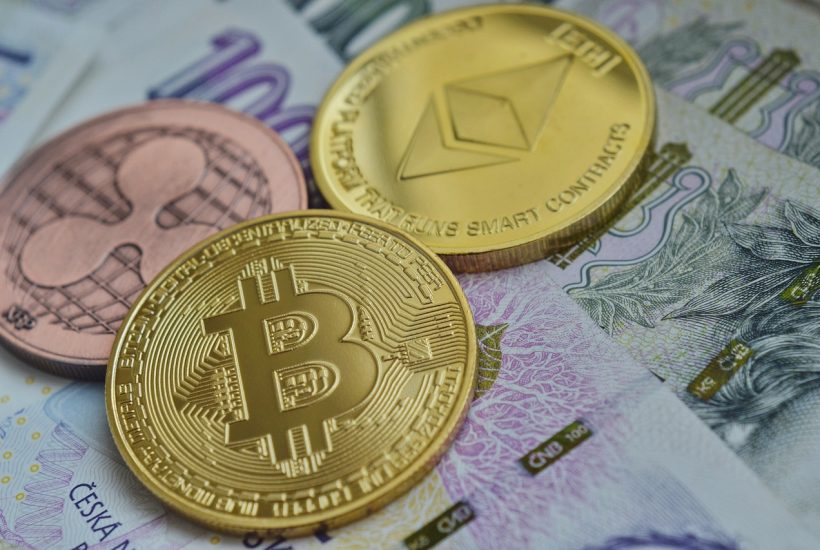 The cryptocurrency market is starting the year in a better way, Bitcoin has reached the $16,500 level. However, with the US indices and the UK stock market closed on January 2nd, the rally may prove short-lived and much will depend on the atmosphere on Wall Street in the coming days.

The volatility of Bitcoin, as well as that of the other major cryptocurrencies, dropped considerably in the last two weeks of December. ‘The King of Cryptocurrencies’ is back around $16,750 on January 2nd, Solana is gaining almost 11% and trading near $11, and Vitalik Buterin’s comment has stopped the downtrend.

Read more about the crypto market and find the most important financial news of the day with the Born2Invest mobile app.

The crypto sector around the world

Australia has displaced El Salvador in terms of installed ATMs, the current number of them is 219 compared to 212 in El Salvador, a country that ranks 4th worldwide in this regard. The place on the podium just above Australia is occupied by Spain, with 225 crypto ATMs, however, in this country the installation of more does not advance at a pace comparable to Australia. The total number of crypto ATMs installed worldwide, cited by some as one of the signs of increasing adoption, is 36,602, of which 6,071 were installed in 2022.

In Nigeria, due to growing interest in cryptocurrencies and the CBC e-Naira, the government’s experimental digital currency, the central bank has imposed a withdrawal limit of $225 per week from ATMs.

In Brazil, a record number of companies, more than 12,000, have reported cryptocurrencies on their balance sheets to tax authorities.

According to CertiK data, cryptocurrency hacking activity in December 2022 fell to yearly lows, stealing a total of $62 million.

Former CEO of PayPal (PYPL.US), hired as a cryptocurrency specialist at Meta Platforms (META.US), David Marcus now runs a startup processing BTC payments. However, he estimates that the cryptocurrency boom will not continue until well into 2023 or even 2024, with the end not yet on the horizon.

Concerns about the upcoming cycle were also expressed by Coinbase CEO Brian Armstrong, who indicated that it will take longer to improve sentiment towards the market, which drew record attention from scammers and fraudulent entities in the previous bull market.

With Bitcoin’s record correlation to the S&P 500 in 2022, some analysts expect institutions that are risk-averse to potential deeper declines in the index will be forced to remove their exposure to the cryptocurrency market altogether, potentially triggering another cascading sale off even if the domino effect of Luna and FTX ends. The vast majority of funds investing in the cryptocurrency market come from the US.

Map of cryptocurrency market highlights in 2022, showing how the market capitalization has declined from $2.5 trillion in fall 2021 to just $800 billion

Looking at the profit/loss ratio of the last bull market and the previous one, we see a similarity between the two cycles. As in 2018, investors have so far posted losses amounting to almost 50% of the gains made in the bull market. In the 2020-2022 period, the gains and losses have roughly quadrupled from 2017-2019.

Bitcoin volatility is falling back to record levels, which has historically heralded a sharp jump in volatility. It may be helped by the market environment opening the new year as investors and institutions take new positions. The 7-day moving average has approached levels between 22 and 28%.

The amount of BTC held by statistically reluctant long-term investors has again hit all-time highs, confirming the growing interest from investors with a longer investment horizon and possibly heralding a potential supply shock if Bitcoin heads toward the lows. $20,000 in Q1 2023.

Information provided by Vitalik Buterin on Twitter helped Solana recoup some of his losses, the cryptocurrency is gaining almost 12% today as investors are also encouraged by the positive rally in Bitcoin, which is heading towards $17,000 again.

First published in xtb, a third-party contributor translated and adapted the article from the original. In case of discrepancy, the original will prevail.