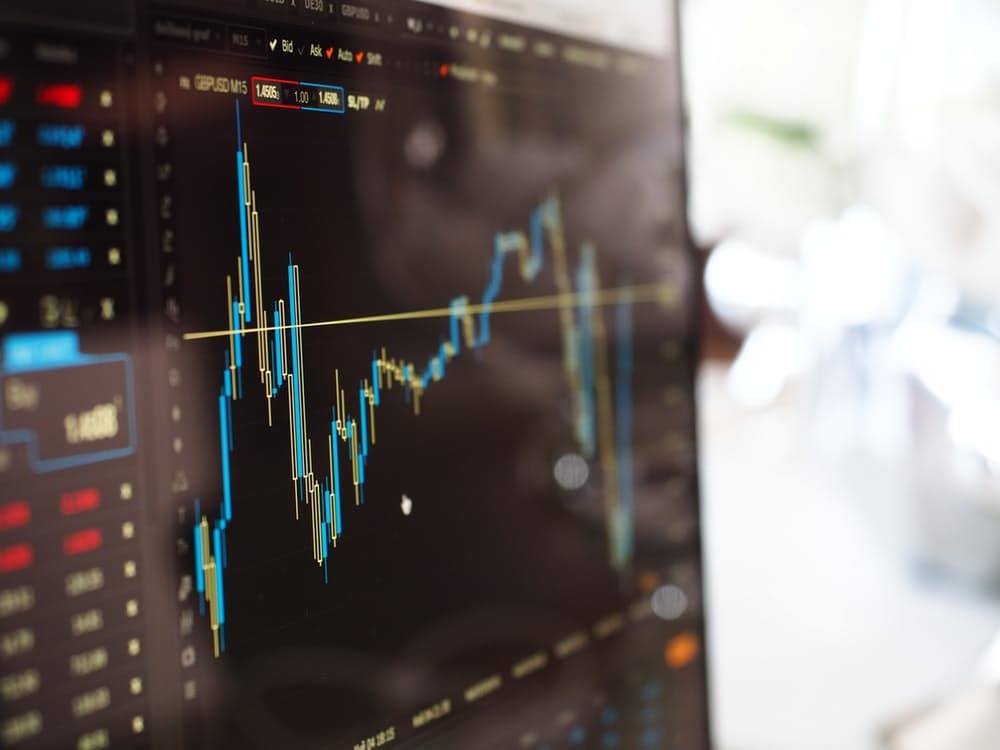 Volatility gets a bad rap.

The media typically portrays it as the financial world’s evil villain personified, saying things like…

“Volatility is striking fear into the heart of the masses.”

You can almost picture the CGI monster Hollywood would create – the “Volatility Viper” – with its ten snakeheads and blood-dripping fangs, snapping at Wall Street suits as they run for their lives.

And after reading enough of this fear-laden commentary on volatility, it’s easy to understand why ordinary investors have become conditioned to fear and avoid it – at any cost!

We’re told to worry about volatility when it’s too low since that suggests investors are being too complacent – aka, idiots with their heads in the sand.

We’re also supposed to worry when it’s shooting higher, almost as if volatility itself is the cause of the stock market’s drop that day – (Psst: it’s never the cause!)

And even though investors have been clamoring for smooth-sailing investments for years now – as evidenced by the huge amounts of money flowing into “low volatility” stock ETFs – I’m going on record today, to say:

You should put your money to work in high-volatility investments if you want to grow your nest egg into a small fortune.

Although, before I explain why, and how, I want to tackle the three biggest lies you’ve been told about volatility. They’re lies that, if you believe them, are already costing you a fortune.

As I told the beta-testers of my new 10x Profits service back in December: Volatility is neither “good,” nor “bad,” – it just “is.”

It’s a simple numerical measure that describes to what magnitude a stock or ETF typically moves – either up or down.

But for some reason, you never hear the financial media talk about upside volatility.

But when Whole Foods Market (NYSE: WFM) jumped 20% higher over the same two days… I bet you couldn’t find a single headline that read: Volatility Praised for Boosting Whole Foods 20%.

My point is… volatility gets all the blame when it strikes on the downside and none of the credit for above-average sized moves on the upside.

SEE ALSO  The fintech company TuCuota.online is expanding to Uruguay

Bottom line: you need some high-volatility investments in your portfolio if you want to earn big profits.

Now, let’s turn to the biggest lies told about the most-heavily traded “volatility ETF” in the world… the infamous VXX.

2. VXX “hedges” the risk in stocks

The iPath S&P 500 VIX Short-Term ETN (NYSE: VXX) hit the market in 2009 with a simple and convincing pitch: buy it to “hedge” the risk in your stock portfolio.

Simply put: VXX is designed, in general, to go higher when volatility goes higher. And since volatility tends to rise when the stock market falls… it was billed as an easy way for everyday investors to buy “portfolio insurance.”

Well, that hasn’t actually worked out so well.

Take a look at this chart, which shows the percentage change of VXX since its January 2009 inception: 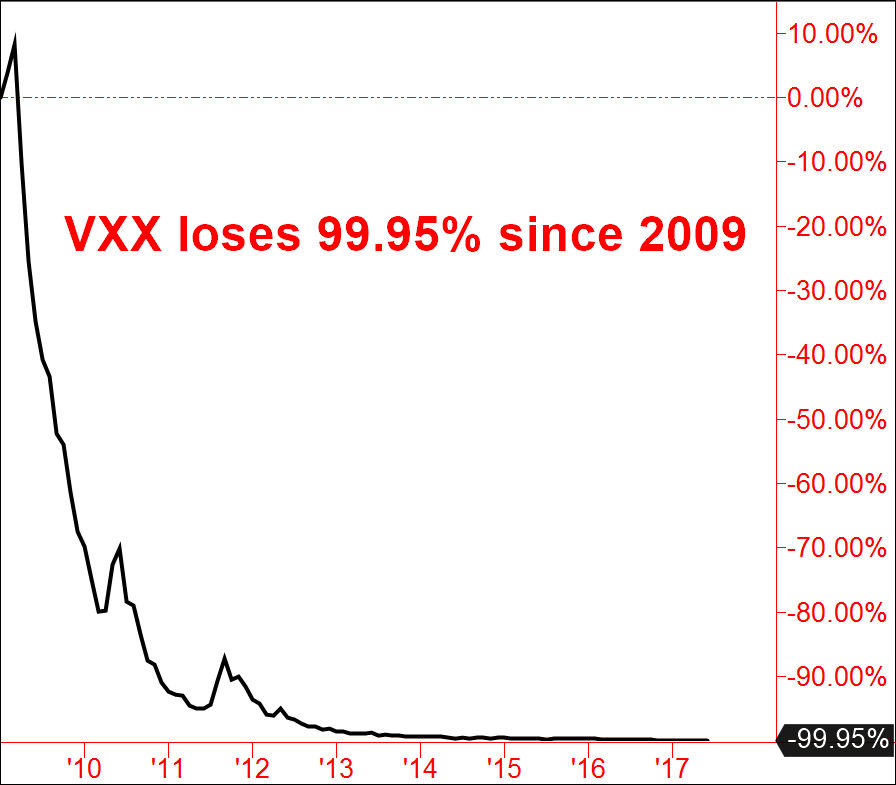 Not only has VXX not worked well as a “hedge,” it’s been an incredibly powerful wealth destroyer… completely duping unsuspecting investors who thought they were being prudent by buying and holding it.

Now, it didn’t take long for people to figure out VXX was problematic for ordinary investors. It went into freefall almost immediately – losing 66% in 2009 and 72% in 2010.

Like volatility itself, VXX, and its counterpart “inverse volatility” ETF, XIV, are not inherently “good” or “bad.”

It all depends on how, and when, you use them.

You see, while shares of VXX have absolutely cratered alongside rising stock prices… shares of XIV are up nearly 800% since their November 2010 inception.

Now, even though both XIV and VXX have produced some truly amazing profits – if you had bought the former, andsold shortt the latter – I’ll be the first to echo the warnings of many opponents of these volatility products.

SEE ALSO  The status of crypto in US and China

First, these are NOT “buy-and-hold” investments.

And second, unless you’re a professional, you should NOT try to “go it alone” with them.

I’ve been studying and trading financial markets for well over a decade now. And I’m convinced that volatility products are truly the next best thing since sliced bread… but only if you know how, and when, to use them.

In fact, that’s pretty much been my sole focus over the past two years… researching what I call volatility “booms and busts,” and how to trade them.

Since last December, a small group of beta-testers have been test-driving my model, which simply tells us:

•When to go long volatility (with a purchase of VXX), and

•When to go short volatility (with a purchase of XIV).

My research tells us if we’re in one of the market’s three “safe” environments… environments that have historically led to annualized returns as high as 151%, from XIV (our “inverse” volatility ETF).

And it warns us when there’s “trouble ahead” – when volatility is poised to rocket higher. When that happens, we make a simple switch into VXX, which returns 51% annualized – for short periods of time – when my model flashes its warning signal.

Remember, even if the financial media would rather keep you scared and timid… volatility isn’t “bad,” and attempting to avoid it at any cost is, in fact, probably costing you a small fortune!

Instead of running from it, you should embrace volatility… and learn to trade its booms and busts like a pro.