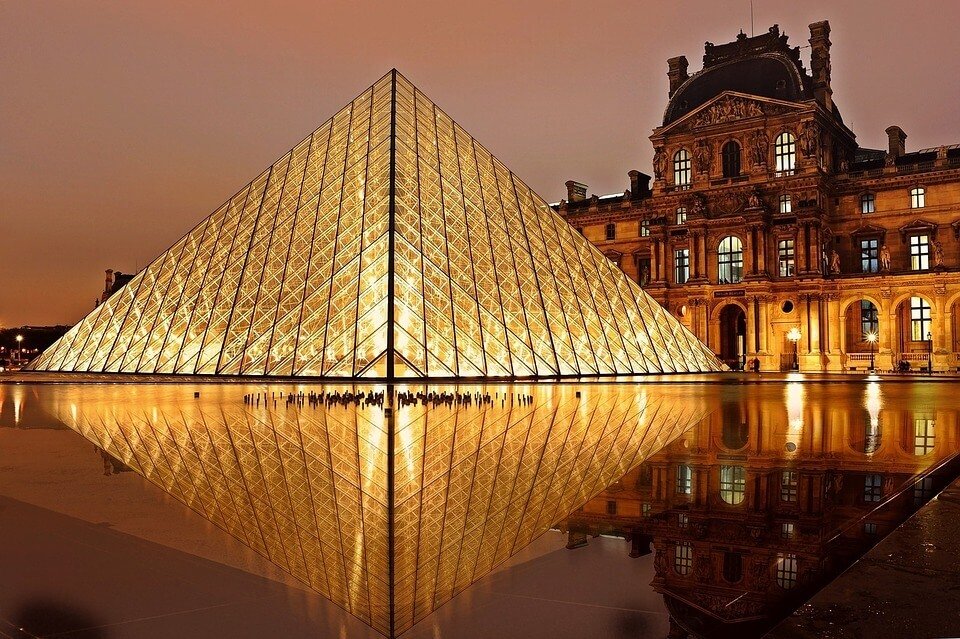 In Paris for a few days? The city of love has much to offer and it will not leave you disappointed. Paris is just as enticing as all the movies portray it to be and it has a very special atmosphere. As the French would say, it possesses a certain je ne sais quoi.

In order to have spare time left to actually enjoy Paris after all the sightseeing, you must plan ahead. The countless amount of museums and landmarks you simply have to see will take up a sufficient amount of your time.

Also, keep in mind that Paris is quite big. It is impossible to visit and do everything if you’re there for just a few days. Putting things into perspective—if you’d like to visit all the different halls of the Louvre, it will take you several days.

A very useful tip if you’re visiting Paris is to get on one of the “hop on-hop off” tourist buses which are very popular around the city. Some of them include boat rides on the Seine river as well, so you’ll definitely get your money’s worth. While on the bus, you’ll get to hear about the story of each landmark you pass while enjoying the remarkable Paris scenery.

The arch is probably one of the most famous monuments of Paris. The iconic arch was constructed after Napoleon won the infamous battle of Austerlitz in the 19th century. The monument itself symbolizes the courageous spirit of the French and their victories. 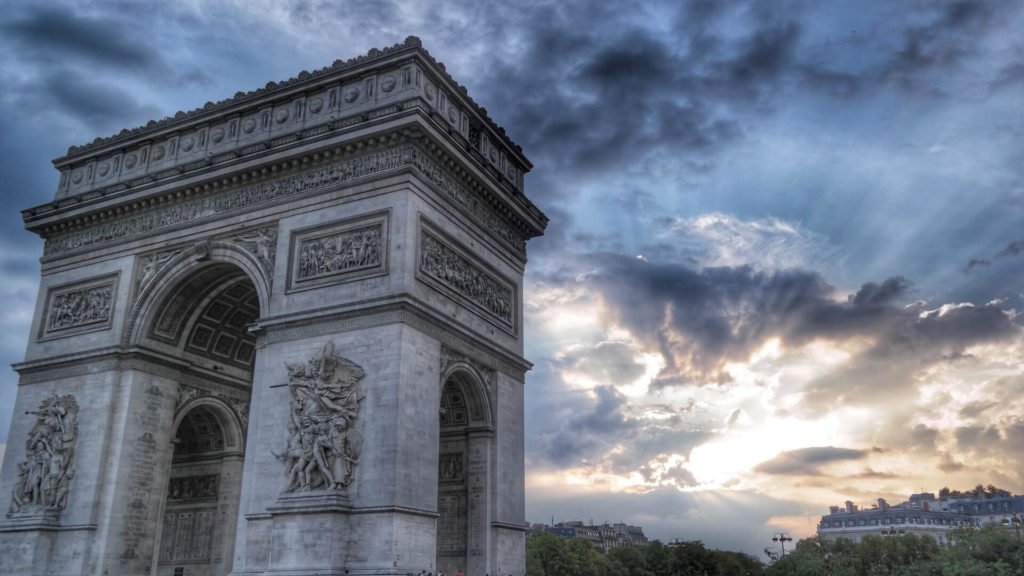 The Arc de Triomphe (pictured) is considered a symbol of courage and triumph of the French. (Source)

When Napoleon entered Paris a few years after he had given orders to construct it, the arch was still not finished and the architect who was on the project had to present a wooden mock-up of the arch because he didn’t want to disappoint the emperor. The Arch took longer than expected and was finally finished after Napoleon had passed away, some 30 years after he demanded it is built.

Today, right underneath the arch, you will also find the Tomb of the Unknown Soldier—an eternal flame burning in memory of all those warriors who remained unidentified from both World Wars.

The Arc de Triomphe is located at one of the endpoints of Champs Elysees. 12 beautiful avenues start from the arch and the scenery from above is simply breathtaking. If you have the chance (and the time) to get to the top, you should make your way to the highest point. You will be startled by the view!

Boat ride on the Seine

One of the most efficient things you can do if you want to see as much as possible would be to get on one of these boat cruises which go every 30 minutes or so. That way you’ll get to experience the whole city from a very different angle and you’ll be able to visit the most important spots while on the go. 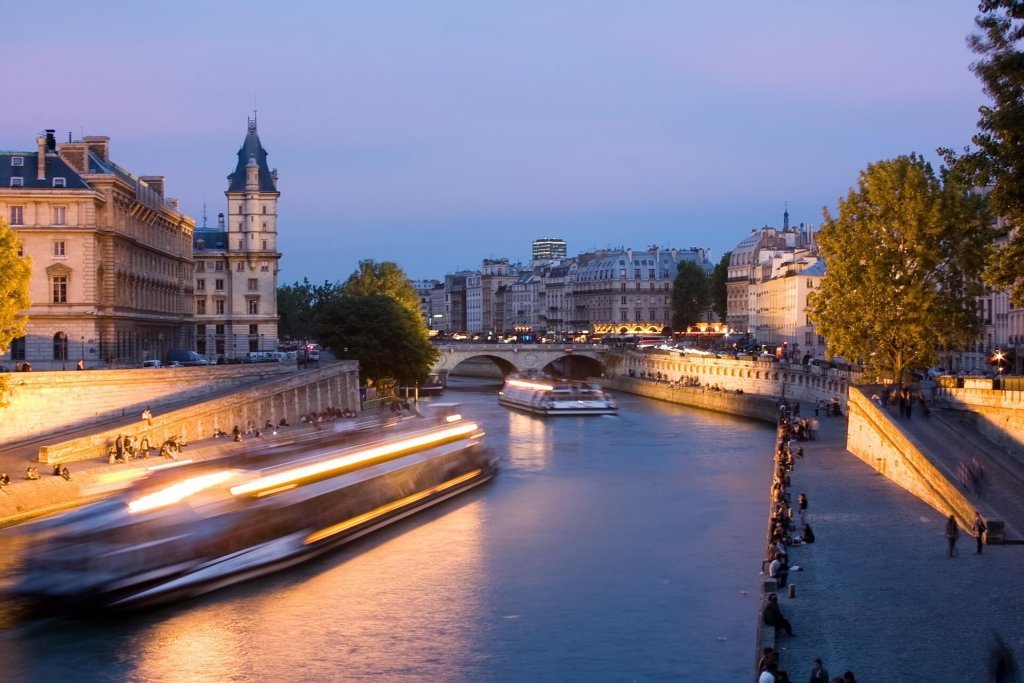 Enjoy the streets of Paris in a different perspective while cruising the Seine River. (Source)

Some of those include the Notre-Dame de Paris, The Eiffel Tower, The Musée d’Orsay (where you’ll find the works of many impressionists), The Louvre and Champs Elysees.

The best part is that you decide on which stop to get off and how much time to spend where. All you need is your travel book to guide you a bit better about each monument you visit and you’re pretty much set.

In the meantime, you can enjoy the breathtaking view from the cruise boat and soak in the Parisian center without having to make your way through crowded streets filled with tourists.

The city feels calmer that way and you can indulge in the gorgeous surroundings, pretending to be a Parisian royalty from the middle ages while observing the impressive castles and buildings around. Joie de vivre!

This is where you go to think, observe Paris from above and pray in the impressive Basilica that sits on top of the Montmartre Hill. Even though it’s a touristic area, many go there to visit the church, meet with friends and listen to locals perform heartwarming Parisien songs while enjoying the epic view.

The Basilica, situated on the highest point in the city, the Montmartre Hill, is created to honor the Sacred Heart of Jesus. The church holds a lot of cultural and political meaning to Parisiennes. 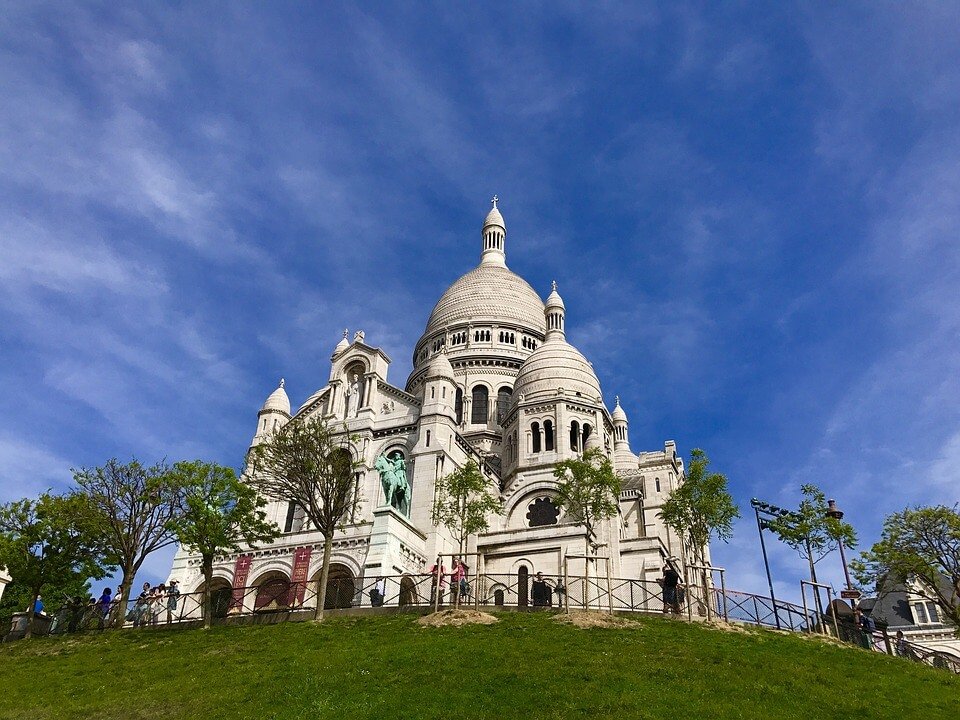 The influential design of the Roman Catholic church will persuade you to go inside and explore.

When entering the church, there’s a big possibility you will encounter plenty of tourists, however, you are able to attend a Mass or simply sit down and stare in awe at the large image/iconography of Jesus on top of the church ceiling. Or if you’d prefer to climb to the top and enjoy an even more exceptional view of Paris, you can enter the top dome of the Basilica and observe a beautiful the city from high above.

The medieval Catholic cathedral is in the central part of Paris. The church is quite impressive from the outside as well as from the inside. Notre-Dame was built in the 1100s and it was a church meant for the “Kings of Europe.” Some of the initial Catholic elements and imagery inside have been destroyed during the French revolution, however, restorations have taken place since. 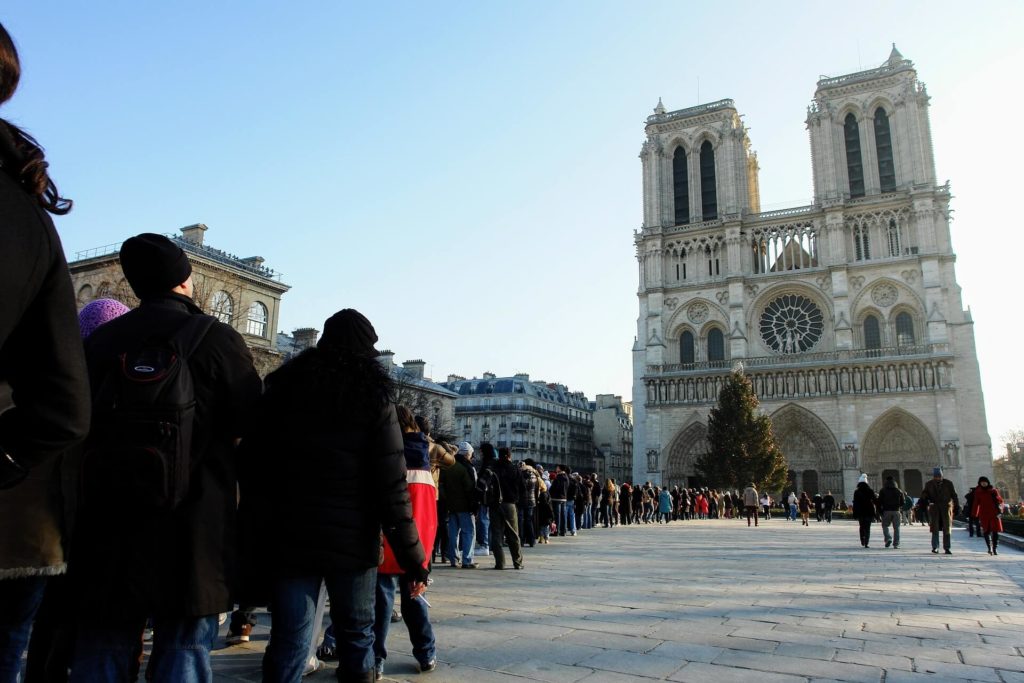 People line up to see and visit the Notre-Dame de Paris. (Source)

Given that Notre Dame is a very popular spot for tourists, when entering the church you might have to make your way through plenty of people, especially if you decide to visit during peak hours. That’s why it’s advisable to go there earlier in the day in order to avoid the crowds. That way you can enjoy the beautiful church in peace. If you’re lucky you might even catch one of the services being performed. In case you’re feeling adventurous, you can climb the 387 stairs in the cathedral to get to the top and experience another bird’s eye view of the city.

Ever been a part of a fairytale? Once you enter the Jardin du Luxembourg, you’ll sure feel like you’re in one. Just make sure to pick a sunny day.

The gardens are stunning and the scenery will be ideal for pictures, contemplating life or simply trying to feel like a Parisienne on a day off. 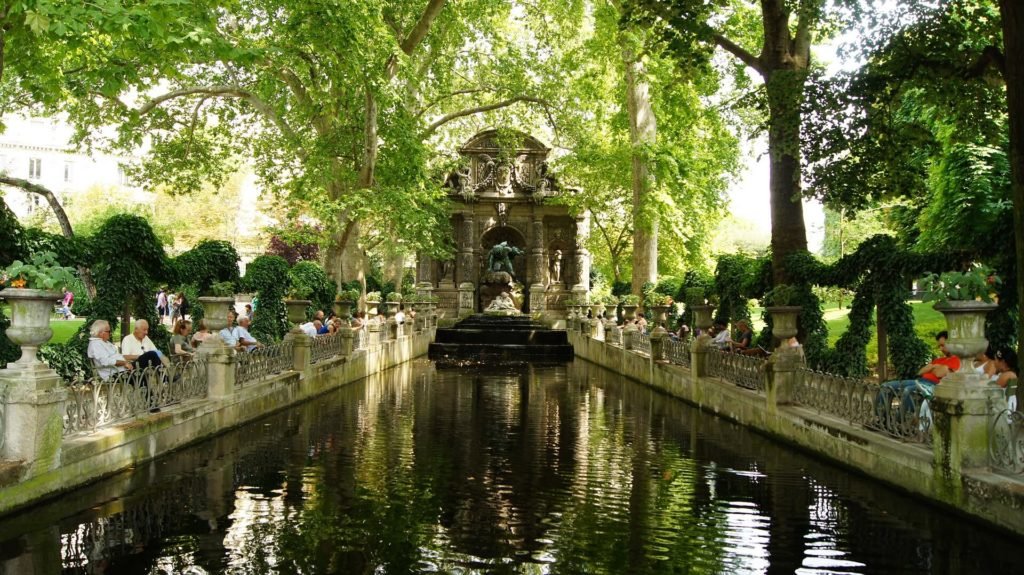 The idyllic Luxembourg Garden is ideal for a quiet stroll, picture-taking and reflecting on life. (Source)

The garden was created by Marie de’ Medici for the Luxembourg Palace, which can be found at the beginning of the garden.

There’s plenty of monuments and statues of artists, writers, famous women of France and other important public French figures. Taking a stroll through the rich gardens will inspire you and better your mood for sure.

To some level, they slightly resemble the Schonbrunn gardens in Vienna. Nevertheless, the fact that you can see the Pantheon from there makes it that much more appealing of a spot. Locals usually go there to jog, read a book or walk around while indulging into the beauty the place has to offer.

Veselina is a passionate traveler, a tech enthusiast and a marketeer. She's been helping startups achieve their marketing goals by dealing with social media management, content marketing and community building. Previously a contributor to The Next Web and currently an adventurer at heart, she now continues to spend her time traveling, exploring the best life has to offer and working in the tech sector. Feel free to shoot her a message if you ever have a question!