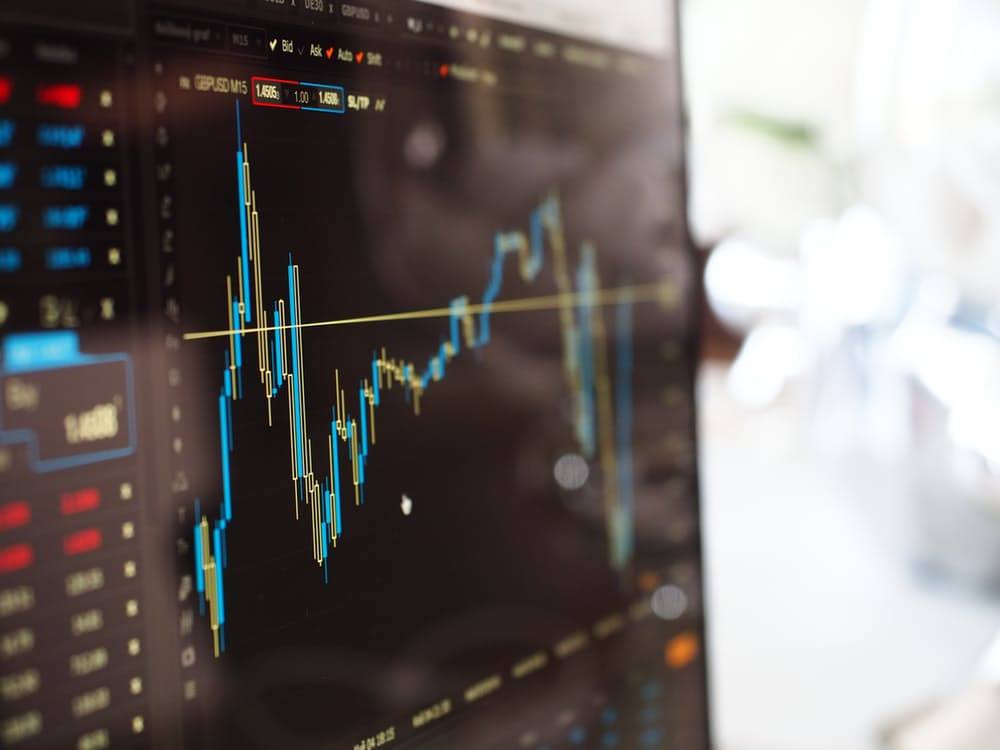 In this article, I will present a formula that can be used by investors to create a winning large-cap high-yielding dividend growth portfolio. The following screen shows such a promise. I have searched for Russell 1000 companies that pay very rich dividends with a low payout ratio. Those stocks also would have to show a dividend growth in the last five years. The Russell 1000 index is composed of about 1,000 stocks of the largest companies in the U.S. stock markets. This index contains over ninety percent of the total market capitalization of all stocks listed in the United States. 18 years back-test of the formula has given an average annual return of 11.56%, while the average annual return of the Russell 1000 index during the same period was only 3.86%.

The screen’s method that I use to build this portfolio requires all stocks to comply with all following demands:

1. The stock should be included in the Russell 1000 index.

7. The twenty stocks with the highest ranks according to the Dividend Factors ranking system among all the stocks that complied with the first six demands.

I used the Portfolio123’s screener to perform the search and to run back-tests according to these conditions. After running this screen on January 28, 2017, I discovered the following twenty stocks, which are shown in the table below. 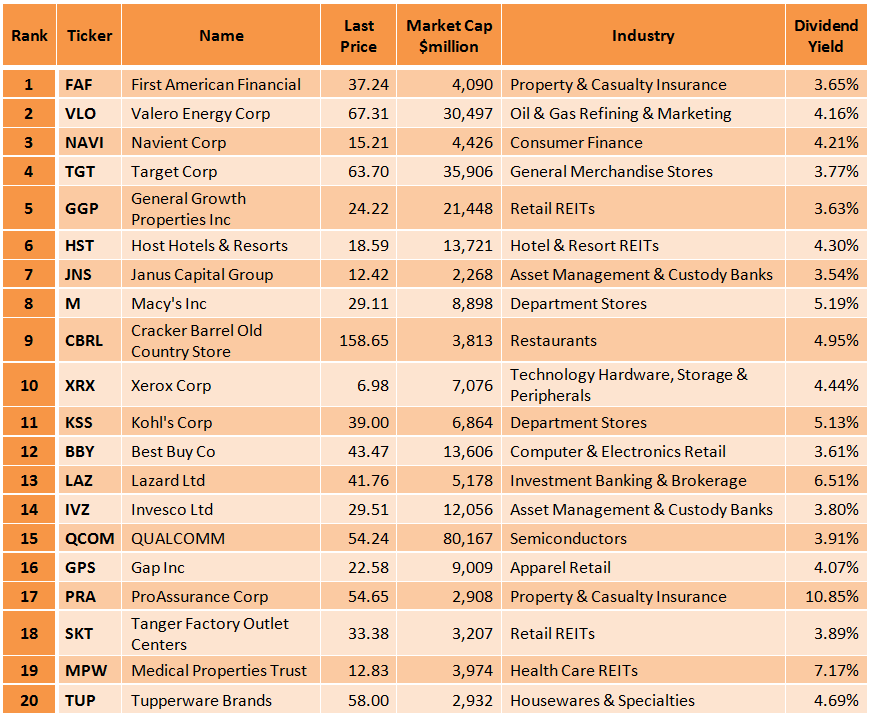 In order to find out how such a screening formula would have performed during the last eighteen years, I ran the back-tests, which are available by the Portfolio123’s screener.

SEE ALSO  Finding the bull stocks in your portfolio

The back-test takes into account running the screen each four weeks and replacing the stocks that no longer comply with the screening requirement with other stocks that comply with the requirement. The theoretical return is calculated in comparison to the benchmark (Russell 1000 index), considering 0.25% slippage for each trade and 1.5% annual carry cost (broker cost).

The high-yielding dividend growth stocks screen has given much better return during the last eighteen years than the Russell 1000 benchmark. The Sharpe ratio, which measures the ratio of reward to risk, was also much better for the screen. The 18-year average annual return of the screen was at 11.56%, while the average annual return of the Russell 1000 index during the same period was only 3.86%, as shown in the chart and the table below. 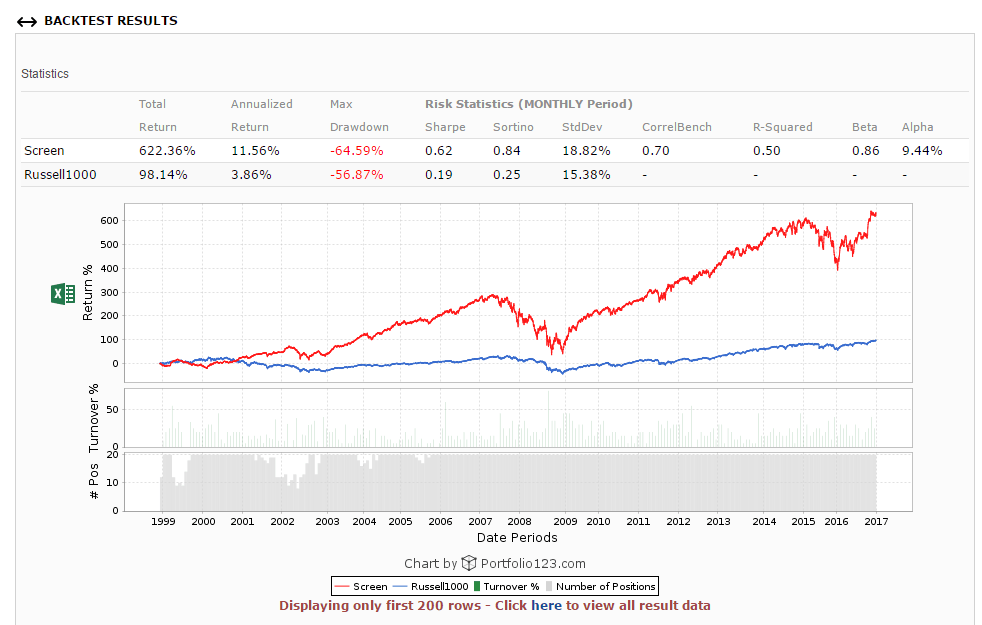 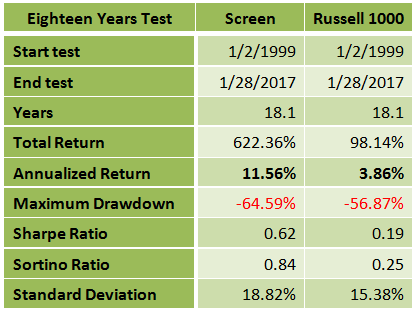 The method introduced in this article could be used by investors to get a superior return by investing in a portfolio of large cap stocks.