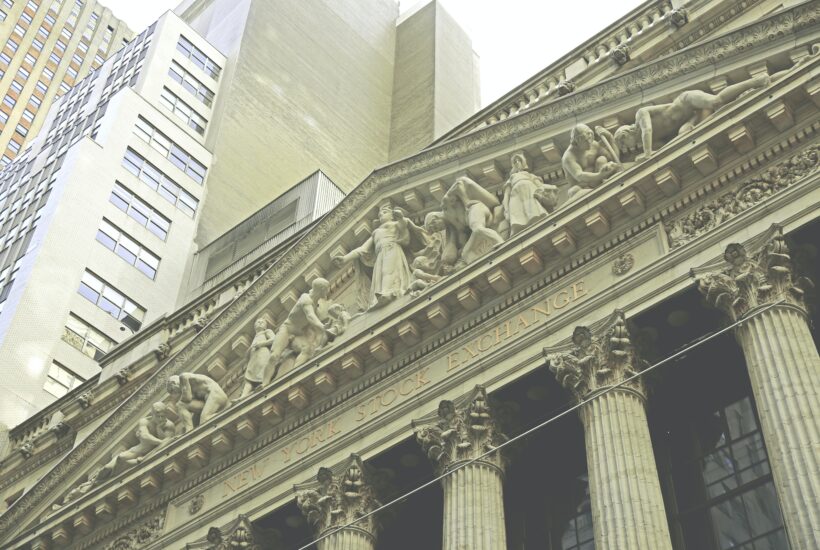 In an era when newscasters struggle to make mountains out of molehills, forced to fill twenty-four-hour networks and infinite internet space, 2022 seems ready to feed the appetite. How quickly the mundane can become a headline, all at once.  Just Russia being Russia practicing military drills on the border of another small country.  Now a gruesome full-scale war without an end in sight.  Another flareup of Coronavirus that everyone is tired of hearing about.  Now a nationwide shutdown of the world’s biggest manufacturer- China.  A transitory form of inflation left over from stimulus and missing microchips pushing up used car prices.  Now the fastest rate of inflation seen in four decades.

Every year, era, and generation has its chance to claim it’s a crazy time to be alive, that we ain’t seen nothing like this before.  But, through it all, the stock market, perhaps the most transparent and well-recorded barometer of money, business, economics, and human emotion, has bared witness.  The stock market itself does not have emotion or loyalties, doesn’t always care to make sense, and does not answer to anyone.  It is just a reflection of it all.  So, what do we make of 2022, and have we actually seen something like this before?

Let’s start with the facts:  The market is down.  At the time of this writing, the S&P500 is down 21% year-to-date, currently sitting at 3,773, which it was last at in January 2021.  Every major sector of the S&P500 is in the red, except for energy, which is up 34%.  Granted, energy only makes up 4.8% of the weight of the S&P500.  Growth companies (those with higher Price to Earnings multiples) are doing about twice as bad as Value companies.  Even perceived save havens are hurting as the Bloomberg US Aggregate Bond, a broadly recognized fixed income index, is down 11% year-to-date.

With new headlines each day, it’s easy to overlook how exactly we got here.  In the month of January, the market fell 5.86% on rumors of inflation and reports of low holiday spending amidst the Omicron variant.  Then the obvious accelerant to the market downturn was Russia’s invasion of Ukraine in February and the immediate effect on global oil prices.  While energy usually does not play a large role in long-term inflation (i.e., the average price of a gallon of gas in 2005 was $2.38 and in 2020 it was $2.24[2]), it does play a big factor in short-term inflation.  Skyrocketing gas prices may have been the straw that broke the camel’s back, a camel already succumbing to an economy flooded with purchasing power.

This solidified the Fed’s stance that interest rates must go up and must go up quickly.  At its June meeting, the Federal Open Market Committee (FOMC) voted to raise the Federal funds’ target rate range by 0.75%, the largest increase since 1994, to 1.50%-1.75%, and kept the door open for another 75bp increase at its July meeting.  Their dual mandate is to control inflation and unemployment.  With unemployment near record lows, the interest rate lever was ready to be pulled.  As I’ve addressed in detail in prior articles and on my podcast (“Understanding the Fed’s Rate Hike”), the purpose of higher interest rates is to balance supply and demand, by stripping the economy of liquidity and excess cash to lessen consumer demand across the board, easing the burden on supply shortages.  The Fed essentially said, please slow down economy.

Every finance conversation begins with, “Past performance does not guarantee future results.”  This is true, but the past can at least hint at some patterns and show us what the economy likes and doesn’t like.  While the stock market has certainly gone up over time, temporary dips are par for the course.  Sometimes they are bigger than others and sometimes they last longer than others, this severity and length of severity is what matters most.

Since 1980, the S&P500 has experienced average intra-year drops of 14.0%.  An intra-year drop refers to the biggest decline from a peak to a trough inside of a calendar year.  Despite the S&P500 witnessing a pullback in every year, the annual returns were positive in thirty-two of the past forty-two years.  While that is encouraging, the largest intra-year drop so far in 2022 was from the first trading day of the year, January 3, through the lowest point of the year, June 16, which was a decline of 23.55%.

While every downturn has a variety of factors at work, there are some widely agreed-upon causes.  Since The Fed and their hawkish action seems to be at the forefront of this year’s downturn, let’s also include the climate of their dual mandate (inflation and unemployment) in each scenario.

Starting with the years that finished positive, the 1987 stock market crash happened very quickly on “Black Monday” (10/19/1987).  Markets had become overvalued after five straight years of growth.  As the market began to correct itself, a new computerized strategy involving “portfolio insurance” caused many traders to automatically begin shorting the stock market which exasperated the downturn.  In 1987 inflation was 3.7%, unemployment: 5.7%, and the Fed Funds rate: 6.66%.

2009 came on the rebound of the Great Recession as the Fed cut interest rates and major banks and financial institutions were bailed out by the government as being deemed “Too Big To Fail.”  Inflation was 2.7%, unemployment:  10%, and Fed Funds rate:  0.16%.

The other positive year, 2020, was a crash directly caused by the Coronavirus pandemic shutting down much of the global economy.  The Fed cut interest rates to rock bottom and began quantitative easing to flood the economy with capital, while the White House designed trillion-dollar stimulus bills.  In 2020 inflation was 1.2%, unemployment:  6.7%, and Fed Funds rate:  0.36%.

The reddest in recent memory, the 2008 Great Recession, was mainly blamed on real estate.  Low-interest rates, easy credit, poor regulation, and subprime mortgages all drove an enormous new investment sector of securitized mortgages in the form of collateralized debt obligations (CDO).  Then again, the bubble burst.  On October 9, 2007, the Dow hit its pre-recession high of 14,164 and by March 5, 2009, it hit its low of 6,594.  At the time, inflation was 3.8%, unemployment:  7.3%, and Fed Funds rate:  1.92%.

Back to The Future

The stock market has always been viewed as a forward-looking economic indicator, meaning as soon as knowledge becomes public knowledge (i.e., The Fed wants to raise rates), the stock market is instantly factoring in this news and its possible outcomes.  The efficient market theory (EMH) is not perfect, but it is an accurate hypothesis especially in today’s world of fast news sharing and instantaneous trading.  Other assets may not be so quick to report their scores.  For instance, a tip on real estate does not mean you can or will sell your house today.  It may take a month, two months, or a year.  Whereas with an economic tip, a portfolio manager can sell an entire investment this second.

Investors are often comfortable throwing their money into a rising market.  It’s easy to follow the herd and cast astray hesitations of, “We’re at an all-time high”, as any chart of the stock market will reveal that it is often breaking all-time highs.  For instance, a seller content with the all-time highs of 2013 and a Dow in the 15,000’s could have missed a historic bull market.  But throwing money into a falling market can be an uncomfortable ask.  Fortunately, “all-time lows” historically are not revisited.

So, despite popular sayings of buy the dip, rush to buy when everyone sells and rush to sell when everyone buys, or get greedy amidst fear and fearful amidst greed, market timing can be a risky game that no one has mastered.  Sadly, there is no foolproof pattern at the peak or the trough, no wait three positive trading days, or for a 10% gain, or some other signal for the seller to reenter the markets.  For long-term investors, history suggests to find a plan that meets your risk tolerances and then stay the course.  Along the way, dollar cost averaging is a useful strategy to remove emotion and human error by allowing systematic investments to naturally buy less quantity at market highs and more quantity at market lows.  Only time will tell how 2022 ends and what else the Fed has up its sleeve, but investors can take some solace in the fact that dips are an unavoidable aspect of investing.