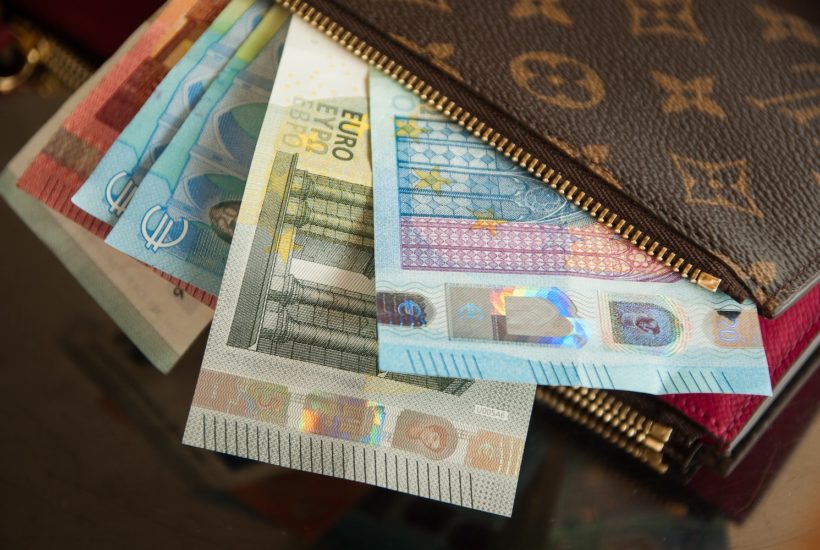 David Stockman, Dr. Lacy Hunt and I agreed on a lot of things last week at the seventh annual Irrational Economic Summit in D.C.

In the September issue of Boom & Bust, I talked about corporate debt being the greatest threat globally this time around. The worst is in the emerging world that used cheap printed dollars from the developed countries, primarily the U.S, to fund a debt binge concentrated in the corporate sectors. But our corporate sector also added a lot to their debt and only 39% of their bonds are investment grade, with 39% BBB and 22% junk.

Last time the bigger binge was by consumers playing the great housing bubble. With low rates and a good economy, why not buy a bigger house, or a vacation house, or speculate in a few to rent out and/or flip.

So, I’ll start with consumer debt and a slide from David Stockman’s presentation at our recent IES conference in D.C.

Peak debt: Household leverage went from historic 80% of Wages & Salaries to 180% — today 90% of households too broke to get “stimulated” by Fed’s cheap rates.

Hence, households have not been the big borrowers this time around.

Peak debt: Business debt up by nearly $10 trillion since the turn of the century —But overwhelmingly funded financial engineering and recycle to Wall Street, not productive assets on main street.

Again, consumer debt grew more from 2000 to 2008 and corporate debt more from 2010 to 2019. Consumers speculated more on housing in the first bubble and corporations did worse this time around. They speculated on their own stocks: $5.7T since 2009! Oh, that’s the exact amount of the net debt increase since then.

Housing fell 34% last time and could fall closer to 50% this time. But those corporate stocks could fall 80%+. How foolish the corporate CEOs and boards will look… the dumbest money in history – not for shoe shine boys anymore.

So, who’s going to be more in trouble this time around with 61% of their corporate bonds not investment grade – BBB or less including 22% junk bonds?

(Featured picture by Pixabay via Pexels)