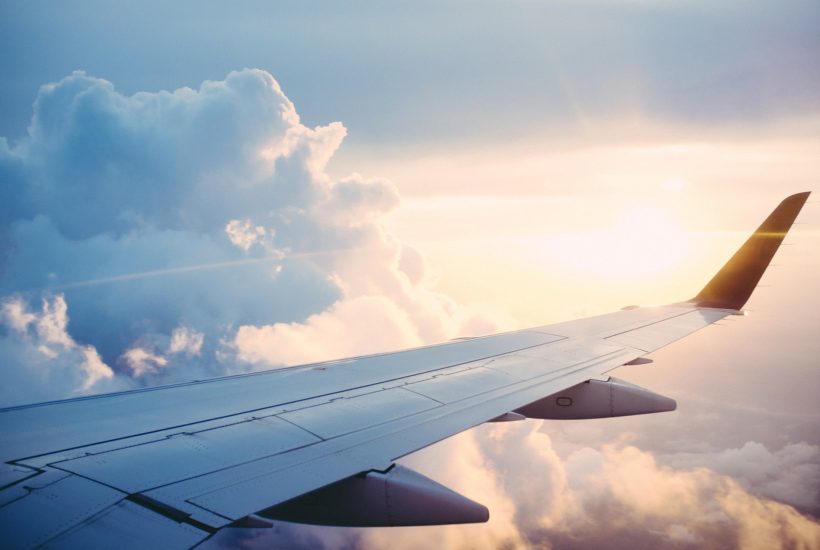 A good overview of air travel prospects in Africa is provided by IATA’s free interactive map. The International Air Transport Association updated travel restrictions due to the coronavirus pandemic several times a day.

IATA marked in dark blue the countries where the restrictions are total. In light blue, countries with partial restrictions and in grey countries with few restrictions. However, the dominant color in Africa is dark blue. This is the situation to date. It is confirmed by a Flightradar image of the African sky which appears almost empty while activity has resumed on the other routes.

Read more about the difficult situation of African airlines and be the first to find out the most important economic news in the world with the Born2Invest mobile app.

Airline companies are waiting for the states to open their borders

From July 1st, with the liberalization of access to European countries, some countries will change to light blue, imposing a health check on arrival in African countries, and a quarantine which can last from 5 to 21 days or even “self-isolation”. Some constraints are surprising, such as suspended flights to Morocco, but “this does not apply to VIP flights with an authorization issued by the Ministry of Foreign Affairs of Morocco.”

In Tunisia, more quarantine is expected in July, and tests for tourists. Air France resumes its flights to Tunis and Djerba. IATA recommends the Tunisian government to bring financial support to a sector which ensures nearly 100,000 jobs.

Flights will resume “between Egypt and countries that are reopening their airspace,” said Mohamed Manar, the Minister of Aviation, Sunday, June 14th, in Cairo, where a reduction in airport taxes and fuel costs were announced.

In Senegal, the authorities are preparing to reopen domestic services. Air Senegal, the young international airline that serves Paris, among others, is waiting for the green light: “We are closely following the reopening of the borders and are ready to resume our flights.” The same goes for the Senegalese regional airline Arc en Ciel Aviation, which during the last quarter focused on medical evacuations.

Ethiopian Airlines maintains some passenger flights to countries that have not closed their borders. The Addis Ababa-based company has also been able to adapt by converting some of its aircraft to cargo transport, a currently very profitable activity that lacks capacity.

Bankruptcies among the airline companies

The situation is very difficult for South African Airways, which was already bankrupt before the pandemic. The company plans to return 19 of its 40 leased aircraft and is renegotiating the terms of the leases of some 20 aircraft. In the meantime, flights to South Africa have been suspended. A $600 million rescue plan is being prepared with, as a first step, a fleet reduced to six aircraft between July 2020 and February 2021 and a staff of 1,000 employees.

Another country and national airline in distress, Mauritius and Air Mauritius are keeping a low profile. Despite almost complete deconfinement, access to the island will remain closed to foreigners until August 31st inclusive, except for special repatriation or cargo flights. Tourism, Mauritius’s main resource, is expected to stagnate this summer.

Air Mauritius has relied on judicial administrators, who have six months to relaunch the company. The closure of traffic affects Air France, Corsair, Air Austral, Emirates, British Airways, Lufthansa, etc., among others. On the neighboring Reunion Island, traffic is gradually starting up again. Only connecting flights to Mayotte are maintained.

Uncertainty still reigns over the hajj

Saudi Arabia has still not decided on the course of the annual great pilgrimage to Mecca. Outright postponement or access to a limited number of pilgrims are two possible options for a decision that would be incessant.

With 2.5 million worshippers last year coming mainly by plane, the event generated a significant west-east traffic over Africa, expected this year between the end of June and the end of August. Indonesia, the most populous Muslim country, gave up, as did Malaysia and Singapore. Senegal has suspended formalities while Egypt, Morocco, Turkey and Lebanon await the choice of Riyadh.

SEE ALSO  Why should banks and FinTech operators ally?