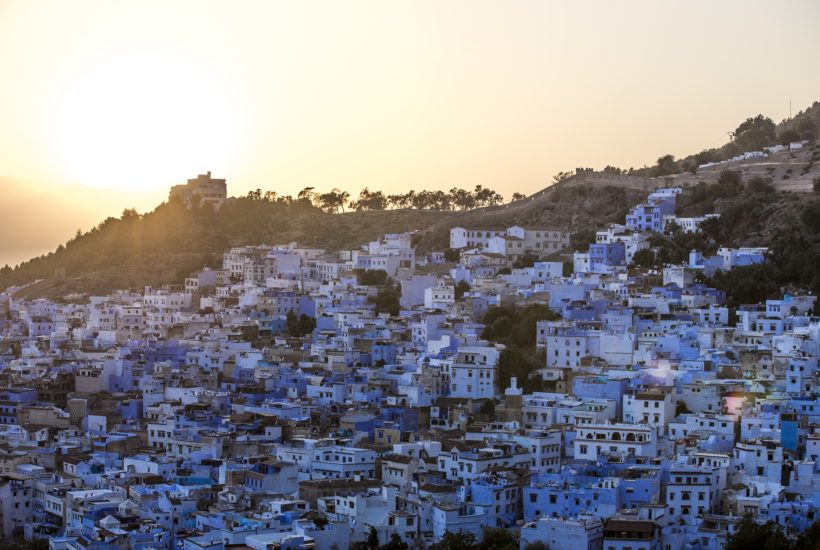 Just as France and Germany cannot escape the comparison of their economic and health policies, in the Maghreb, Morocco and Algeria, two emerging economic powers, are often opposed in their approaches to the management of the COVID-19 pandemic. The issue is a sensitive one, as shown by the controversy sparked by the remarks of Dr Matshidiso Moeti, WHO Regional Director for Africa, who at a press conference ranked Algeria among the three high incidence countries in Africa.

In response to what is described as “gross misconduct”, the Algerian Scientific Committee in charge of the pandemic, “denied en bloc the conclusions of the regional director,” describing her position as “exceeding her prerogatives, which could be driven by selective considerations, rejected in substance and form”. It should be noted that Morocco is not part of the WHO Africa Division but rather of the WHO Eastern Mediterranean Region.

Read more about the economic impact of the COVID-19 pandemic in Morocco and Algeria and discover the most important business headlines with our companion app, Born2Invest.

Figures that speak for themselves

With a population of 42 million and 36 million respectively, Algeria and Morocco very early on implemented restrictive measures financed by the reserves accumulated thanks to the oil windfall in one country and by the proceeds of exports of phosphates, goods, and services in the other. The Cherifian kingdom decreed the general confinement on March 17th, its eastern neighbor preferring to isolate first Blida, the epicenter of the epidemic, before extending the confinement to four provinces.

The approach to deconfinement is just as different between the two nations, with Algiers having decided to maintain partial containment while easing the curfew in most of the country, while Morocco has postponed the lifting of restrictions until July 10th. In Algeria, partial confinement at home remains mandatory in 29 of the country’s 48 wilayas (prefectures), including Algiers. In Morocco, the country is divided into two zones, the first representing large cities, kept in a confined situation, and the rest of the country made up of rural localities, completely deconfined.

Both countries have adopted the same health approach by requisitioning locally produced chloroquine, reactivating production sites and bringing themselves into line with Professor Didier Raoult. For $0.31 (40 dinars) you can get a mask (compulsory wearing since May 24th) in Algeria. The country is targeting 10 million units per month, counting on 75,000 artisans and housewives. In Morocco, the mask, which is also compulsory, is sold at $0.22. The kingdom, which has grown rapidly to more than 5 million units, is positioned for export to Europe and Africa. Thus, 8 million masks and 30,000 liters of gels were transported to 15 “friendly countries” on the other side of the Sahara.

Morocco has set up a special COVID-19 fund endowed with nearly $3.37 billion (€3 billion), financed by the State and the private sector. Algeria has done the same, providing direct support to its population.

While Algeria, faithful to its guideline, refuses to appeal to the IMF, preferring to drain 50% of the state’s operating budget, Morocco has for the first time requested a precautionary and liquidity line from the International Monetary Fund to the tune of $3 billion.

On the labor market, the Moroccan Central Bank, on the basis of a survey by the Office of the High Commissioner for Planning (HCP), also reported the destruction of nearly “726,000 jobs, or 20 percent of the workforce of organized enterprises.” In Algeria, the unemployment rate has risen from 15% to 27%, opening the door, as in Morocco, to economic stimulus policies based on employment.