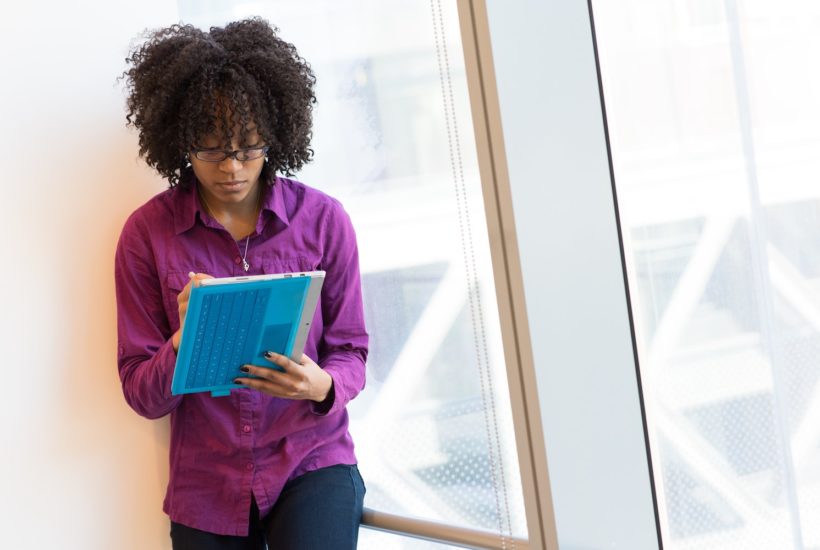 With 600 engineers leaving the kingdom every year, the French and Moroccan governments have begun a dialogue to find solutions.

Since his arrival in France, he has already been promoted twice and has benefited from internal training, paid for by his company in order to become a referent on specific software. “I would never have had access to all this in Morocco,” said the young man, two-thirds of whose former colleagues have also arrived in France.

View the latest business news about the world’s top companies, and explore articles on global markets, Africa, finance, tech, and the innovations driving us forward with the Born2Invest mobile app.

More qualified missions, better management, access to a better public service in health and education were also factors in Zakaria’s departure, as for many others. “The current context, with prison sentences for expressing his opinion on social networks, does not make you want to come back. Just like corruption or the fact that in Morocco you have to come from a good background to get interesting jobs. There is no such thing as social climbing,” said the young engineer.

During a visit to Rabat on Friday, January 31st, the French Minister of the Economy, Bruno Le Maire, announced new Franco-Moroccan cooperation in new technologies to “prevent the brain drain.” The announcement was made with his Moroccan counterparts, as 600 engineers leave the kingdom each year to work abroad. Many of them are mobile developers, system architects or big data consultants and mainly go to France.

“I want to boost my career”

“Our voice has finally been heard,” said Saloua Karkri-Belkeziz, president of the Moroccan Federation of Information Technology and Telecommunications (Apebi), which has been fighting since 2017 to keep talent in Morocco. However, she remains concerned that “the flight continues” and recalls that “several companies have announced a 30% salary turnover rate in 2019. A figure that has doubled in five or six years.”

SEE ALSO  From Disordered Climate Transition to Social Breakdown: the Global Threats in 2022

In fact, Moroccan engineers are directly recruited in Casablanca during campaigns organized in the conference rooms of the economic capital’s major hotels. On Saturday, February 15th, about twenty young women and men passed a French test. The first test of a long day of exams and interviews. At the end of the day, they had a potential permanent job in French IT services and engineering companies.

Like others, Sintegra organizes these recruitments almost every week in Morocco, but also in Tunisia. Its promise: “To enable all talented North African engineers to gain solid professional experience in France.” Abdelilah, an engineer, came to one of these recruitment sessions because he doesn’t feel sufficiently valued in Morocco. “I want to boost my career with more qualified missions,” said the young Moroccan, who already sees himself moving to the other side of the Mediterranean.

In fact, French companies are interested in young Moroccan talents who have a good knowledge of the French language and culture. “Our students are quickly operational in companies,” boasted Amine Zniber, director of the Supinfo school in Casablanca, where more than 60% of the winners work abroad, especially in France. “Our programs are constantly readjusted to keep pace with technological advances,” he said.

Profiles that are attractive in the face of the lack of skills in France. “A lot of projects are developing with Emmanuel Macron’s policy, in which digital is the main focus. These recruitments have also accelerated with the French Tech visa, which allows you to obtain papers in a very short time,” said Saloua Karkri-Belkeziz, from Apebi.

Shortage of qualified IT staff, high turnover, waste of time in recruiting and training. In Morocco, collateral damage is numerous. However, the needs of Moroccan companies are increasing with the administration’s desire to digitize. “Efforts must be made. It is not enough to recruit computer engineers. We must keep them, by being more attractive and by improving human capital management,” said Amine Zniber, according to whom awareness is growing.

For Saloua Karkri-Belkeziz, the solution lies in training. “We are working on a project to retrain young science graduates with Anapec (Moroccan employment agency), to train 500 students per region, or 6,000 per year. I think this will ease the pressure on the job market,” she explained, optimistically. At the university level, we are discussing with the ministry to provide more training, increase the number of digital courses and guide young people from the baccalaureate onwards. “The state must also retain young talent with the development of major projects such as artificial intelligence,” continues Saloua Karkri-Belkeziz. It remains to be seen whether projects will be implemented during the state visit of Emmanuel Macron planned for the spring.

SEE ALSO  How could businesses take advantage of Augmented Reality?

First published in Le Monde, a third-party contributor translated and adapted the article from the original. In case of discrepancy, the original will prevail.