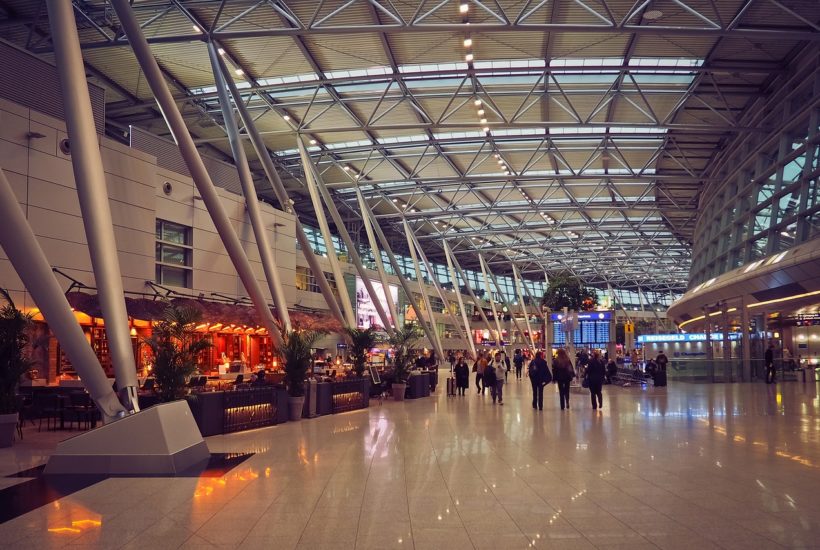 Airports in America are undergoing significant changes as the focus has shifted to long-overdue, critical needs related to modernization.

Finally, there is funding for these efforts. Public officials are preparing to launch thousands of projects with objectives related to expansion, safety, increased efficiency, and compliance with Federal Aviation Administration (FAA) rules. Most of the projects will be large and complicated, and private-sector partners will be in high demand. As the modernization trend sweeps through the country, it is important to note that airport officials share some common priorities.

As airport operations are recalibrated, millions are designated for projects that address long-term issues such as sustainability, infrastructure, environmental stability, traffic congestion, technology upgrades, and security enhancements. And, although the emphasis may be on addressing these very basic concerns, it’s obvious that innovation also is a key component of what airport officials are seeking.

Numerous airport officials, currently in the planning stages of modernization efforts, are considering avports and electronic flying taxis to reduce traffic congestion. Surprising? Maybe not! According to a recent Morgan Stanley research study, the market for electric air taxi-type vehicles will soar to $1.5 trillion globally by 2040.

Flying taxis represent a new area where public and private sector collaboration will be highly valued. Consider this: One day soon you may land at a large airport that affords you the option of moving efficiently to an avport to board an electronic flying taxi. The clean-energy vehicle will whisk you up and away from roadways filled with traffic and deliver you conveniently, comfortably, and within minutes to another avport in the heart of the city. At the second avport, likely positioned on the roof of a tall building downtown, you’ll be able to disembark and move to a floor in the building that offers shared-use business space, a restaurant, and an adjoining area where you can find ride-sharing vehicles to deliver you to any location you designate. The result – significantly reduced travel time, clean air benefits for the city, less stress, and convenient amenities.

Los Angeles World Airports (LAWA), the operator of the Los Angeles International Airport (LAX) and a leader in airport modernization, is involved in a monumental $5.5 billion modernization effort also related to traffic congestion. The objective is to move vehicle traffic more efficiently in, out, and around LAX. The project incorporates benefits that resulted from modernizing the airport’s data collection and storage capabilities. The information provided drove planning decisions to ensure that everything being done will promote sustainability as traffic patterns are designed.

Other airport modernization projects are benefitting from ‘building information modeling’ (BIM) technology. It allows users to create digital, fully realized models of planned facilities. The data captured allow planners to visualize ways to make traffic movement more efficient and convenient. The result is that designers can see ways to enhance every area of a terminal for greatest efficiency.

As recent grant funds flow to airports for specific types of projects, other modernization needs have become apparent. The Indianapolis International Airport was awarded $56.3 million to launch a runway and taxiway project. Using adaptive data-mapping technology, contractors will be able to redesign the airport’s limited outside resources. That will result in a plan that provides greater usage from the current space rather than being forced to expand it.

Muhammad Ali International Airport in Louisville, Kentucky, received $10.6 million to purchase and install energy efficiency equipment with voluntary airport low emissions (VALE) infrastructure. This project will involve the installation of a geothermal wellfield and piping infrastructure that powers the airport’s terminal building. The project will bolster the airport’s sustainability by providing an 80 percent reduction in carbon emissions while using 40 percent less energy.

The Denver International Airport received $16.4 to construct a new 5,000-foot taxiway between its runway and terminal building. Once completed, the taxiway will be able to accommodate quicker aircraft taxiing times and thereby reduce emissions from aircraft idling in between flights. Logan International Airport in Boston also received $11.7 million to modernize its taxiway to address the same issue. There appears to be no doubt that airport modernization efforts are focused on long-term sustainability.

Considering how rapidly airport projects are emerging, airports throughout the U.S. are becoming staging grounds for a more sustainable tomorrow in America.

(Featured image by MichaelGaida via Pixabay)